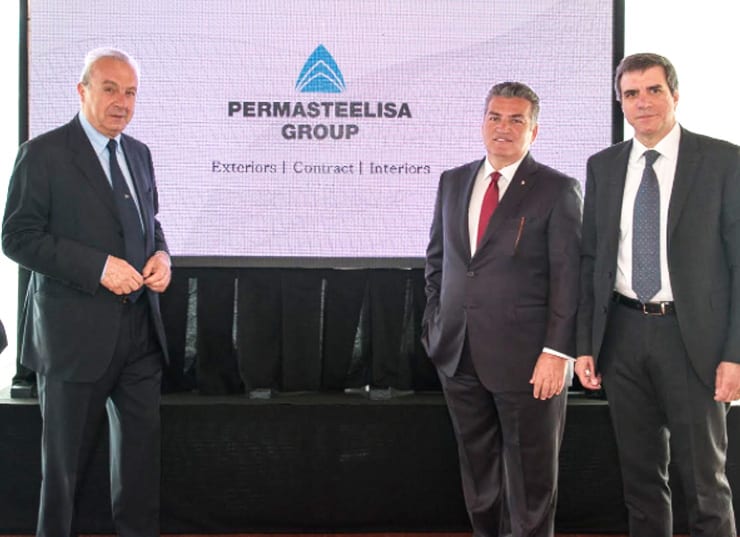 MONACO BUSINESS: The Permasteelisa Group, the contractor key to rebuilding 7 World Trade Centre, announced plans on April 25 to expand to new territories: in Monaco, Greece, Cyprus, Turkey and the Balkans…

Some 150 representatives from construction, architecture, sales, hospitality, healthcare, and the financial and banking sectors, gathered at the Monco Yacht Club on Monday, where the Permasteelisa Group, a world leader in the fields of engineering, project management, manufacturing and installation of architectural envelopes, with a turnover of around €1.5 billion, presented its operations and divisions.

“We are excited to create business in new markets,” said newly-appointed CEO Riccardo Mollo. “As a company specialised in engineering, we see technology as a tool to further strengthen our leading position in the world and to help improve the quality of our cities by reducing the carbon footprint on the environment.”

Konstantinos Tsouvelekakis, the company’s official representative in Monaco, Greece, Cyprus, Turkey and the Balkans, added, “We wanted to announce this great news to Monaco, which is a dynamic, international economic centre. Permasteelisa is the undisputed No. 1 in its industry and at the initiative of many of the most iconic projects in the world, both on external and internal constructions.”

Founded in 1973, the Permasteelisa Group has a network of over 50 companies in 30 countries employing 7,000.

Business & Finance Cassandra Tanti - May 14, 2020
France will reopen bars and restaurants in the country’s “green zones”, including the French Riviera, on Tuesday 2nd June, provided the health situation doesn’t deteriorate.

Business & Finance Cassandra Tanti - November 29, 2021
Olivier Arrindell is not shy about the grand expectations he has for Ava Airways, the airline venture he founded some years ago to properly connect Europe to the Caribbean and the Americas.