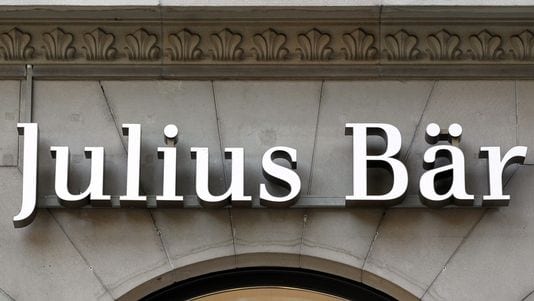 PREMIUM WEALTH: The Zurich-based private bank Julius Baer has announced it is hiring a prominent HSBC executive to run its operation in Monaco, just 18 months after it appointed another high-level private banker from Credit Suisse to do the same job…

UK-based accountants and advisers will face tough new rules if the Treasury presses ahead with a tightening of regulations. Professionals who help people bend the rules to gain a tax advantage that Parliament never intended face tougher fines under new penalties proposed by the UK Treasury. A fine of up to 100% of the tax that was avoided – including via offshore havens – has been suggested in the new rules, which have been published for consultation, the UK press reports.

Currently those who advise on tax face little risk, while their clients face penalties only if they lose in court. The rules would “root out” tax avoidance at source, the Treasury said. The rules in the consultation document also make it simpler to enforce penalties when avoidance schemes are defeated.

“These tough new sanctions will make would-be enablers think twice and in turn reduce the number of schemes on the market,” said the Financial Secretary to the Treasury, Jane Ellison.

Until now HM Revenue and Customs has concentrated on tackling the individuals who don’t pay their tax, while advisers and promoters of tax avoiding schemes have remained shadowy figures in the background.

The intention is that will stop once there is a penalty for the professionals involved of up to 100% of the amount avoided in a scheme.

The government isn’t targeting legitimate ways of cutting tax bills, such as tax breaks for putting money in pensions or Individual Savings Accounts.

The avoidance it’s trying to root out involves bending the rules to gain a tax advantage that Parliament never intended, an alleged abuse which costs nearly £3 billion a year. Accountants see the move as a significant change, which could result in them paying fines even if the advice they give isn’t illegal.

Following the Panama Papers scandal, the five largest economies in the European Union, the UK, Germany, France, Italy and Spain, agreed to share information on secret owners of businesses and trusts. The Treasury said the move would make it harder for businesses and wealthy individuals to operate without paying correct taxes.

Speaking in July, new Prime Minister Theresa May pledged to crack down on tax avoidance, saying “tax is the price we pay for living in a civilised society”.

She said at the time, “It doesn’t matter to me whether you’re Amazon, Google or Starbucks, you have a duty to put something back, you have a debt to fellow citizens and you have a responsibility to pay your taxes.”

However, earlier this month the All-Party Parliamentary Group on Responsible Tax accused the government of undermining efforts to end tax secrecy and said it should force multinational companies such as Google to publish information on their activities in every country where they operate.

Two more German banks are to introduce negative interest rates for clients with large deposits. From April 1, Stadtsparkasse of Munich will introduce a negative rate of 0.4 percent for customers with balances of €100,000 and more and Volksbank of Hamburg is introducing a negative rate of 0.2 percent on balances of more than €500,000. Deutsche Skatbank introduced negative rates in 2014, followed by Raiffeisenbank Gmund last August. The European Central Bank is currently holding hundreds of billions of euros for banks, and lowered its deposit rate to -0.4 percent from March 2016 to encourage banks to keep their money invested in the real economy. In France, the law currently does not allow for negative interest rates, but many banks are hiking their charges and charging commissions and account-holding fees for those with large balances to find a way around the rules. However, customers with more modest accounts can also expect to be caught up in higher bank charges. READ ALSO: Suspected of fraud at Credit Suisse, banker arrested READ ALSO: HSBC shutting down Monaco private bank, clients to transfer to CFM Indosuez