Canada Day at the Fairmont 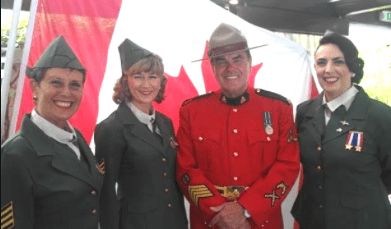 The Canadian Club of Monaco celebrated Canada Day on July 1 at the Fairmont in 1940s style. Some 72 members and friends dined at L’Horizon, the sea-view roof top restaurant at the Fairmont Hotel, where they were entertained with a special performance featuring the music of the Forties with local artists the Lib Day Darlings, the singing trio of Alicia Sedgwick, Colette Marx-Nielsen and Louise Harrison.

The event was emceed by club Vice-President, Fabrice Magini, and included several speeches, starting with a welcome from the highly esteemed club president, France Rioux Shapiro. The MC greeted Mr Denis Nadeau, President of the Canadian chapter of the International Police Association (IPA), Madame Sofia Delaporta, Vice-President of the Russian chapter, and Mr Philippe Turny, former president of IPA Monaco. As a gesture of appreciation Mr Nadeau presented a plaque to the contributors.

IPA is a non-profit organisation in 66 countries that promotes global and cultural friendship among active and retired police personnel.

The Canadian Club de Monaco, which provides a focal point for Canadians living in the Principality, turns 30 in 2017, the same year Canada celebrates its 150th anniversary. The club will be hosting a series of special events across twelve months to mark these memorable dates.

Local News Cassandra Tanti - July 1, 2019
Monaco has sent a delegation to Lebanon to discuss health, education and socio-economic integration of the most vulnerable populations.

Mobility in Monaco next week 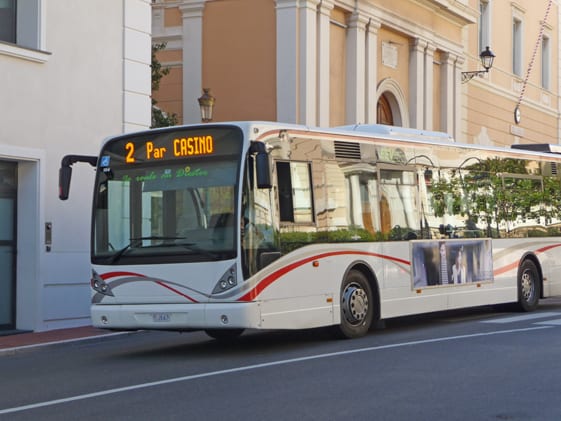 The Principality joins European Mobility Week from September 16 to 22 in partnership with the Electric Vehicle Club, Monaco Sustainable Development (MC2D) and the Monaco town council. The objective of the event is to encourage everybody to move “differently”: on foot, by bicycle, electric vehicle, carpooling or public transport. On the weekend of September 17-18, a celebration of mobility will take place at Larvotto (next to the Rose des Vents), from 10 am to 6 pm, with free trials of two-wheeled and four-wheeled electric vehicles provided by BMW, Renault, Tesla, Go Electrix and ACM. This is an excellent opportunity to get behind the wheel of electric vehicles such as the Twizy, Zoe, BMWI3, E-Mehari or handlebars of electric two-wheelers. The public can also try the electric bikes of CAM and the Twizy Mobee car sharing service. The Mediterranean Institute for Studies and Sustainable Development will present and lead IMEDD games on mobility, while the little ones can participate in Bio-Logika, an educational game to raise awareness of different forms of mobility: car, bike, bus, walking ... and various recreational workshops. On the occasion of Public Transport Day, Saturday, September 17, Monaco Bus Company public buses will be free, while on Sunday, avenue Princesse Grace will be partially closed to motor vehicles in order to enable everyone, young and old, to make full use of a secure area in Larvotto for alternative personal transportation. Three new stations for electric bikes are scheduled to enter service in Monaco, in addition to existing stations. The sites are: Palace Square, Avenue Hector Otto, and Quai Louis II. Additional sites are under consideration for the Condamine and Monte-Carlo.