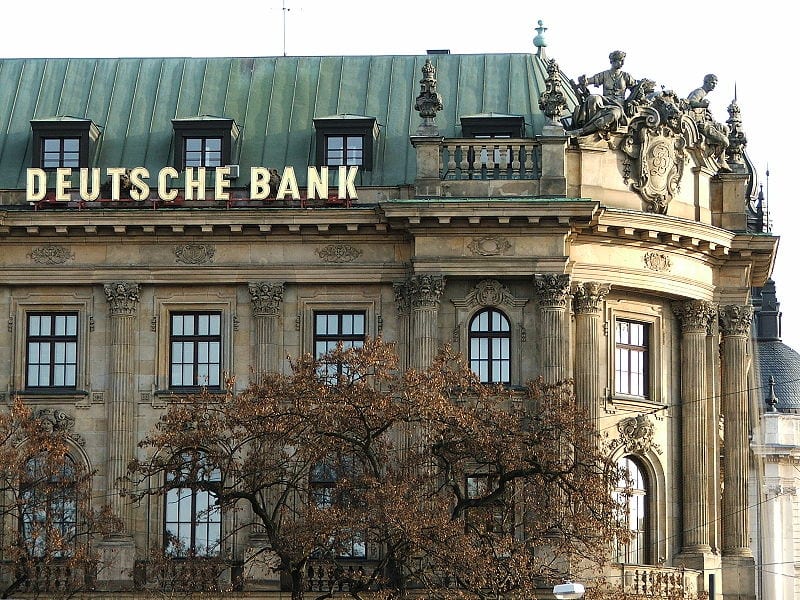 Deutsche Bank has asked a London judge for permission to seek a contempt of court order against Alexander Vik, a billionaire the bank claims is resident in Monaco. The case concerns $288 million (€260 million) in debts from a seven-year-old lawsuit, and the Norwegian-born businessman could be sent to prison if he doesn’t comply.

Vik’s trading company, Sebastian Holdings, sued Deutsche Bank for as much as $8 billion (€7.2 million) over trades that collapsed during the market crash of 2008, one of the largest cases ever heard in the UK, but a London judge ruled against Sebastian in 2013, and Vik was ordered to pay the trading debt, as well as the bank’s legal costs, Bloomberg reports.

The German lender has also accused Vik of setting up sham trusts and transferring assets to family members. In April, a Norwegian court agreed to freeze shares in an Oslo software company that were linked to Vik.

His appeal against the decision of the British courts was denied in January 2016 by the England and Wales Court of Appeal, who said he had to pay. Vik has shown a continuing “pattern of evasion”, Deutsche Bank’s lawyer Sonia Tolaney said at the court hearing on Thursday. “We say Mr Vik has lied.” Deutsche Bank sought permission to serve its application for a suspended committal order against Vik in Monaco, the start of a legal process that could end with him being sent to prison if he doesn’t provide the information the bank is seeking.

Deutsche Bank should not be allowed to “sidestep the important and legitimate hurdles which must be overcome before potentially depriving an individual in Mr Vik’s position of his liberty,” his lawyers said in the filing.

Harvard alumnus Vik made his fortune with internet firm Xcelera Inc., and tried unsuccessfully to break up French media company Vivendi SA in 2006.

According to Forbes, Alexander Vik comes from a wealthy family of fur merchants and has dabbled in everything from closed-end country funds to insurance companies and tech start-ups. Sebastian Holdings, Vik’s trading entity, has ceased its operations, but Vik has other companies, including Norway-based market-research software company Confirmit. A Norwegian who was raised in Sweden and schooled in the Canary Islands, Vik was a former golf champion at Harvard University. An avid collector of art, he has developed luxury hotel properties in Uruguay and opened a vineyard in Chile in 2004.

Business & Finance Cassandra Tanti - September 4, 2019
Ian Sosso is changing the world, one investment at a time. His pioneering vision to help entrepreneurs overcome the “Valley of death” is inspiring, and his methods are rattling the investment world.

Business & Finance Cassandra Tanti - October 31, 2019
Two brothers from the Ahsani family, who ran Monaco-based oil and gas consultancy Unaoil, have pleaded guilty in the United States to being part of a 17-year scheme to pay millions of euros in bribes to officials in nine countries.  The U.S. Department of Justice said on Wednesday that Cyrus Ahsani, 51, and his 46-year-old brother Saman each pleaded guilty in March to one count of conspiracy to violate the Foreign Corrupt Practices Act (FCPA) on behalf of companies to secure oil and gas contracts. They will be sentenced on 20th April 2020, the department said. Steven Hunter, a 50-year-old British resident and former business development director, also pleaded guilty in August to one count of conspiracy to violate the FCPA. U.S. prosecutors said that the Ahsanis, who are British citizens, conspired with others, including multiple companies and individuals, to bribe government officials in Algeria, Angola, Azerbaijan, the Democratic Republic of Congo, Iran, Iraq, Kazakhstan, Libya and Syria from around 1999 to 2016. Cyrus Ahsani, the former Unaoil chief executive, and Saman Ahsani, who was once chief operating officer, laundered the proceeds of their bribery scheme and destroyed evidence to obstruct investigations in the U.S. and elsewhere, claim prosecutors. Hunter participated in the conspiracy by facilitating bribes to Libyan officials between about 2009 and 2015.   Source: Reuters