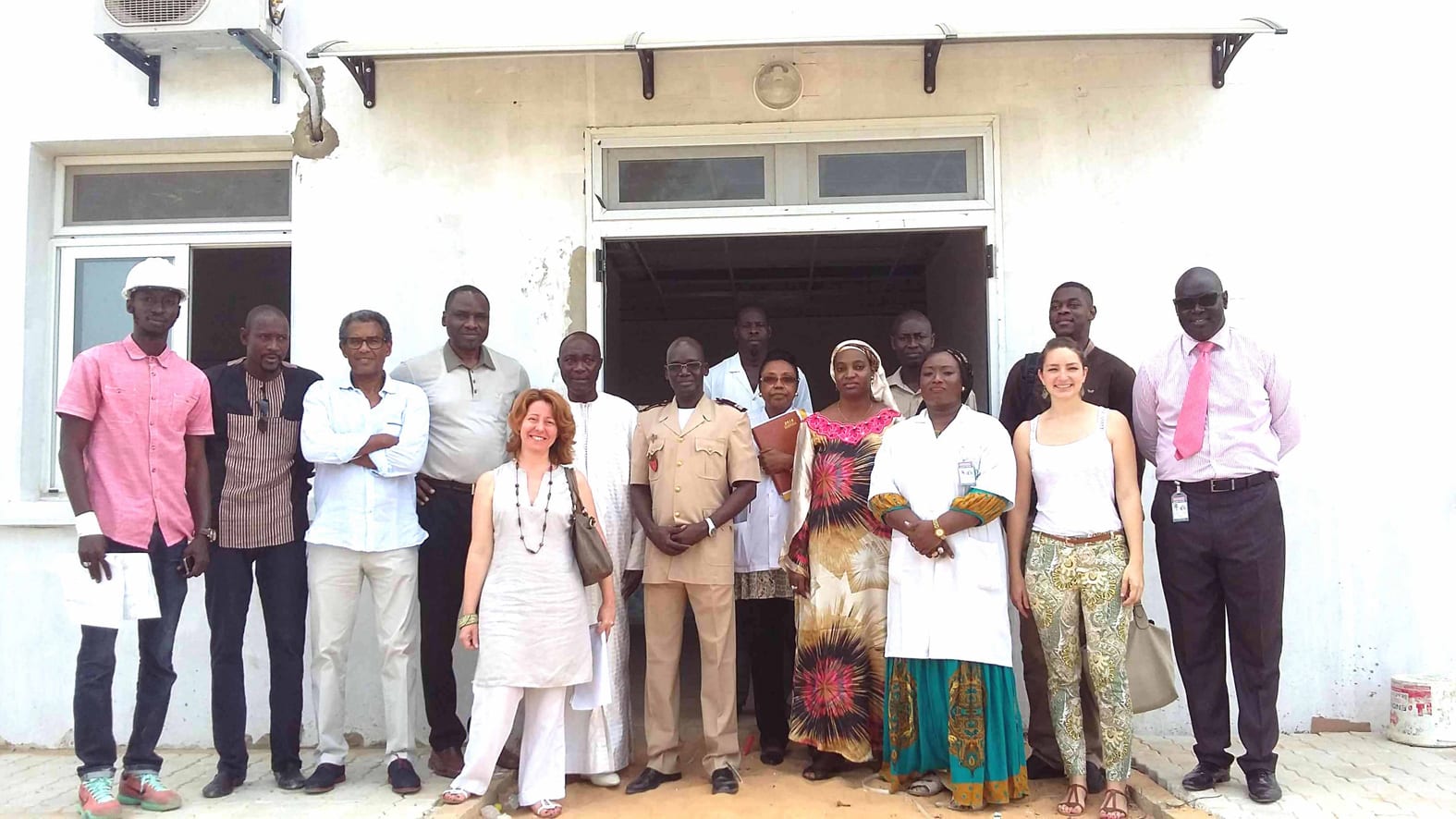 A mission from Monaco’s Directorate of International Cooperation visited Senegal earlier this month to meet with local partners. Discussions took place with the Consul of Monaco in Senegal, Ndiaye Master Guédel, concerning programmes supported and funded by Monaco, in particular the fight against sickle cell disease, the improvement of maternal and child healthcare, socio-professional integration of young people and assistance to victims of trafficking.

A highlight was a visit to the National Hospital Albert Royer for Children in Dakar, whose construction was funded by the Government of Monaco in partnership with the Republic of Senegal. This important ambulatory care unit for children and teens with sickle cell disease, designed by the Monegasque company Eco-System, will be inaugurated in the first quarter of 2017.

Anne-Poyard Vatican, Deputy Director of International Cooperation, spoke in an introduction at the symposium on improving the quality of paediatric care, organised by the GID (InterAcademy Development Group) of the ENSPEDIA programme for Child Care and Paediatrics in West Africa.

A meeting was also held with top officials of the Pikine Hospital in Dakar, as part of the hospital partnership set up with the Princess Grace Hospital. Through this partnership, initiated in 2011, medical cooperation in gynaecologic laparoscopic surgery could develop through Senegalese practitioners attending CHPG training courses and medical missions of CHPG teams to Dakar.

Several other working meetings and visits to projects with local partners supported by the Monegasque Cooperation, AMREF, Investors & Partners, UNODC, GRET, and the Rugby House, were also organised during this particularly busy week.

Business & Finance Stephanie Horsman - August 20, 2020
The business creation competition CCE, organised by the Junior Chambre of Commerce (JCEM), turns 25 this year amidst a challenging but exciting time for new endeavours.

Business & Finance Stephanie Horsman - October 8, 2020
The Monegasque government has announced it will be extending Reinforced Total Temporary Unemployment (CTTR) pay-outs until next spring in an effort to ease financial concers through the winter season.