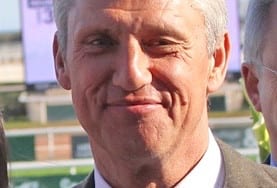 Monaco’s top judicial official has been arrested and placed in custody.

According to a Government statement issued late on Friday, September 22, the prosecutor’s office had opened an investigation against ‘X’ for “trafic d’influence,” a term that in English can cover bribery, corruption or undue use of influence.

The communiqué said that an investigating judge had ordered several lines of enquiry to be opened.

According to Monaco-Matin, on Friday, the judge, Edouard Levreault, ordered the home and office of Philippe Narmino to be searched and Mr Narmino himself was placed in custody, and then later released that night.

On September 12, Mr Narmino had announced his early retirement in order to clear his name over allegations published in the press concerning his relationship with the majority owner of AS Monaco, Dimitri Rybolovlev. He was due to leave office on Saturday, September 23.

This huge scandal is related to the alleged fraud against Mr Rybolovlev involving art dealer Yves Bouvier and touching on Monaco resident Tania Rappo, who strenuously denies any wrongdoing.

In a report published by the reputable French news agency AFP and disseminated widely in the French press, Mr Narmino had enjoyed a weekend in Gstaad in Rybolovlev’s chalet just weeks before the arrest in Monaco of Yves Bouvier as he was on his way to meet the Russian billionaire and art collector in February, 2015.

Local News Staff Writer - February 5, 2018
A wave of cold weather affecting large parts of France will also hit the Principality over the next few days. Meteo France is forecasting overnight lows of 5 and 6 degrees celsius for Monaco from Wednesday, February 7 until the weekend, with a low of 4 degrees at night on Sunday, following a cold and sunny day with a high of 13. The cold spell is expected to last for at least two weeks. Twenty-two French departments - including Ile-de-France, which includes Paris - have issued cold alerts for those sleeping rough. This triggering of the emergency warning will involve the opening of an additional 1,000 emergency overnight sleeping places to add to the 13,000 already in place. The blast of cold air is spreading into France from Eastern Europe, coming into conflict with warmer air from the Mediterranean. Heavy snow and rain can be expected this week across the south and east of France.