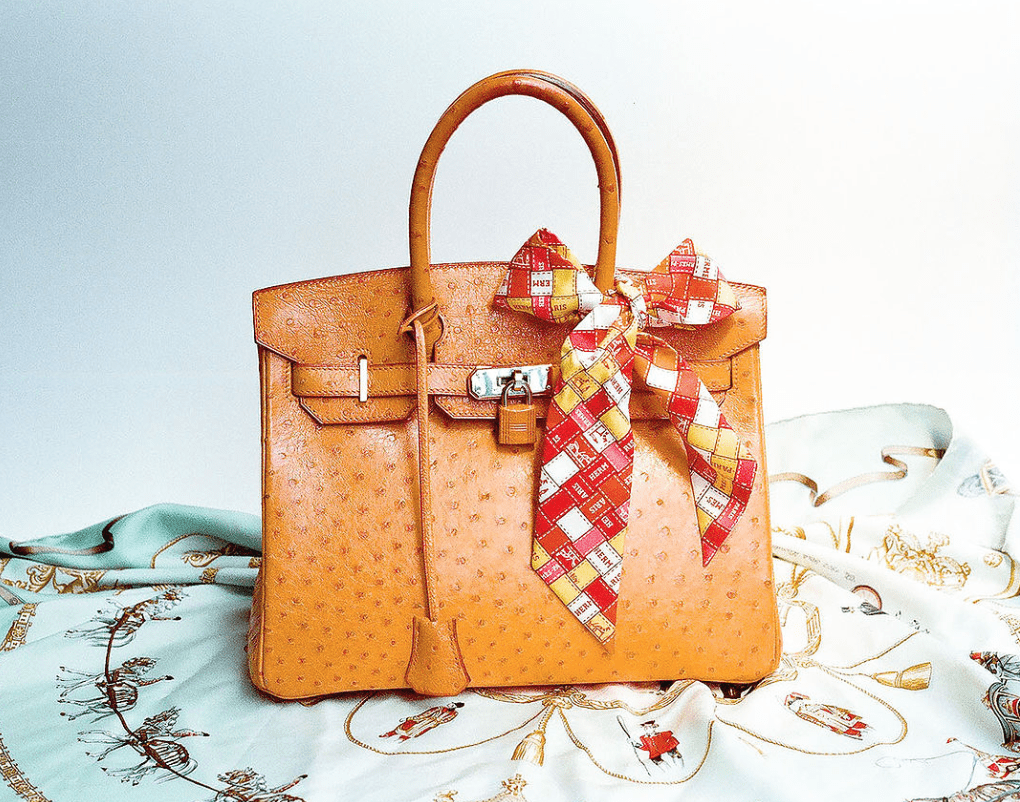 Monaco’s own charity, Mission Enfance, is holding a charity auction of vintage Hermes bags and fine wines on July 21 at the Salle Belle Epoque of the Hotel Hermitage…

The Hermes handbags will be displayed from Saturday, July 16, from 11:00 until 19:00. The auction will be directed by Arterial, supported by the Julius Baer private bank. Funds raised at the event, which starts at 18:00 on July 21, will be entirely devoted to Mission Enfance’s charity work worldwide.

The charity was established in 1991 to bring help to children in distress and its principal focus is on education. Over the last 25 years, a total of 700,000 children have been helped in Afghanistan, Armenia, Lebanon, Ethiopia, Burkina Faso, Syria, Vietnam, Laos and Columbia.

Local News Cassandra Tanti - March 31, 2020
The National Council is calling for widespread testing for Covid-19 in Monaco, saying around 200,000 tests are need for both residents and workers. 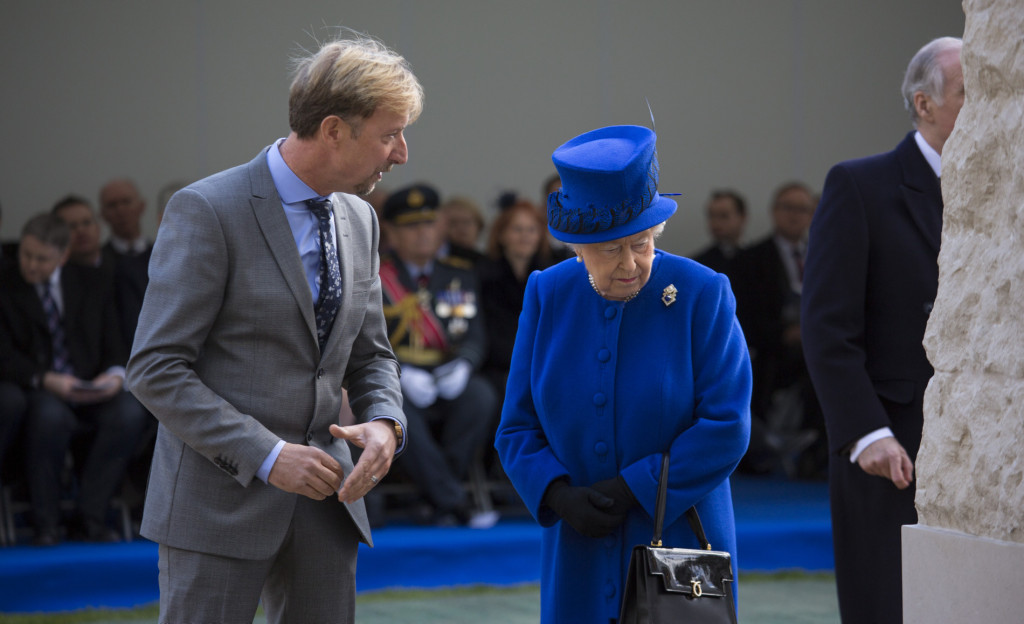 Paul Day with Her Majesty Elizabeth for the unveiling of the Iraq Afghanistan Memorial in March 2017. Photo: MOD[/caption] ML: Is art in your DNA, a talent passed on to you or encouraged by family? PD: It’s very definitely in my DNA. I always drew as a child and had an aunty who was the “family artist” – she painted as a very competent amateur and inspired me with her work. And although my parents met at art evening class, they are not artists but in sales. When I decided to go to art college, only my mother and my aunty were really enthusiastic at the time. Now the rest of the family is proud of my achievements. ML: Were you attracted to art in general, or did you always lean towards sculpture? PD: I thought that I would become a wildlife illustrator but then discovered art history and became interested in narrative history painting. I failed to get places at my first and second choice art schools for painting but ended up being offered a place in sculpture, by accident really. I took it thinking I would transfer across to the painting studio but ended up loving the more physical, manual work of a sculptor, particularly working with clay. ML: How did you get a grant from the Prince of Wales Business Youth Trust, and would your education have taken a different path without it? PD: I applied and received £1000 to buy tools. It was very helpful at the time. I also received some business mentoring. I am sure that it set me on the right course, yes. ML: You say you have a particular interest in “representing the figure in architectural space using high-relief, an art form that combines drawn composition and fully rounded sculpture”. Can you explain this technique? PD: Sure. I basically make three-dimensional paintings. There is a background, often a cityscape. Instead of it being flat, I add volume to the background. Then, I add my figures. It is very much like directing a stage set for the theatre. The buildings and figures are usually squashed up to fit into this limited space, otherwise called foreshortening, and this squashing of form leads to curious and interesting ambiguities of form. The perspective works beautifully when seen straight on but as you move around the sculpture you discover impossible distortions that are needed to make the architecture work properly. It’s a fascinating way of working. ML: Why do you focus on the themes of Urbanity and the City? PD: I like building and crowds and I love to observe people. You can’t do that in a rural setting. People would think you were a pervert. In the anonymity of the crowd, you can observe unnoticed. Buildings and urban landscapes work beautifully in relief and they are also manmade representations of society’s ideals. Buildings are not just functional, they are the embodiment of social values and, as such, are very telling witnesses to civilisation. [caption id="attachment_19597" align="alignnone" width="640"] 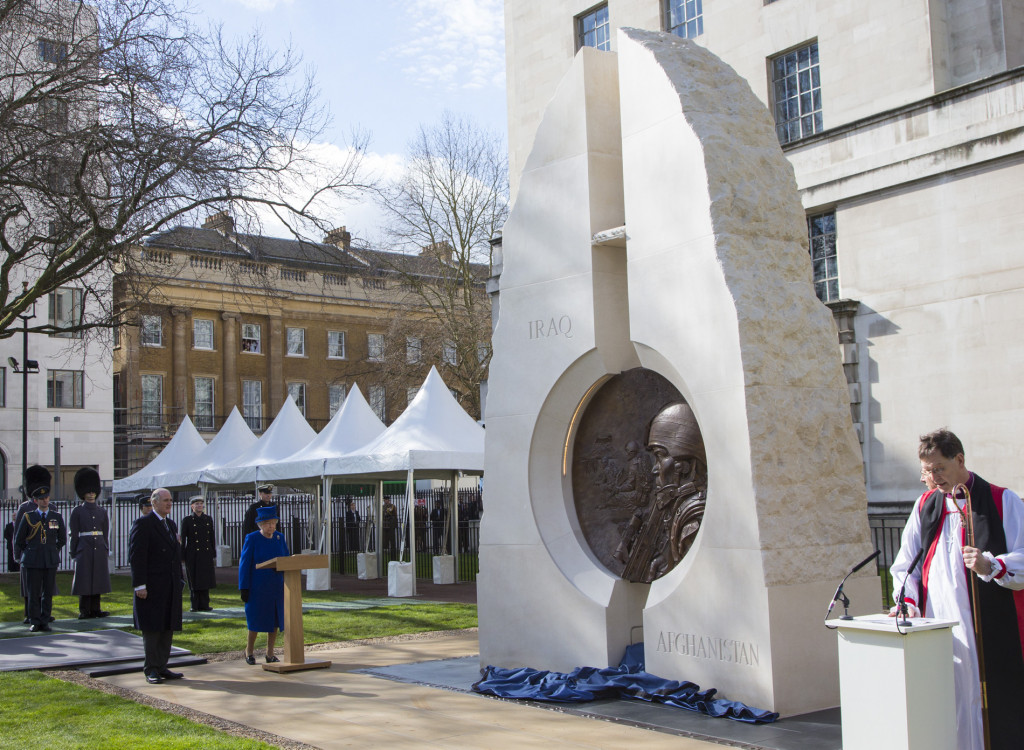 Her Majesty Queen Elizabeth unveiling Paul Day's Iraq Afghanistan Memorial. Photo: MOD[/caption] ML: Queen Elizabeth unveiled your winning monument for the Battle of Britain (BoB) competition, in 2005, and then this year, did the same for the Iraq Afghanistan Memorial. Did you have an idea for the monument upon entering, and how was this project different for you? PD: As I have done a few high profile sculptures in London, I am sometimes told about competitions and invited to join in. After the initial appeal, I was shortlisted along with five other competitors. My ideas seemed to strike a chord with the judges and they awarded me the contract. I have recently won another competition to make a large monument in Liverpool – the same process and am doing my first ever monument in Moscow at the moment. I spend about one to three years on most monuments. ML: This was your fourth royal inauguration in 12 years. How does each inauguration coincide with your evolvement as an artist? PD: Good question, I’m not really sure. I just go with the flow of life and learn with each new project. I am not in complete control of my career but accept the opportunities life offers me with good grace, I hope. [caption id="attachment_19599" align="alignnone" width="640"] 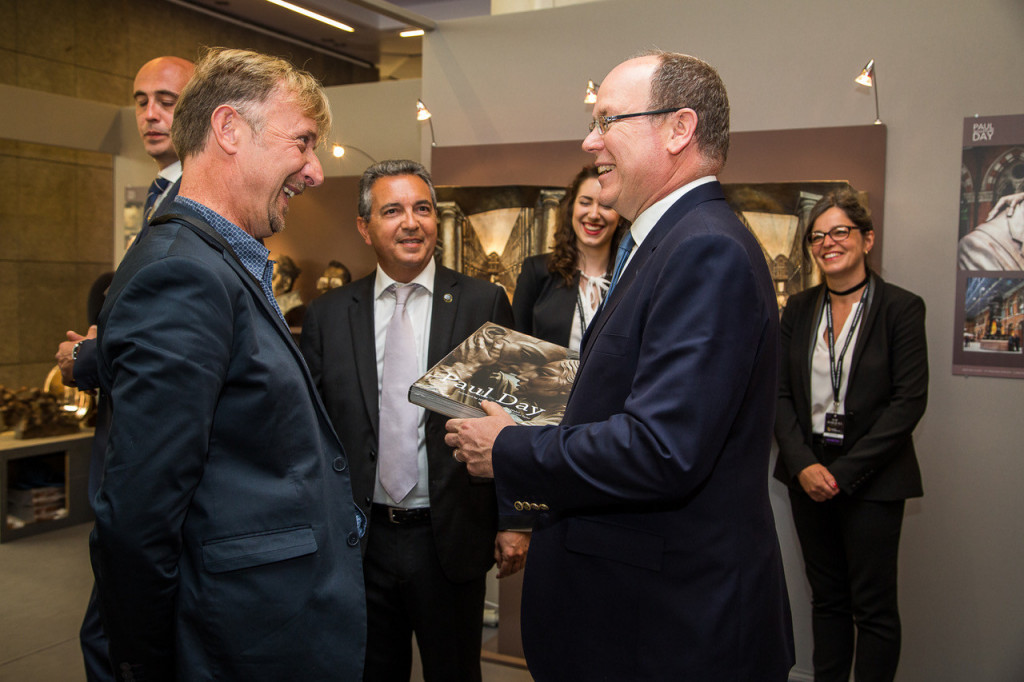 Paul Day with Prince Albert at Top Marques 2017[/caption] ML: You were an exhibitor at Top Marques 2017? PD: I came to Monaco this year upon the invitation of the organisers of Top Marques – I happen to be a petrol head and like cars, among many other things of course. I found it a very enjoyable experience, met lots of super interesting people, and was bowled over by the drama and beauty of Monaco! I loved my visit, and potentially will be back. ML: I see that you presented a copy of Paul Day Sculpture to Prince Albert. PD: Presenting HSH Prince Albert with the book was a fantastic way to start the week at Top Marques. I have not yet been commissioned but would absolutely love to do some work for Monaco. In fact, my next visit will be with camera and sketchbook. I would really like to do a series of sculptures inspired by the architecture and scenery of Monaco – it is unique and breathtaking. There are so many architectural views that impressed me during my visit and these will inspire a series of sculptures for sure. Article first published July 21, 2107. HM The Queen Unveils The Iraq And Afghanistan Memorial  On Thursday, March 9 2017, Her Majesty The Queen, accompanied by The Duke of Edinburgh, attended a Service of Dedication and unveiled the new memorial in Victoria Embankment Gardens, which honours the service and duty of both the UK Armed Forces and civilians in the Gulf region, Iraq and Afghanistan, and those who supported them back home, from 1990-2015. The service of dedication, from a specially conducted Drumhead, with 2,500 invited guests was held on Horse Guards Parade and afterwards a short ceremony was held at Victoria Embankment Gardens, next to the Ministry of Defence, where The Queen officially unveiled the memorial and met a small number of guests. A reception for all those who attended the day's events was held on Horse Guards Parade afterwards. The Iraq and Afghanistan Memorial recognises the contributions by Her Majesty’s Armed Forces and all UK citizens who were deployed in the Gulf region, Iraq and Afghanistan from 1990-2015. The combined events that the memorial covers represent the longest post-war continuous overseas deployment of UK forces (excepting garrison duties), and the most intensive extended period of operations undertaken since the Second World War. The concept of creating a national memorial commemorating the UK’s contribution to both military operations and civilian reconstruction efforts in Iraq and Afghanistan, from the liberation of Kuwait in 1990 through to the end of combat operations in Afghanistan, originated in spring 2014. It had political backing from then Secretary of State for Defence Philip Hammond and then Prime Minister David Cameron. A board of trustees was formed to deliver the project. The current Government strongly backs the initiative, has committed financial support from LIBOR funding and is facilitating the unveiling event. The memorial gives equal prominence to the military and civilian contributions, including the delivery of healthcare and nation-building. The memorial is intentionally not focused on the fallen and bears no names. The memorial honours the several hundred thousand1UK citizens deployed in the Gulf region, Iraq and Afghanistan in the quarter century. Although the military forms the largest group, the diversity of the civilian roles is remarkable and includes education, humanitarian work, healthcare and infrastructure. The Iraq And Afghanistan Memorial was designed by sculptor Paul Day. The Iraq and Afghanistan Memorial is innovative and unique in both the breadth of those it is designed to represent and the 25 year time scale. This is an opportunity not only to recognise the momentous contribution of our Armed Forces but, on a national scale, also emphasise the vital work of civilians from the many Government departments, charitable organisations and contractors.