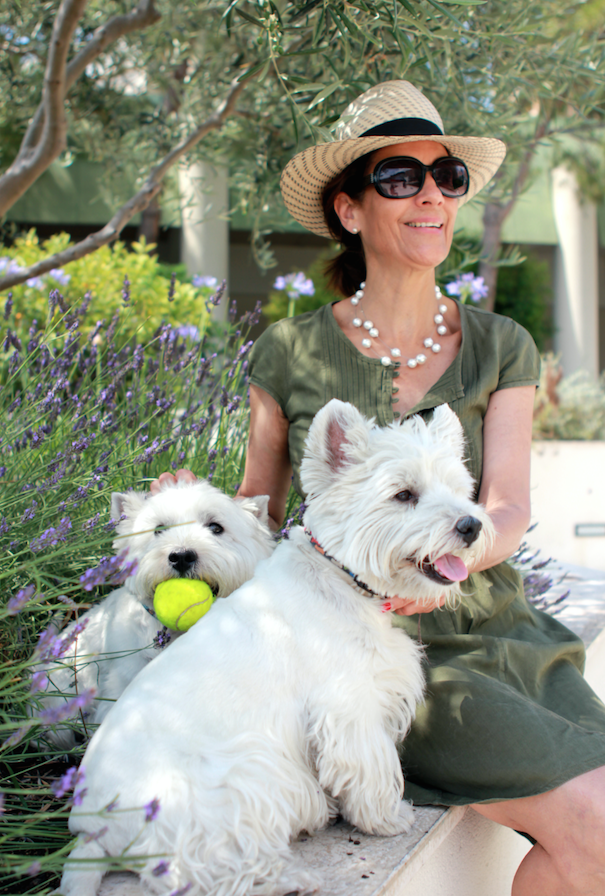 This week I spoke with Vanessa Ilsley, about her West Highland White Terriers, Domino and Nellie.

What do you like about Westies?
‘My husband has always had Westies, they have lots of character and are very loyal.  It’s good to have two together.”

Did you have dogs growing up?
“My parents both worked with dogs professionally and that is how they met.  My mother still has dogs and always has several around, and now runs a German Shepard Rescue Charity.”

Where are your dogs most happy?
“They love London where they can be let off their leash and walk by the river.”

What is the best part about having dogs?
“The unconditional love, and they are always so pleased to see you.  Plus many of the people I know in Monaco, I met through our dogs.”

What are their favourite special treats?
“Some mornings they get a yummy treat: a croissant from Bouchon.”

Do they have very different personalities?
“Yes, Nellie likes to have a perch and keep on eye on everything.  She is also very jealous of other girl dogs.  Domino loves his tennis balls and can play with them endlessly.”

Are they well-behaved?
“Well, mostly, but not always, but they never go far from me.” 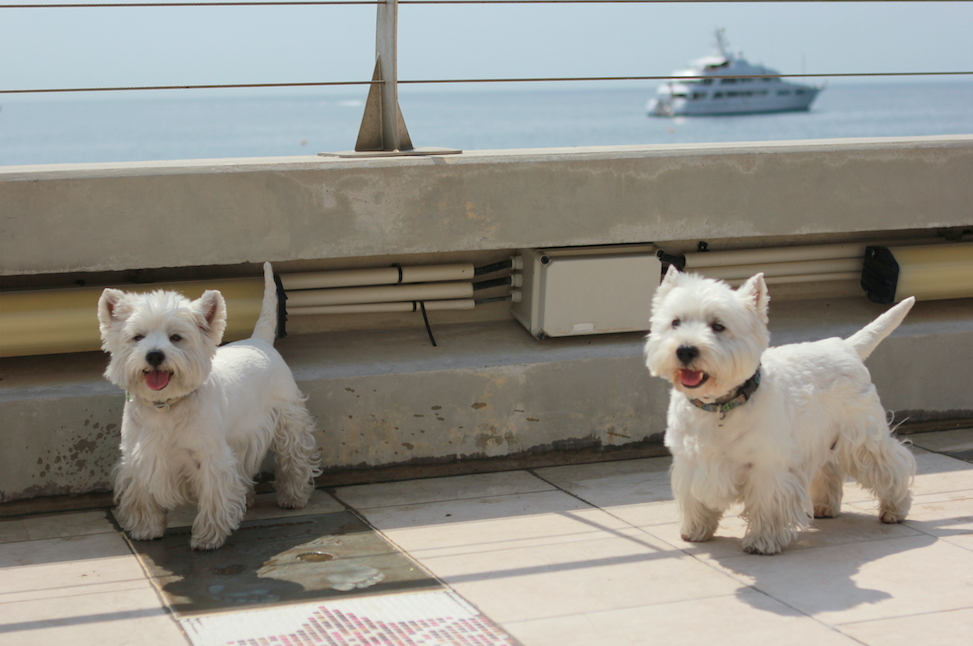 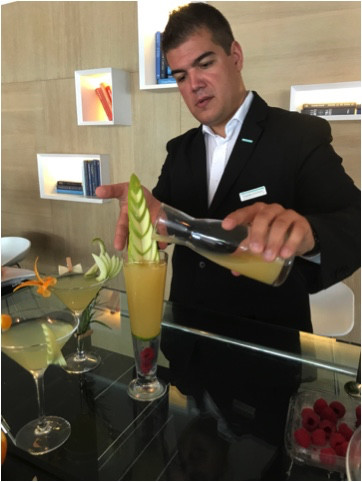 “We want to transform our hotel bar into Monaco’s trendiest cocktail bar," says Yohann Loustaud[/caption] Registration is now open for the Meridien’s new Mixology class, which starts September 19. Set in the sea-front hotel with a private beach in the background, the cocktail course is the initiative of Yohann Loustaud, head bartender of the hotel’s bar, Longitude 7° 26’. “We want to transform our hotel bar into Monaco’s trendiest cocktail bar,” Yohann told Monaco Life. “In the US, when you want to have a good cocktail, you go to a hotel, like in the movies. But in France, you never think about a hotel bar to have a drink … and we want to change that.” The Mixology course follows four keys steps: Learning, mixing, decorating, tasting. Yohann will explain the cocktail ingredients, where they’re from, and how to pair with a spice or aromatic plant. Then, the fun part: crushing ice in a giant shaker and adding syrup, liquor or anything else required. Afterwards, there’s advice on how to decorate a drink with fruit or flowers before the final (and best) part: tasting your hard work. 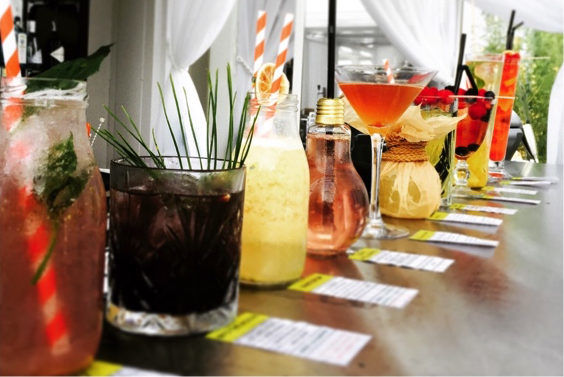 The bar’s top-end ingredients help to make exclusive creations, such as “Absolutely Crushed” – with spicy Sailor Jerry rum, Amaretto liquor and a fusion of violet and frozen pear juice – or “Into the Woods”, a woody blend of chanterelle-infused rye whiskey, maple syrup, chocolate chip and blackberries. Until December, the Merdien travel-themed cocktail classes run every second Tuesday, from 6 pm to 7:30 pm: Eastern Europe (September 19), South America (October 3 and 17), the West Indies (November 7 and 21) and Japan (December 12). The easiest way to travel the world in 90 minutes is now right in Monaco. The Meridien’s Mixology/Cocktails classes (€38) start September 19. Call +377 9315 7888 to reserve or for more information on their wine (€55) or cooking (€98) courses.