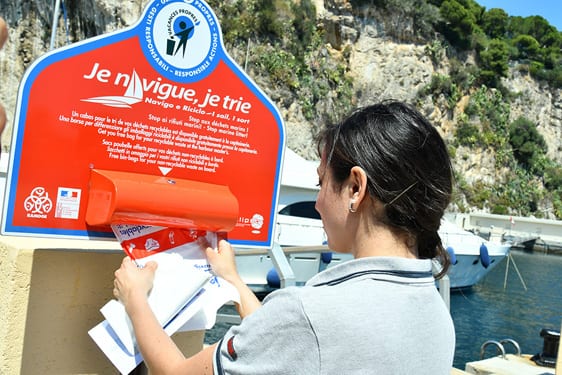 A new programme aimed at reducing pollution at sea has been launched as a combined effort of a French NGO, Clean Holidays, the RAMOGE trilateral commission, and the port authority in Monaco.

“I sail, I sort” was inaugurated on Tuesday, July 19, by the Port of Fontvielle in cooperation with the Department of Infrastructure and Environment. One of the campaign’s slogans is ‘Nothing overboard, all my waste to the port.’ Throughout the summer season leisure sailors can collect sacks for recyclable rubbish from the Port Captain and will have access, free of charge, to bags for non-recyclable items.

There has been marked improvement in the amount of waste recycled at ports in France since the measures were introduced, and during 2015 a total of 111,000 boat captains were involved.  SOURCE: Monaco Government Press Office

Queen Latifah to be given royal honour 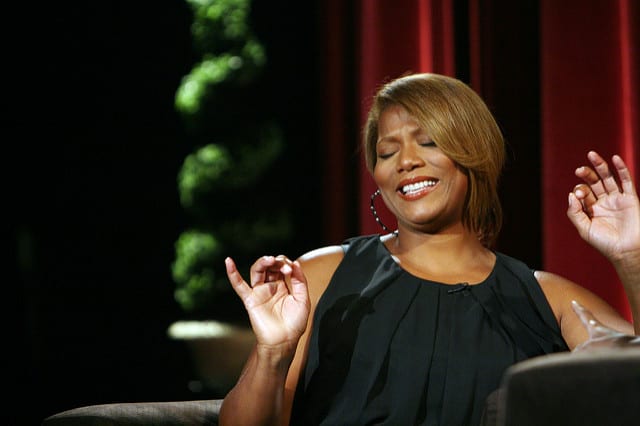 Queen Latifah will accept the Prince Rainier III Award in New York. Photo: Urbanworld Film Festival[/caption] The Princess Grace Foundation-USA has announced that the award-winning actress, singer, songwriter and producer, Queen Latifah, will accept the prestigious Prince Rainier III Award for her outstanding contribution to the Arts and her exemplary giveback. Ms Latifah, whose real name is Dana Owens, will be honoured at the Princess Grace Awards Gala in New York on October 24 at Cipriani 25 Broadway. The evening will be hosted by supermodel, actress, and activist, Naomi Campbell, with a special performance by New York City Ballet’s Tiler Peck (a past Princess Grace Award winner) and Robert Fairchild. The 2016 Princess Grace Awards Gala will continue the legacy of Princess Grace, who helped emerging artists pursue their artistic goals during her lifetime. In total, the Foundation is awarding over $1 million to artists in theatre, dance, and film. In the presence of Their Serene Highnesses The Prince and The Princess of Monaco, the evening is co-chaired by Lisa and Richard Plepler, Katia and Sidney Toledano, and Gillian Murphy and Ethan Stiefel. Major Gala supporters include Christian Dior Couture as Presenting Sponsor and Lady Tina Green and Mrs Lily Safra as Crown Sponsors. The Prince Rainier III Award recognises a renowned leader in the Arts whose own accomplishments are coupled with demonstrated service to their community. Past recipients of the Award include Julie Andrews, Mikhail Baryshnikov, Glenn Close, George Lucas, Denzel and Pauletta Washington, Dick Van Dyke, and Robert Redford and Sibylle Szaggars Redford. The Prince Rainier III Award includes a grant of $25,000 to the philanthropic organisation of the recipient's choice and a uniquely designed sculpture by artist Alex Soldier. HSH Prince Albert II of Monaco said, “We are privileged to present this year's Prince Rainier lll Award to Queen Latifah. She has demonstrated a devotion to helping others throughout her illustrious career as an award-winning actress, musician, and producer. Her deep commitment to AIDS and cancer research and to programmes that help the hungry, youth, women and LGBTQ community, have made a difference in the lives of so many.” PGF-USA Executive Director Toby Boshak stated, “To honour the outstanding artistry and giveback of Queen Latifah in an evening hosted by Naomi Campbell celebrates the arts on so many levels. Together, they represent the multi-faceted artistry that pervades our culture.”

Local News Stephanie Horsman - October 9, 2020
Students of Monegasque nationality who would like to study European affairs at the College of Europe for the 2021-22 academic school year can now apply directly online.