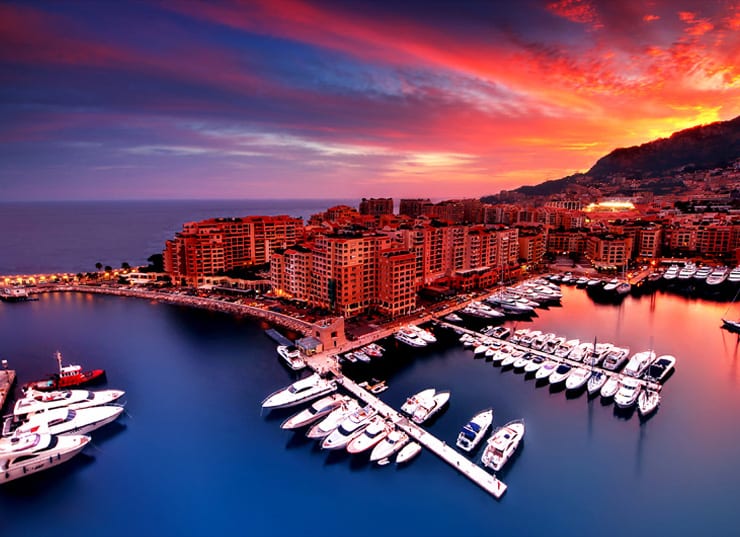 PRINCE ALBERT, MONACO DIPLOMACY: Prince Albert has urged the Philippines government to protect the environment during his two-day visit to the Southeast Asian country on Thursday, signing a historic cooperation deal with President Benigno Simeon Aquino III on resource protection…

The relationship between the Principality and the Philippines “will continue to grow and flourish, in light of our commitment to build upon the friendship, cooperation, and solidarity between our peoples,” said President Aquino, the Manila Bulletin newspaper reported.

Prince Albert II arrived in Manila on Wednesday in his first visit in 17 years, and feasted with Aquino on ‘Tinola of the seas’, a Filipino ginger and onion-based soup with various seafood including marlin and Quezon blue crab, according to the Philippines Inquirer newspaper.

Following the luncheon and a meeting in which the Philippine-Monaco Framework Agreement for Cooperation was signed, the head of the House of Grimaldi was due to head to the atoll coral reef Tubbataha in the Sulu Sea, renowned for its big fish diving. Prince Albert also reiterated his support for a huge international fund to help nations most likely to be affected by climate change, including the Philippines.

Prince Albert took charge of the Mediterranean microstate in March 2005 at the age of 47, and under his reign Monaco has become known as an environmentally-sensitive and sustainable ‘country with a conscience’, according to the government website, which also touts the slogan ‘Small Country. Global Focus’.
SOURCES: Philippines press
Article tags: prince albert monaco diplomacy

Business & Finance Staff Writer - July 17, 2016
NEWS: Monaco marked last Thursday’s tragic event in Nice with a special service at the Cathedral on Saturday morning. Prince Albert and Princess Charlene were joined by representatives of all of the Principality’s major institutions in a moving ceremony of remembrance for the 84 victims and their families. Archbishop Bernard Barsi, who led the service, told the congregation: “Once again, murderous barbarity has hit innocent people.” Many public events over the weekend were cancelled as a sign of respect. Security has also been stepped up in the Principality.

Business & Finance Barclays - December 2, 2019
As we enter December, markets will welcome any positive prints from the US labour market in the hope that consumers will increase spending over the festive period. October’s jobs report was stronger than anticipated with payrolls and earnings both increasing, signaling the resilience of the American economy. November’s readings are likely to surprise on the upside with non-farm payrolls expected to rise to 183,000 on the month, wage growth set to remain steady while unemployment should stabilise at 3.6% after a slight uptick in the prior month. The outlook of the corporate sector is also improving. November’s final services and manufacturing purchasing managers’ index (PMI) is expected to improve following higher flash prints, showing that the worst may now be behind us. In particular, manufacturing is likely to have benefited from the end of the General Motors strike and easing trade tensions. Meanwhile, business activity in China and the eurozone is more mixed, with November’s PMIs likely to confirm a divergence in manufacturing and services trends. In both regions, manufacturing rebounded in October, due to stronger domestic and foreign demand, while services activity shows signs of contagion as business confidence remains depressed. In the eurozone, in particular, PMIs continue to point to more lacklustre growth. Finally, the UK manufacturing PMI is set to contract further next week, following the decline in the November flash readings amid concerns around Brexit uncertainty and a cooling jobs market. With a general election drawing near, this is unlikely to be reversed until more clarity emerges on the political front.

Last week, the new European Central Bank (ECB) president Christine Lagarde delivered her first policy speech. In line with her predecessor, she stressed the need for greater fiscal stimulus in the eurozone, and increased cooperation, from the bloc’s governments. The call for a step-up in fiscal spending has been a recurring theme recently, as easing monetary policy seems to have lost its effectiveness and concerns about the ECB running out of ammunition have started to emerge. The chart illustrates how GDP growth has remained lacklustre of late even while interest rates have been firmly negative for over a decade, and more so this year, highlighting the reduced room for manoeuvre the ECB has. While Ms Lagarde pledged that the central bank will continue to support the economy, she added that monetary policy “cannot and should not be the only game in town”, especially as public spending remains below its pre-crisis levels. Despite resistance from some quarters (mainly from Germany), the ECB president urged that extra spending focus on initiatives that are “more digital and greener” and stressed the importance of integration to boost productivity. For more information contact Barclays Private Bank in Monaco by clicking here or on +377 93 15 35 35