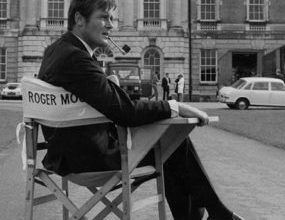 Monaco resident and iconic James Bond actor Sir Roger Moore died on Tuesday, May 22, after a short battle with cancer. He was 89 years old.

His three children from Italian actress Luisa Mattioli, Deborah, Geoffrey and Christian, announced his passing on his Twitter account: “With a heavy heart, we must share the terrible news That our father, Sir Roger Moore, died today.”

While his most prominent role was James Bond, whom he played between 1973 and 1985, he had built his reputation on British TV as Simon Templar in the popular series The Saint.

Taking on the Bond role from Sean Connery, Moore played the world-famous British spy in seven feature films: Live and Let Die (1973), followed by The Man with the Golden Gun, The Spy Who Loved Me, Moonraker, For Your Eyes Only, Octopussy and A View to a Kill.

He praised Daniel Craig in his recent 007 films, saying he had previously put Sean Connery at the top of the list.

Moore famously downplayed has talent. He commented in 2014: “During my early acting years I was told that to succeed you needed personality, talent and luck in equal measure. I contest that. For me it’s been 99 percent luck. It’s no good being talented and not being in the right place at the right time.”

In an interview with the Guardian newspaper, Moore said: “Being eternally known as Bond has no downside. People often call me ‘Mr Bond’ when we’re out and I don’t mind a bit. Why would I?”

Famously entertaining on and off screen, in 2008 Moore told GQ magazine: “You can either grow old gracefully or begrudgingly. I chose both.”

Moore, who wrote two books about playing Bond, as well as two autobiographies. was a regular visitor with his wife to Bouchon restaurant next to the Columbia Residence in Monaco.

A resident in Monaco, Sir Roger was given a knighthood in 2003 for his charity work as a UNICEF Goodwill Ambassador. “The knighthood for my humanitarian work meant more than if it had been for my acting. I’m sure some people would say, ‘What does an actor know about world issues?’ But [working for UNICEF] I’ve become an expert on things from the causes of dwarfism to the benefits of breastfeeding. I feel very privileged.”

Having been inspired by Audrey Hepburn, who had thrown herself into the role of charity, Moore followed her benevolent path.

Nearly 10 months to the day, he used Twitter to break the news of his step-daughter losing her battle to cancer. “Our beautiful daughter Christina (aka Flossie) lost her battle with cancer 25 July at 10 am. We are heartbroken.”

He is survived by his wife of fifteen years, Kristina Tholstrup.

Sir Roger on the side of the tiger

Local News Cassandra Tanti - August 16, 2020
People from Monaco will now have to quarantine for 14 days upon arriving in the United Kingdom, after Britain extended it’s red list for travellers.

Lifestyle & Wellbeing Cassandra Tanti - October 31, 2020
Restaurants will close at 9.30pm despite an 8pm curfew announced on Thursday under a new round of restrictions that will evolve if the health situation worsens.