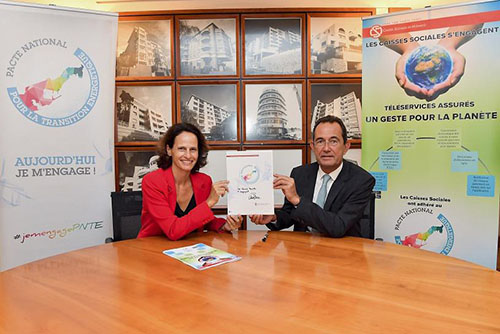 The Caisses Sociales of Monaco (CSM) has officially joined the National Pact for Energy Transition, adding to the long list of Monegasque businesses who have signed up to the promise of sustainability.

The CSM’s Director, Jean-Jacques Campana, met Wednesday 9th October with Annabelle Jaeger-Seydoux, Director of the Mission for the Energy Transition, along with their respective teams.

CSM’s commitment is two tiered, as they are owners of buildings that house the Principality’s pension funds (Caisse Autonome des Retraites) and as a business of the tertiary sector.

The Caisses Sociales and their 240 employees already adhere to several environmentally friendly practices, such as eliminating plastic bottles and cups from the worksite, purchasing green electricity, buying an electric vehicle for business use, and making the switch from using paper to electronic means when dealing with policyholders, employees and health professionals.

These significant steps already put them on the right path, but they have plans for even more ambitious objectives now that they are members of the National Pact. They intend to continue to urge dematerialisation until they are 100% digital, will ask that employees use alternative and sustainable mobility choices when possible, install solar panels on their buildings, and conduct energy checks of their buildings periodically.

Meanwhile, the CSM and the Department of Social Affairs and Health met to discuss France’s unemployment insurance reforms and the affect they will have on Monaco. They will be working with their French colleagues in order to guarantee continuity of care for those who are currently not working, taking into account Monaco’s specifications.

Jean-Yves Le Drian, France’s Minister for Europe and Foreign Affairs, spoke at the first “Mediterranean of the Future” conference in Marseille on Tuesday, November 21. The event was planned on the initiative of the Provence-Alpes-Côte d’Azur region. HSH Prince Albert, Renaud Muselier, President of the Regional Council and numerous ministers and key Mediterranean figures, as well as representatives of the European Commission and the Union for the Mediterranean, also took part. The conference is open to public and private actors recognised for their contribution to defining and outlining innovative and ambitious solutions in the Mediterranean region. This first conference was focused on the shared commitment of Mediterranean stakeholders to combating global warming and achieving the goals set by the climate agreements, notably the Paris Agreement. The minister stressed the need to increase the involvement of entrepreneurs, innovators and creators from civil society in our collective efforts to develop a shared space in the Mediterranean. The ministry supports more than 300 French communities involved in approximately 700 decentralised cooperation projects with a dozen Mediterranean Basin countries as well as civil society organisations and firms operating in the Mediterranean region, notably through “regional multi-stakeholder networks” in the process of being formed in the 13 French regions, according to the French government.

Local News Staff Writer - September 17, 2018
Friday, September 21st, is the International Day of Peace and the principality will celebrate by hosting the Monaco Better World Forum (MBWF), under the High Patronage of H.S.H Prince Albert II of Monaco. This two-day event will be held across three locations, including the Cinéma des Beaux-Arts Théâtre Princess Grace and the Fairmont Monte Carlo, and will culminate with a Gala Dinner at the Monaco Yacht Club on Saturday, September 22nd with Prince Albert himself in attendance. 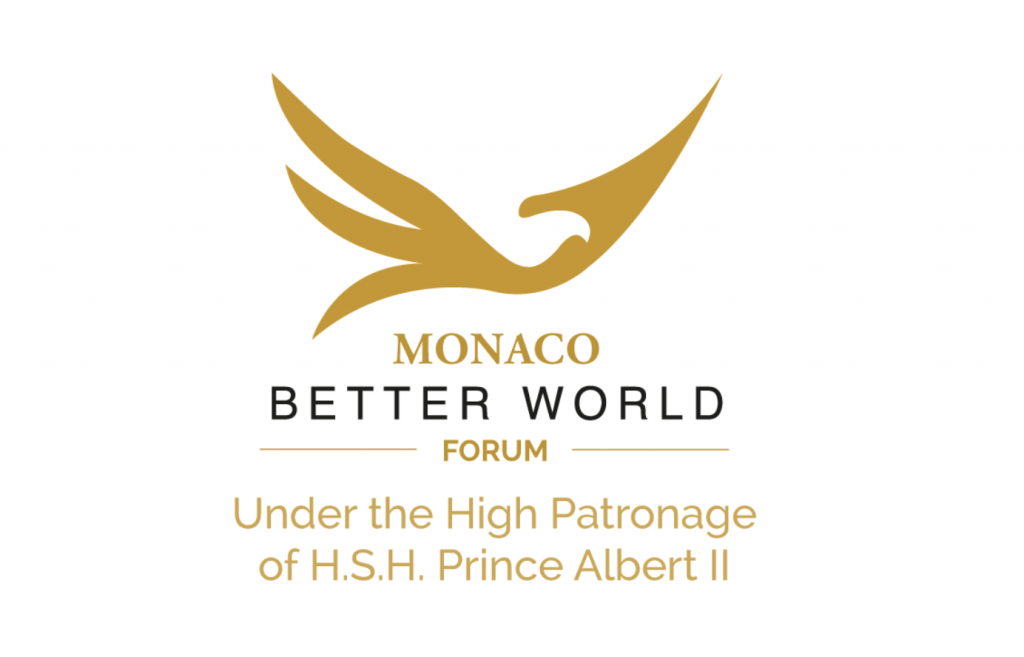 Founded in 2016 by Manuel Collas de La Roche, the Better World Forum has at its core a mission to promote peace through the big screen. “It is cinematic art in the service of humanity,” he tells Monaco Life. Although this is the third edition of the forum, it is the first time it will be held in Monaco. For Mr Collas de La Roche, who is also the MBWF President, the principality is the perfect location for an event he views as “a continuity of the amazing work that H.S.H Prince Albert II is doing with regards to the ocean, the environment, and humanitarian causes,” he explains. “For me, Monaco is the ideal venue to host the Better World Forum since it is such an international place,” he continues. This year, women’s rights, children, people with disabilities, the environment and biodiversity, and the plight of refugees are categories that will be highlighted through a two-day program of films and documentaries from around the world. The official selection includes Vincent & Moi (France), Street River (Brazil), Mountain (Australia, narrated by Willem Dafoe), Capharnaüm (Lebanon & France), Ma Fille (Figlia Mia, Germany, Italy & Switzerland), and Wonders of the Sea (United Kingdom & France, produced by Arnold Schwarzenegger). A free public screening of each film will take place at the Cinéma des Beaux-Arts. On Friday night, the International Day of Peace will be celebrated with a dinner at the Fairmont Monte Carlo, followed by a Concert for Peace featuring the Lebanese countertenor Matteo El Khodr and an after-party with D.J Grace. It is the Gala Dinner on Saturday, September 22nd, that will showcase the initiative in full splendour, and limited tickets are still available for the event. The films’ directors will be presented with the Colombe d’Or, an award recognising their contribution to each social cause the forum has chosen to highlight this year. Along with H.S.H Prince Albert II, who will himself receive an award for Best Achievement, other guests will include the Russian actor Gosha Kutsenko, the French singer Liane Foly, the Angolan singer Matias Damásio, and the Turkish actor Mert Firat. During the gala, an auction will be conducted by Mr Matthieu Lamoure with money raised to benefit two charities supported by the MBWF: Gift of Life in Lebanon, the world’s largest charity for children born with congenital heart disease, and Embracing the World in India, an international network of charities inspired by the Mata Amritanandamayi Math with a focus on meeting the basic needs of the world’s poor. A respected film producer himself, Mr Collas de La Roche feels that the MBWF is a culmination of his life’s lessons and experiences, which includes two years spent as a monk with the Dalai Lama. “I am a very spiritual person and this is why I created the forum,” he says. “To raise awareness surrounding certain topics through cinema and to support and finance certain organisations. For me, it is a mission, the continuation of my spiritual path.” The good news is that the Better World Forum has found a home in Monaco. “Thanks to the great support we have received from the Prince’s Palace of Monaco and Monaco Mediax, the forum will be held annually in Monaco,” he announces. Beyond the principality, he has plans to take the MBWF to different countries around the world as he strives to use the power of cinema to create an awareness on social topics and champion peace. There are limited tickets still available for the Gala Dinner at the Monaco Yacht Club on September 22nd. Reservations can be made here. For more information, visit www.bwforum.org.