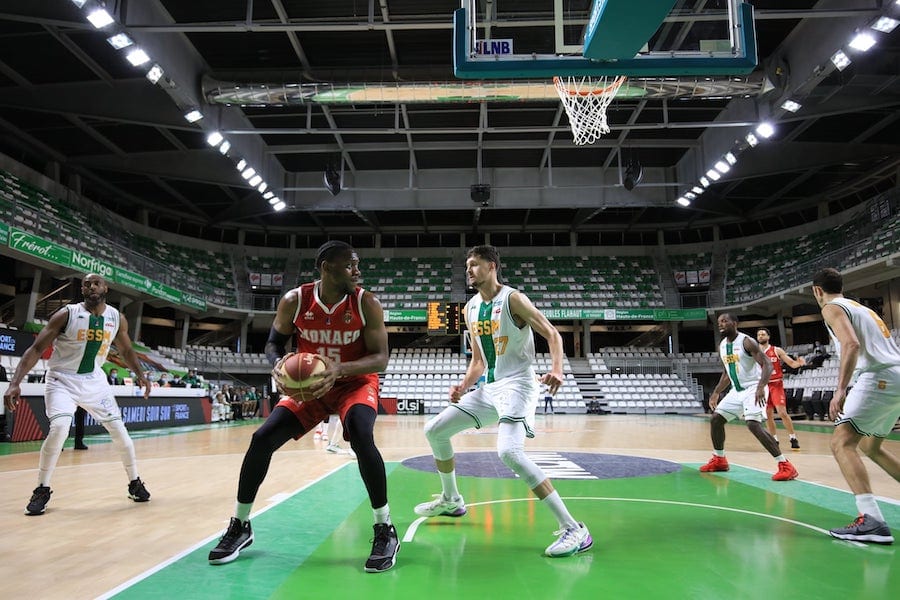 The Roca team chalked up another victory Friday night when they beat ESSM Le Portel Côte d’Opale 81 to 71 on ESSM’s home turf.

It was an inauspicious start for AS Monaco Basketball when they faced off against ESSM Le Portel Côte d’Opale, giving the home team a 10 to two leg up in the first two minutes of play.

Fortunately, the Roca boys stepped it up a pace, and two short minutes later they had nearly evened up the score and hadn’t relinquished another point. This was just the beginning. Monaco took off like a shot from this point, taking the lead for the rest of the first half and not letting go.

When the buzzer went off, they went into the locker room with a comfortable 41-35 lead.

After half time, the team seemed to be suffering from heavy leg syndrome. Their Porteloises opponents took advantage, almost evening up the match. They got a bit over-eager though and with back-to-back fouls on their team’s leading scorer, Wojciechowski who was promptly shown off the court, the Roca team was able to take advantage and widen the lead once more.

In the end, Monaco dominated Le Portel by 10 points, giving them two wins on the week after their Euro Cup victory last Tuesday against Unicaja.

Captian Dee Bost was high scorer on the night with 20 points. Mathias Lessort had 17, and Damien Inglis, nine.

“It’s never an easy game on this floor at Portel,” said Assistant Coach Mirko Ocokoljic. “They have good defence, switch a lot and give us problems. The important thing was to win, the job was done. Dee Bost has been in great shape for a few weeks now and he loves playing these matches. The two newcomers (Faye and Frazier) used their few minutes well.”

The Roca team preserved their first place standing and will have double trouble when they face off against Cholet Monday night at 7pm at home at Gaston Médecin and then again on Saturday at 6:30pm in Maine-en-Loire.