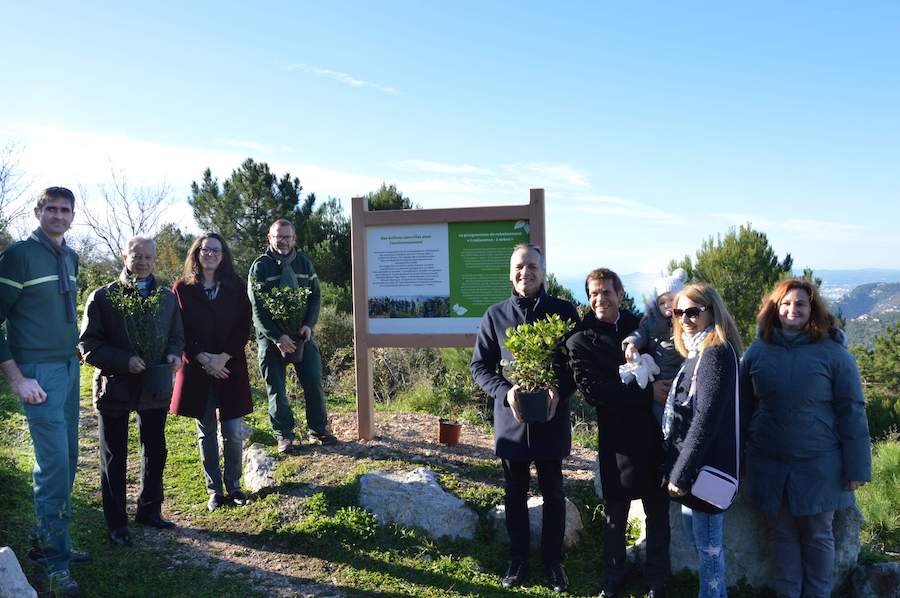 Since 2008, the Mairie of Monaco has embarked on an environmental programme to combat deforestation by planting one tree for every birth in the Principality each year.

Called ‘1 Birth = 1 Tree’, this year’s edition was held in La Turbie near the Tête de Chien, the iconic 550 metre-high rock promontory perched above the Principality. It saw a symbolic planting of roughly 20 plants by Mayor Georges Marsan and members of the City Council including Jacques Pastor, Claude Bollati and Mélanie Flachaire.

A sign was also erected to inform the public of the environmental commitment to reforestation of the Monegasque City Council.

In all, a total of 983 trees will be planted locally to replicate the number of births in Monaco in 2018. Additionally, cedar and larch trees are being planted by the Principality in the Haut-Var to assist their reforestation programme and to show the cooperation between Monaco and its neighbours. 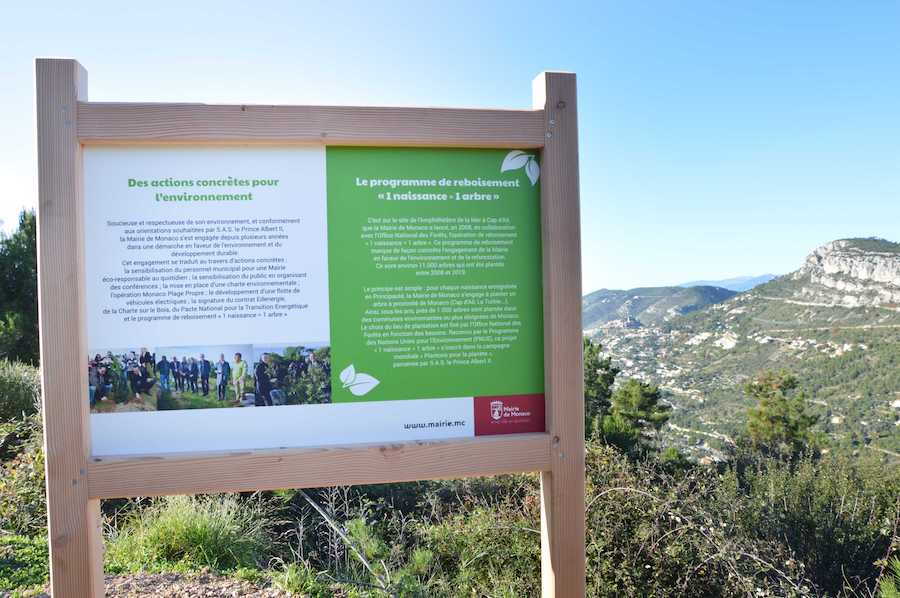 The trees are chosen specifically to adapt to their climates. For example, the strawberry trees planted locally do well in calcified, rocky soil and handle drought well. The cedars in the Haut-Var grow in higher altitudes and can easily cope with soaring summer temperatures and little water.

The ‘1 Birth = 1 tree’ initiative is part of a worldwide campaign ‘Plant for the Planet, sponsored by HSH Prince Albert II and with an end goal to seeing the planting of one billion trees. In the Principality alone, nearly 12,000 trees have been planted since 2008, showing the City Council’s firm commitment to the Prince’s policies and values.

Photo credits: Monaco City Hall. Top photo: Mayor Georges Marsan surrounded by members of the Communal Council Jacques Pastor, Claude Bollati and Melanie Flachaire, as well as representatives of the ONF and the Service of Civil Status – Nationality of the Town Hall of Monaco.