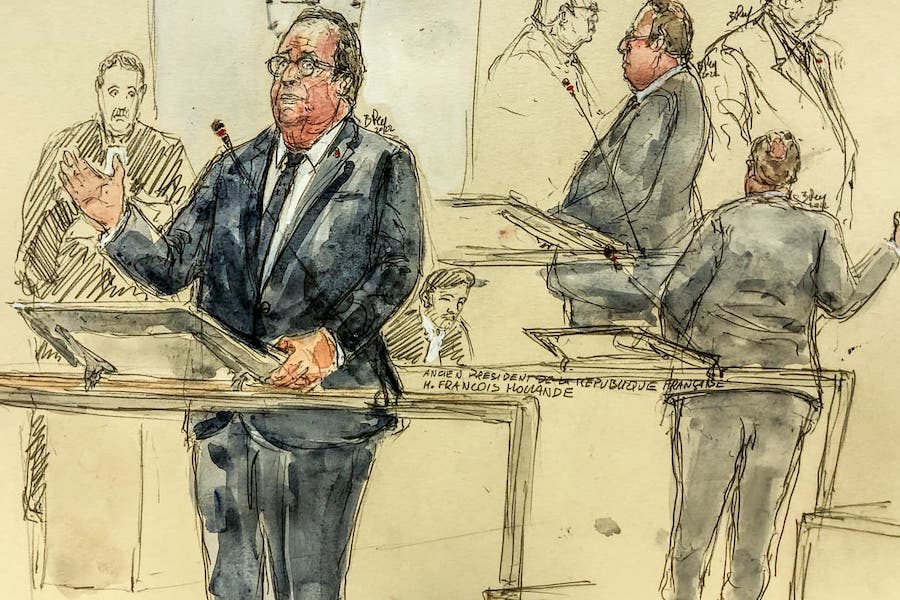 Former French President François Hollande and former Interior Minister Bernard Cazeneuve have given evidence in the trial of eight people accused of helping the murderer who drove a truck into a crowded beachfront in Nice six years ago.

Back in July 2016, then-French President François Hollande was no stranger to extremist acts aimed at the French population. His government had seen a wave of horrors through 2015, including the massacre at Charlie Hebdo and the coordinated attacks around Paris on 13th November, attacks which left 130 people dead and more than 350 injured.

So, when the former president was put on the stand to justify his actions, allowing major public events to go ahead in 2016 including the 14th July fireworks show on the Promenade des Anglais in Nice, his answer seemed less than satisfactory.

“It had been agreed to continue to live, had it been to give in to the terrorist threat of no longer going out to bars or concert halls,” said Hollande, adding, “We could have cancelled all the local festivals, but nobody asked for it. We all considered it a sign that we could continue to live.”

In retrospect, he admits this was a “failure”, but went on to say that local authorities also believed they had things under control and that extra precautions had been put in place to try and ensure the safety of the public.

He also said the authorities were not looking at big plots, but at lone attackers. “What we feared was the acts of isolated people not necessarily supported by an organisation, with very few accomplices,” he said.

In the case of the 14th July attacks, former Interior Minister Bernard Cazeneuve said that “64 national police personnel were mobilised on the perimeter of the Prom Party,” 20% more than the previous year. Additionally, he said “The security methods were proposed by the departmental director of public security in consultation with the director of the municipal police during four meetings.”

Reports indicated there were 10 checkpoints along the Promenade, and a roving patrol of officers who were primarily on the lookout for knives or guns, but who could not have foreseen the attack by truck carried out by the attacker.

This is in direct conflict with eyewitness testimony who said they saw no evident extra security in place, as compared to that deployed during the Euro 2016 games just days earlier.

The minister explained this simply, declaring “This difference in perception is explained by the fact that the two events were not of the same nature. When you secure a fan zone, you secure an enclosed space.”

It was asked whether concrete barriers should have been set up to prevent the attack, to which the Cazeneuve replied, “The security forces do not reason knowing what is going to happen, but according to all the assumptions, it was essential that the emergency services could intervene, that the mobile patrols could circulate, and not to lock individuals in preventing them from circulating.” He added, “It would have taken a device much more robust than concrete blocks to prevent this intrusion.”

By Monaco Life with BFMTV and France 3. Image of François Hollande giving evidence at the special assize court on October 10, 2022 by Benoit Peyrucq