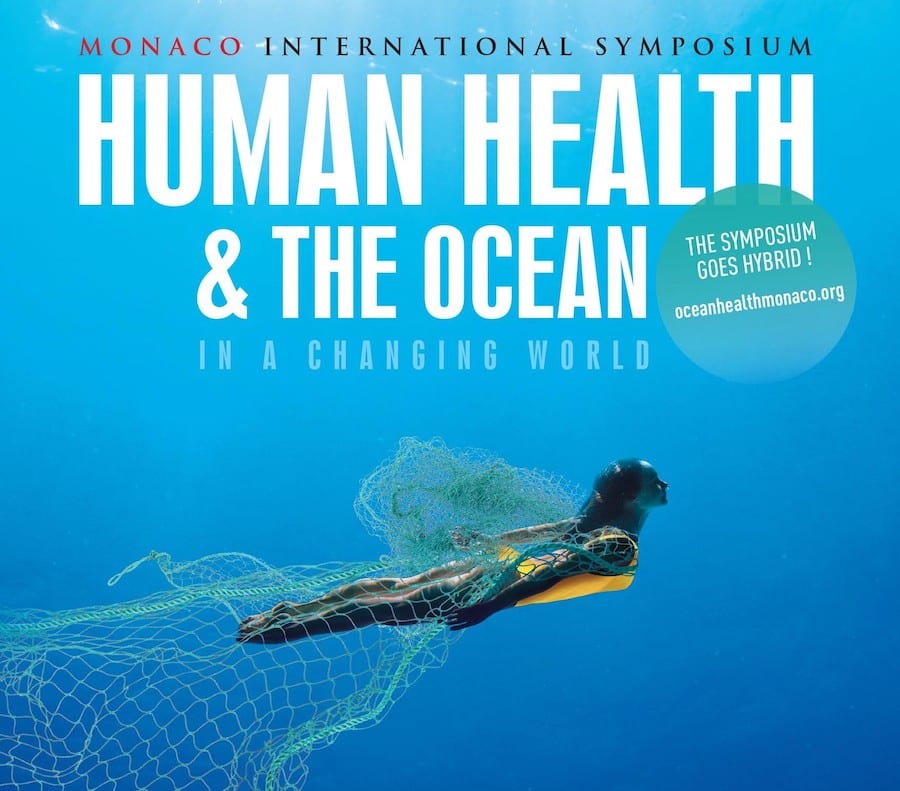 The highly anticipated forum titled ‘Human health and the ocean in a changing world’ will finally go ahead in Monaco in December, featuring input from the world’s leading experts and culminating in the first ever ‘Declaration of Monaco’.
The forum, originally postponed because of Covid, will be held over two days – Wednesday 2nd and Thursday 3rd December – incorporating face-to face sessions at One Monte-Carlo and videoconferences.
The event is free and open to all, however prior registration is necessary.
It is being jointly organised by the Boston College, the Scientific Centre of Monaco and the Prince Albert II of Monaco Foundation.
“The interactions between ocean and human health are numerous, complex and yet largely unknown to the major part of the public, the stakeholders and the scientific community. While the future state of the ocean will largely determine the future health and well-being of everyone,” says Professor Patrick Rampal, head of the Steering Committee, in his foreword on the programme.
Held under the High Patronage of HSH Prince Albert II of Monaco, the program will focus on three sessions. The first topic to be discussed is the risks that oceans can present to human health, in particular those caused by climate change, including the warming of sea water and extreme weather phenomena.
The next topic of discussion on Wednesday focusses on the benefits that oceans can provide, in particular for food, molecules extracted from the seabed for pharmacological use, and the positive effects on health and well-being caused by contact with marine spaces, called “blue health”.
The whole of day two on Thursday will be devoted to a major theme: the effects of ocean pollution on human health.
There will be 12 physical or virtual summary presentations by renowned international speakers, as well as 12 short articles, selected by the Scientific Committee of the Symposium from among the 95 scientific articles submitted by researchers.
The forum will culminate in a final report and a ‘Declaration of Monaco’.
For more information and registration, visit: http://www.oceanhealthmonaco.org