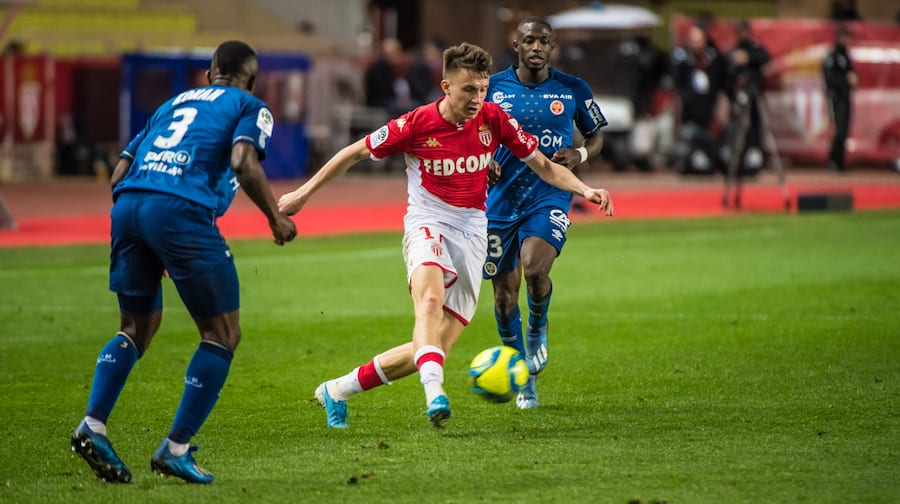 It’s official: AS Monaco’s new season will be marked by a visit from Stade de Reims on the weekend of 22nd August at the Stade Louis II.
The Ligue de Football Professionnel has released the 2020-2021 season calendar, revealing that Monaco will host Stade de Reims on the first matchday of the Ligue 1 Uber Eats season. Like last year, AS Monaco will face FC Metz on the second matchday, 29th to 30th August, at the Stade Saint-Symphorien.
That will be followed by two more away games, before Monaco goes up against Paris Saint-Germain in November.
The full calendar is:
Home at the Stade Louis-II:
J11 : AS Monaco – Paris Saint-Germain (November 21-22)
J21 : AS Monaco – Olympique de Marseille (January 23-24)
J29 : AS Monaco – LOSC (March 13-14)
J35 : AS Monaco – Olympique Lyonnais (May 1-2)
J37 : AS Monaco – Stade Rennais (May 15-16)
Away:
J4 : Stade Rennais – AS Monaco (September 19-20)
J8 : Olympique Lyonnais – AS Monaco (October 24-25)
J13 : LOSC – AS Monaco (December 5-6)
J14 : Olympique de Marseille – AS Monaco (December 12-13)
J26 : Paris Saint-Germain – AS Monaco (February 20-21)
The Monegasques will face Les Aiglons, in the derby, on November 7-8 at the Allianz Riviera (J10). The reverse fixture will be held at the Rock, on Wednesday, February 3 (J23), while the Red and Whites will host RC Lens, promoted from Ligue 2, on Wednesday, December 16 (J15).
Meanwhile, AS Monaco have announced the departure of German international full-back Benjamin Henrichs, in a loan with €15m option to buy deal with Bundesliga club RB Leipzig.
Henrichs arrived in the Principality in August 2018, making 44 appearances over the course of two seasons but never really finding consistency in an elongated crisis period that the club experienced.
Photo courtesy AS Monaco