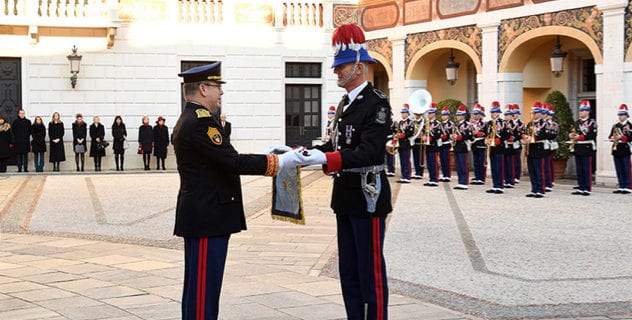 Ceremonies commemorating San Sebastian, the patron saint of the Prince’s Carabinieri, took place on Friday morning, in the presence of Prince Albert.

This was the first event in a calendar covering the year 2017, which will celebrate the bicentenary of the creation of the Compagnie des Carabiniers du Prince in 1817 by the future Prince Honore V.

For this occasion, the Sovereign Prince, Colonel Luc Fringant, the officers and the guard with the standard of the company carried the Medal of the Bicentenary.

During the Taking of Arms in the main courtyard, the new Chief of Corps, Commander Gilles Convertini, was awarded the Command of the Compagnie des Carabiniers du Prince.

At the end of the ceremony, the company went out by the Porte d’Honneur of the Prince’s Palace marching to the sound of the Carabinieri Band and continued to the Cathedral to celebrate the Mass of its Saint, Saint Sebastian.

READ ALSO: Rowing for the Rocher
READ MORE: NFL organisers over the moon

Local News Staff Writer - May 25, 2017
[video width="1920" height="1080" mp4="https://monacolife.net/wp-content/uploads/2017/05/Monaco_Billboard_webvideo_250517_Webvideo_v07.mp4"][/video] In a nifty act of nostalgia, iconic Italian brand Martini is celebrating a return to the Monaco Grand Prix by bringing back a famous trackside billboard that had to be taken down during the 2009 race because the model’s beauty reportedly “drove the drivers to distraction”. The ad, featuring model Jessiqa Pace as a female race car driver, became part of F1 history when it caused mayhem during qualifying in 2009. It was reported at the time that British race ace Lewis Hamilton spun out just metres from the board, which was close to the tricky Loews hairpin of the classic street circuit. Williams Martini Racing driver Felipe Massa, remembering the billboard, said, “Every time you passed into that corner you had this woman looking at you. It was just a picture, but it was impossible not to look.” 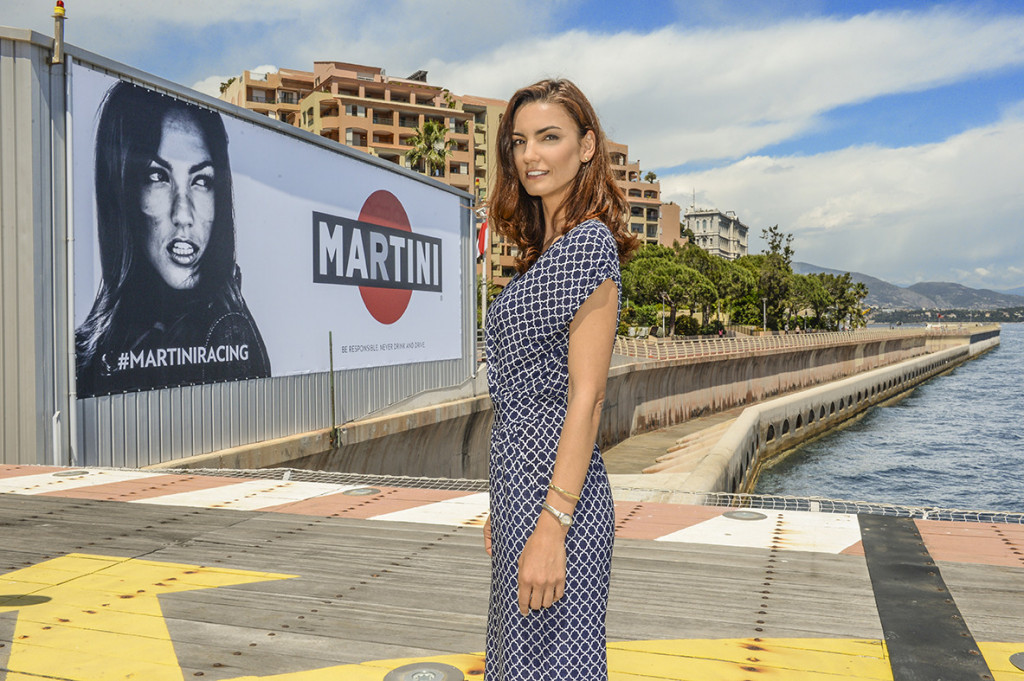 Media headlines teased “Poster puts F1 drivers in a spin” and “Martini girl messes up F1 racers in Monaco”, but one driver who managed to keep his cool was 2009 Grand Prix winner Jenson Button. The Brit, who is making a one-race return to Monaco this weekend, was reported as saying, “Every time you passed her, it was as though she was looking right at you.” Caroline Hipperson, Global Brand VP for Martini, said: “This year marks Martini’s return to Monaco since the historic incident. Although our advertising has moved on quite a bit since then, bringing the original art work back is a nod to our relationship with the sport while reminding fans of the fun, glamour and pure joy of racing.  Of course, a few more women race drivers wouldn’t hurt either.” This weekend all images of model Jessiqa Pace will be kept safely out of the sight of F1 drivers. Instead Martini will delight race fans flying in via helicopter, as her face graces the heliport in Monaco, where she is already installed. The Martini brand's longstanding relationship with motorsport and rich history of both sponsorship and participation began in 1968 with the creation of Martini Racing. This bold and ambitious move resulted in Martini becoming one of the first-ever, non-motorsport entrants to sponsor a racing team.

Local News Stephanie Horsman - April 19, 2021
Stefanos Tsitsipas has won his first Monte-Carlo Open and ATP Masters 1000, claiming the day after defeating Andrey Rublev in a 6-3, 6-3 victory on his home turf.