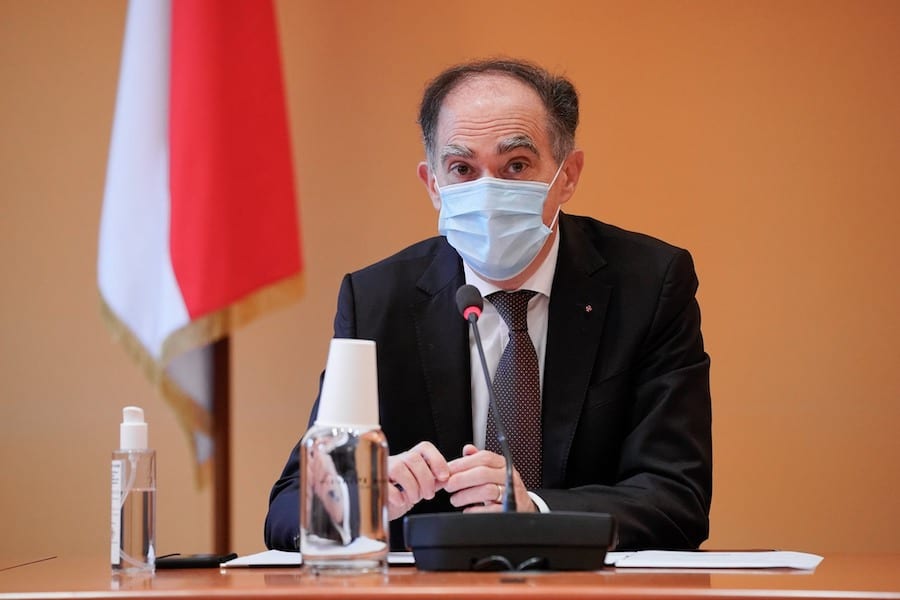 For the first time since 2015, Monaco’s budget will be in deficit to the tune of €114.5 million. However, spending will continue in key areas in the Principality.
“It is a budget drawn up in an uncertain but proactive economic context, in accordance with the government’s policy on economic revival and unemployment support, and the national housing plan for Monegasques,” said Minister of Finance and the Economy Jean Castellini on Wednesday morning as he revealed details of the initial 2021 draft budget to the press.
According to the minister, the Prince’s Government took into consideration the fact that revenue is being heavily impacted by the health crisis, while expenditure is being influenced by a “tightening of the belt” in state services and the funnelling of budgetary resources and investment to Monegasques and residents.
Revenue, revealed Mr Castellini, is estimated to drop by €40 million in 2021 compared to the previous year, primarily as a result of less VAT coming in.
Meanwhile, expenses will jump by 5%, or €79 million. The government has managed to contain operating expenses thanks to the saving efforts of State services, as well as the reigning in of some investments. But the government maintains that a certain amount of investment will continue “because it is necessary for the future of the country”.
The result: a €114.5 million black hole – the first budget deficit since 2015.
“Our objective, nevertheless, remains to find a balanced budget as soon as possible and to preserve the Principality’s economic and social model,” said Jean Castellini.
Budget priorities
The National Housing Plan for Monegasques is being allocated a third of the €625 million earmarked for investment spending and includes the delivery of nearly 800 new apartments between 2022 and 2025.
The acceleration of the digital transition has been assigned €45 million – the same amount as 2020 – for the continued development of infrastructure such as the sovereign Cloud, the administrative transformation and the development of a digital economy.
A portion of the budget will be directed to Monaco’s mobility plan, including the renovation of the Grimaldi Forum and Larvotto car parks, 12 new MonaBike stations, €4 million for elevators and escalators in the Principality and an additional €3 million for these in Beausoleil, and continued renovation of the TER trains.
Preserving and improving Monaco’s way of life is also a priority for the government, particularly in the health sector which will see €17 million invested in the Cap Fleuri hospital and €11 million in the new Princess Grace Hospital Centre. Meanwhile, €44 million will be directed to the redevelopment of Larvotto for a delivery date of summer 2021.
Minister Jean Castellini said that the initial budget is intended to be “pragmatic and flexible”. He says it was drawn up in consultation with the National Council and takes into consideration Monaco’s economic recovery plan covering 2020 and 2021, and the extension of the CTTR temporary unemployment scheme until the end of March 2021, at a cost of €40.
The 2021 initial draft budget will be submitted to the National Council next month for a vote.