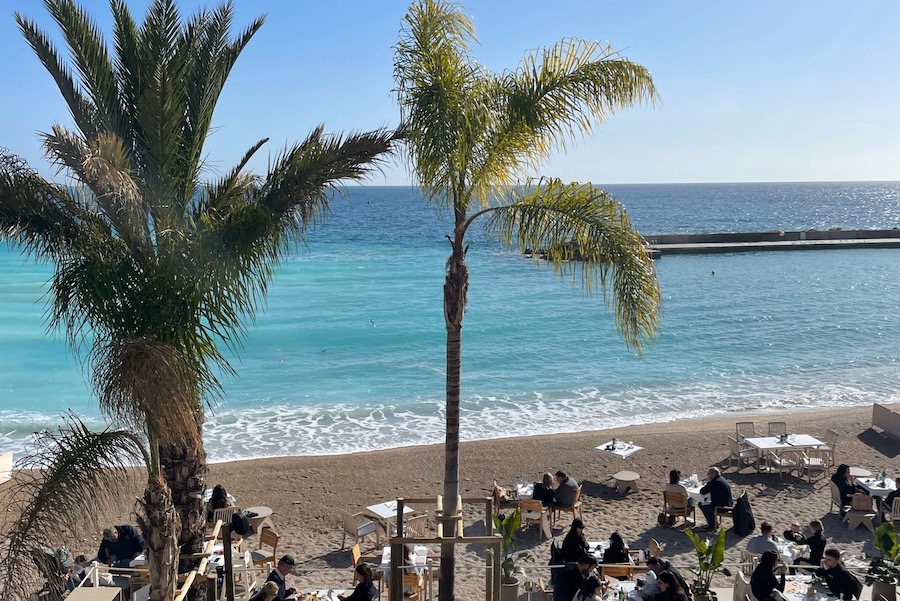 The latest report by IMSEE, the official statisticians of Monaco, shows that 2021 continued the trend of warmer, drier conditions with rainfall levels down and temperatures up.

Not a single day in 2021 saw the mercury go below freezing. Last year, the lowest temperature clocked was +4.1ºC.

On the other end of the spectrum, last year was a notably hot year, especially in the summer period when temperatures were above normal for most of the season. There were a series of heat waves that punctuated the summer as well, making an already hot summer even hotter. The warmest day recorded was on 13thAugust when the mercury hit 34.2ºC.

Autumn didn’t bring its usual relief from the heat, though spring was a bit on the cool side compared to normal.

The number of hours of sunshine was slightly down in 2021 than the year before, with last year seeing 2,543 compared to 2,590 in 2020, equalling 47 less hours of sunshine. However, the sunny days were varied according to the time period. March, for example, saw 73 more hours of sun than normal, whilst April had 61 fewer hours. November and February each had 35 fewer hours of sun as well.

Rainfall totals were also down in 2021. There were 496mm of rain over the course of the year, an amount well below normal. There were also five fewer rainy days than the average over the past several decades, with 58 days compared to the usual 63 days. A lack of intense meteorological episodes over the whole year explains this deficit, says IMSEE.

Oddly, January, February, April and May averaged more rain than the norm, while March June and October were on the low side. March was particularly dry, with rainfall totals of just 9.2mm compared to the normal 41.9mm. June followed a similar pattern with only 2.5mm of rain as opposed to the usual 34.6mm. But it was October that saw the biggest deficits, with -101.4mm rain as opposed to normal.

Windy days were in the normal range, with 46 days seeing gusts in excess of 60km/h. This falls in between the 40 days of high winds in 2020 and the 50 days in 2019. The strongest winds were reported on 15thNovember when the weather station on the roof of the Oceanographic Museum saw a dramatic gust of 93.2km/h.

Since the 1970’s in Monaco, each decade has progressively shown an overall rise in average temperatures on the previous one.

Statistics for the past 10 years show this to continue to be the case.