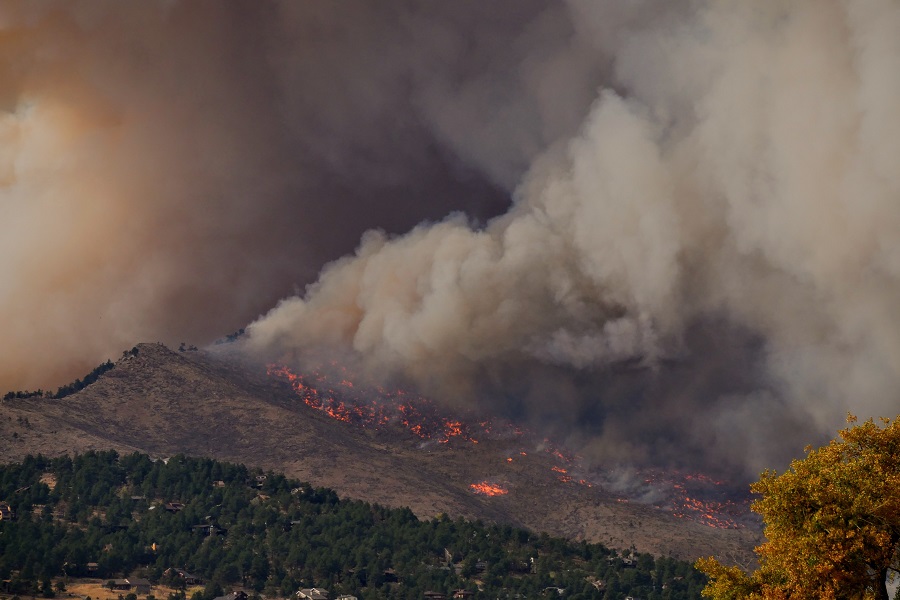 Everyone in Europe felt the heat this summer, but its forests suffered too, with 2022 a record year for fierce forest fires and carbon emissions.

Between January and November, more than 785,000 hectares of European land burned. This was more than double the average amount recorded between 2006 and 2021 – 317,00 hectares – according to a report co-published by the European Forest Fire Information System (EFFIS) and the Copernicus observation programme, previously known as Global Monitoring for Environment and Security, in December.

These fires across Europe caused record carbon emissions too: nine megatonnes compared to an average of 6.75 megatonnes between 2003 and 2021.

The peak period of fires, between 1st June and 31st August, caused an estimated 6.4 megatonnes of carbon emissions. It was the most damaging summer since 2007.

The most dangerous fires took place in southwestern France and Spain, and overall, France noted 61,000 hectares of damage within its borders. It was a figure not reached since official forest fire records began in 2006.

In the south of France, more than 500 separate forest fires were recorded during the summer. While the Provence-Alpes-Côte d’Azur region wasn’t spared from heat, the area destroyed by fires was less than in 2021, at 6,831 hectares this year compared to 7,356 the previous summer.