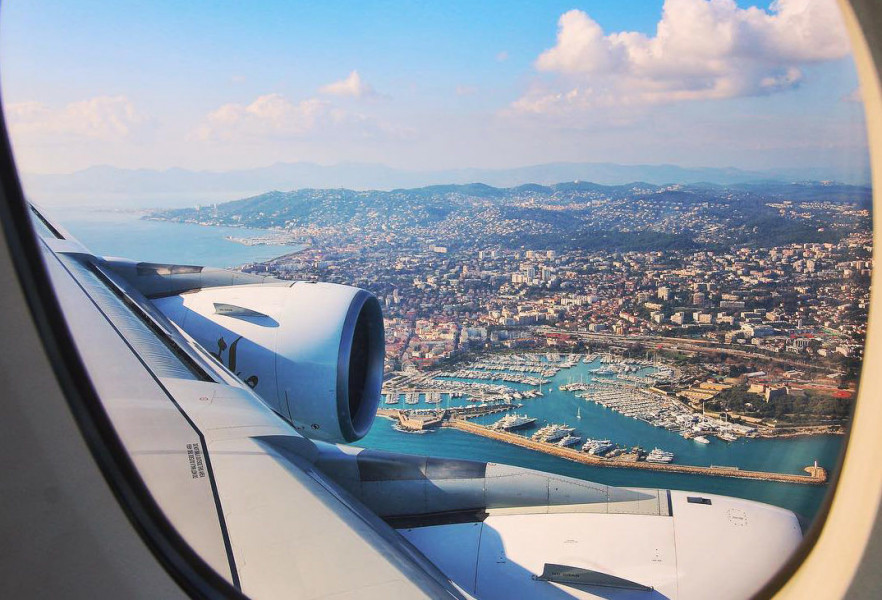 Whether you’re jetting into the French Riviera or heading home to family this winter, travel can be stressful around the festive period. Monaco Life gives you the latest on new flight paths, trains woes and the situation at the France-UK border.

New flight routes out of Nice

easyJet has announced additional Manchester-Nice connections this winter, while British Airways has added to its London Gatwick route. Air France is also putting on more flights to London Heathrow from Nice this winter.

German provider Eurowings is adding Stuttgart and Hamburg to its list of destinations, Transavia will be flying to Eindhoven, and Flyr will establish an additional connection between the French Riviera with Oslo.

With news of an imminent ticket price increase on French trains, France’s transport minister, Clément Beaune, has spoken of introducing a price cap on and asked SNCF to ensure that any increase is below inflation.

“Those that use the train every day, young people with a OuiGo pass, [they] should be protected,” he said, before pressing SNCF to “look again” at the issue.

SNCF says it is anticipating a hike of 1.6 billion euros in electricity costs next year, something the company will struggle to soak up.

“If we are to recover this cost in ticket prices, it would mean increasing TGV tickets by 10%,” SNCF boss Jean-Pierre Farandou has warned.

Stress at the France-UK border

The UK Border Force and its affiliated union (ISU), which also unites visa officers and immigration personnel, has had to cancel plans to strike during the festive period after less than 50% of workers – the obligatory threshold for union action – participated in a crucial vote.

The news will be a relief to travellers, who would have almost certainly faced delays at all British border points, including the 140 airports within the UK. It doesn’t, however, do much to resolve the stresses of the industry. Workers had been asking for an 8% pay rise, the British government has only offered 3%.

Most of those who did take part in the vote were in favour of industrial action; some 84.5%. A spokesperson for the ISU said, “If it seems incomprehensible that such a decisive vote does not give a strike mandate then we couldn’t agree more. Some pills you just can’t sugar. A ‘so near, yet so far’ result like this is a huge disappointment for all members who wanted to make a stand, who wanted to demonstrate we will no longer tolerate being treated so appallingly by the Home Office.”

The British government has been reporting an “unprecedented demand” for passports since April 2021. It remains a problem for His Majesty’s Passport Office (HMPO), which is currently dealing with around 800,000 applications each month. The wait time remains 10 weeks for new applications and renewals, although applications from overseas may well take longer.

“It is important to stress, you should not book travel until you have a passport that meets your travel needs,” says the HMPO. “A passport can only be issued once all the checks have been completed satisfactorily and will take longer if applications are submitted with missing or incomplete information. Where an application from the UK has taken longer than 10 weeks and the customer can evidence that they are due to travel within the next fortnight, then their case will be prioritised at no additional cost.”