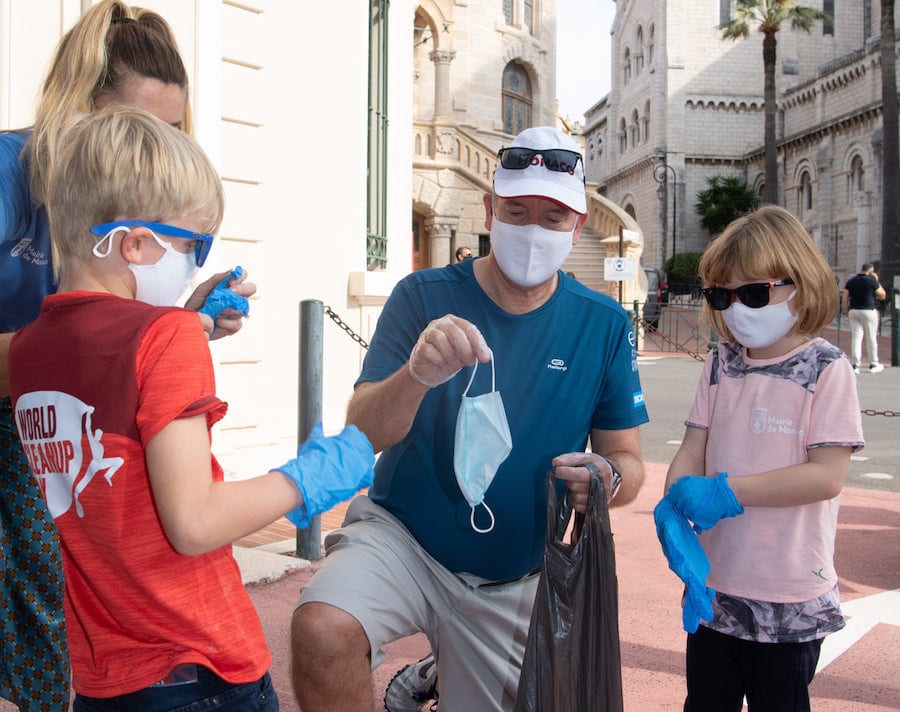 Prince Albert has set an example in Monaco and taken part in World Clean Up Day with his children Prince Jacques and Princess Gabriella.
On Saturday 19th September, Monaco held its second edition of World Clean Up Day in the streets of the Principality.
The waste collection and public awareness event was organised at the initiative of Sébastien Uscher and the Stand Up for the Planet association, in partnership with the Mairie de Monaco, Decathlon Monaco, the Mission for the Energy Transition of the Princely Government, the Monegasque Sanitation Society and the Eco-Angels (Stars n’Bars).
Around a hundred people took part in four cleaning projects that were carried out in the Principality and surrounding municipalities, which yielded 210 kilogrammes of waste.