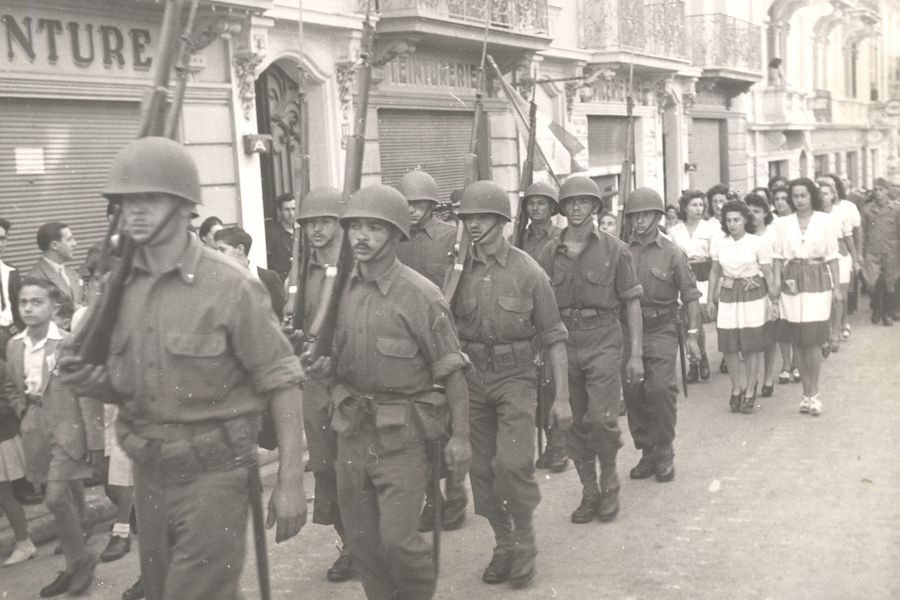 These are the moments that lead up to the Liberation of Monaco, 78 years ago on this day, 3rd September.

It is 15th August 1944 and the allies have just land in Provence, southern France. The Gestapo react by carrying out executions. 25 people – 23 resistance fighters and two collaborators – are shot by the Nazis in the Ariane district of Nice, among them are René Borghini, Secretary General of the National Council of Monaco, and Esther Poggio, his liaison officer, who were arrested in Monaco in July.

In response, resistance fighters initiate the battle of Peille, which lasts five days. Battles are also taking place at Férion and Levens.

For 19 days, Allied fighter planes pound the coast; the inhabitants and buildings of Monaco are hit hard. The Gestapo are angry and food is in short supply.

During the night of 22nd and 23rd August, Beausoleil is bombarded. Armoured convoys pass through Monaco, retreating. On the 24th, a bomb explodes and on the 26th, 14 German boats anchor in Monegasque territorial waters, raising fears of a bombardment which inevitably takes place during the night.

On the 27th, seven planes drop bombs on the population, killing several.

On the 30th, the last column of German infantry retreat and, on the 31st, a violent battle among warships takes place.

The night of 2nd September is apocalyptic. A terrifying storm breaks out, and naval guns fire on Mont Agel and La Turbie. The Franc Tireurs Partisans – a French armed resistance organistion, the 509th US Infantry Regiment, and fire from the Edgard Quinet cruiser force the enemy to raise their arms in defeat.

It’s early 3rd September 1944. There are no German soldiers on the streets of Monaco or Beausoleil. Resistance fighters show themselves. The Americans arrive. At 2 pm, a large rally takes place on Place de la Crémaillère in La Turbie with ecstatic crowds.

Every year since, on 3rd September, authorities and citizens in Monaco gather together to remember the men and women who refused to suffer under oppression and fought back, at great risk to their own lives, for everyone else to live freely. Various remembrance ceremonies are held through the Principality, including at the Monaco Cemetery and the War Memorial.

Photo featured at the Exhibition of the Liberation at the CHM, Beausoleil