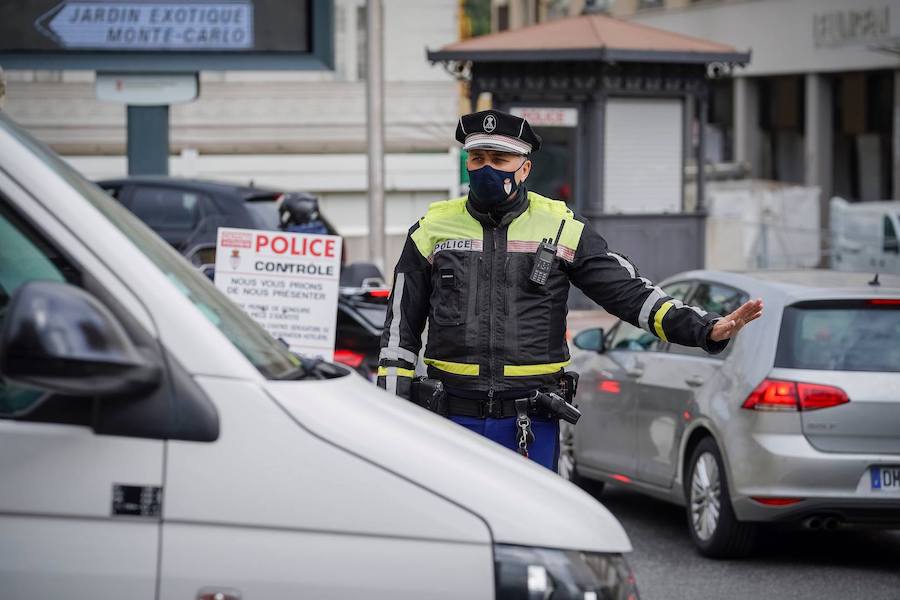 Hundreds of people were prevented from entering the Principality at the weekend as authorities enforced the Alpes-Maritimes partial lockdown and Monaco’s own strict entry rules.
The government said on Wednesday that it would be stepping up controls in the Principality on Saturday 27th and Sunday 28th February after it was announced that the Alpes-Maritimes would go into weekend lockdown for two consecutive weeks.
The aim, it said, was to regulate traffic flow and avoid a potential influx of people escaping France’s confinement as the same did not apply to the Principality.
“It is a question of both guaranteeing the sovereignty of Monaco, which has decided not to confine the weekends like its French neighbour, and of showing a certain solidarity with the French authorities,” said Minister of State Pierre Dartout. “In fact, controlling access to the Principality contributes de facto to enforcing the French rule of travel limited to five kilometres and one hour.”
Any resident of the Alpes-Maritimes coming from a municipality in lockdown, located more than five kilometres from Monaco, was refused access to Monegasque territory.
This did not apply, however, to residents of bordering municipalities such as Cap d’Ail and Beausoleil, “as authorised by the prefectural decree of the Alpes-Maritimes”, revealed Monaco’s Minister of Interior Patrice Cellario.
Around 70 police officers were mobilised over the two days, verifying that each non-resident wanting to enter the Principality had a hotel reservation and a negative PCR test of less than 72 hours. The checks were carried out on all road, rail and air accesses, primarily between 10am to 5pm.
In total, more than 4,000 checks were carried out. Of the 2,500 vehicles stopped, 245 were prevented from entering Monaco. At the train station, 410 passengers were controlled and 45 of those were asked to return home.
Meanwhile, 555 restaurant customers were checked and all were complying with Monaco’s rules.
The government says the strict controls are due to be repeated next weekend also.