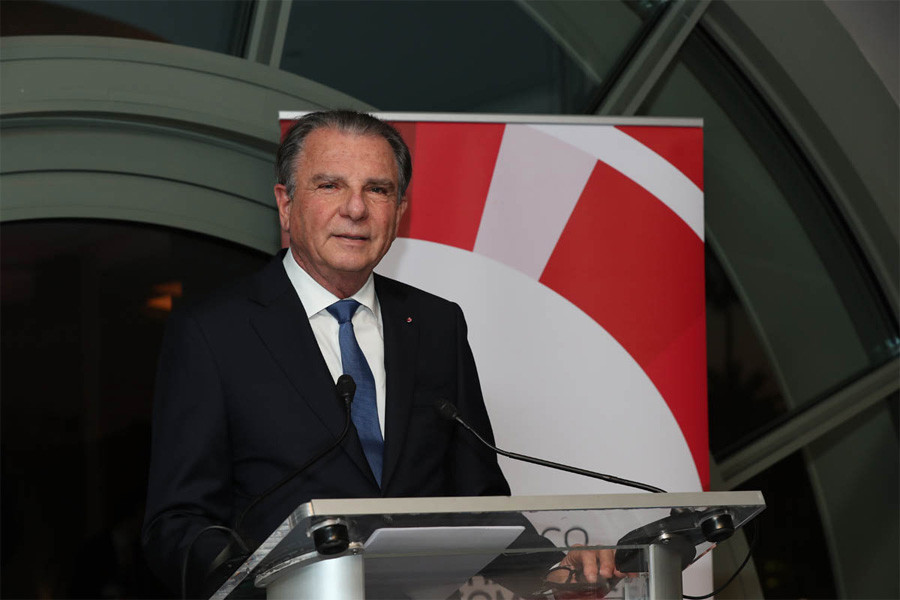 As the Monaco Economic Board celebrates its 20th anniversary, MEB chairman Michel Dotta outlined key events for 2019 in front of 330 stakeholders.

Speaking at the Monte-Carlo Bay Hotel, he also cited the arrival of Guillaume Rose as Executive Director and the role he will play in expanding the organisations role in promoting Monaco abroad.

Of the 50 operations organised in 2018, one key highlight was the trade mission to Beijing, accompanying the Sovereign Prince’s official visit to China.

It was a successful trip, in part due to the inauguration of the Grimaldi Forum’s Princes and Princesses of Monaco exhibition in the Forbidden City.

Another landmark occasion was in Dubai, where MEB facilitated a meeting with the Dubai Chamber of Commerce for Monaco business leaders, whose companies represent nearly 90% of the country’s GDP.

Targeted promotional operations involving Monegasque companies are also scheduled in Madrid, Frankfurt and Rostov-sur-le-Don in Russia. Meanwhile, Monaco Invest continues its prospecting operations to London, Switzerland, Belgium, and the Dubai and Singapore boat shows. In the Principality, members can look forward to a programme of topical conferences with renowned economists such as Julien Marcilly (COFACE) and Ludovic Subran (Euler Hermes/Allianz), and expand their networks when the MEB hosts foreign delegations.