Monaco Embassies in USA and Canada meet in Seattle

Monaco Embassies in USA and Canada meet in Seattle 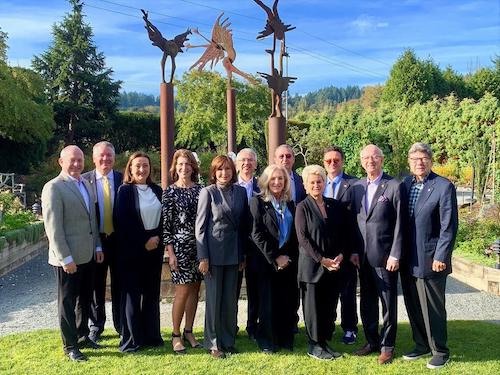 A joint meeting was held last week between the Monegasque Ambassador to the US and Honorary Consuls from nine major North American cities to discuss collaborative efforts for the next calendar year.

Considered one of America’s greenest cities, Seattle was the setting for the confluence and attracted the Monaco representatives for its achievements regarding environmental issues and sustainable development.

Held over the long Columbus Day bank holiday weekend, and led by Maguy Maccario Doyle, Monaco’s Ambassador to the United States, plans were discussed for upcoming synergistic events and activities in 2020 that encourage communication and cooperation.

Information was exchanged pertaining to the Principality’s interests, and included a visit to the Bullitt Centre, purported to be the greenest building in the world located in Seattle’s vibrant city centre. Meetings were also held with leading academics from the University of Toronto’s School of Environmental Studies who are authorities on topics of interest to Monaco such as ocean acidification, the global melting ice situation and sustainable development. Finally, the retinue took a field trip to meet American sculptor Dale Chihuly to round out the program.