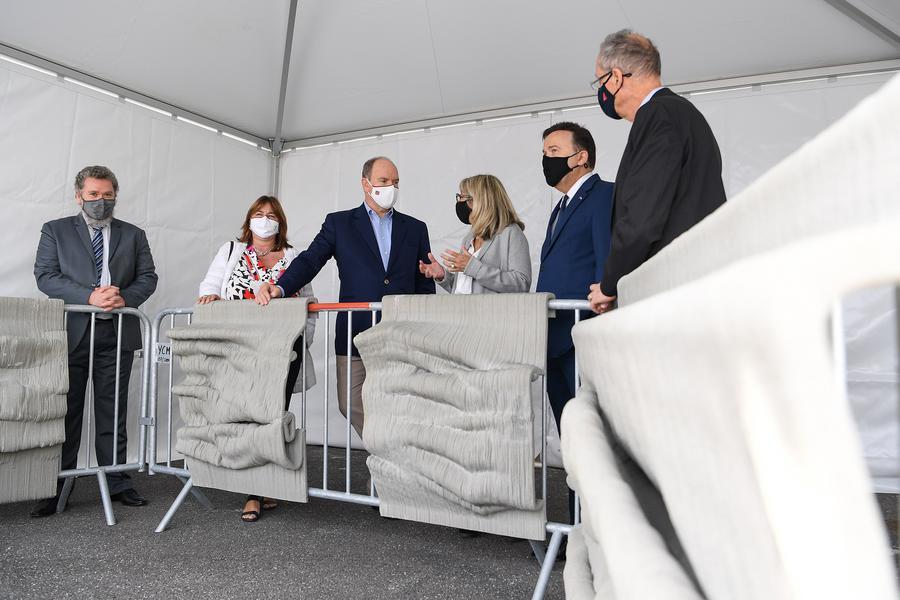 The panels, when put in place, will rest at a depth of 35 metres below the sea off the coast of Fontvieille. They were designed by the Environment Department and the SETEC design office to aide in the ecological functions of the current underwater structures in place since 2014 that have not been attracting marine life as anticipated. The engineers blame this failure to attract more colonies of wildlife on an absence of sufficient textures and roughness.

The panels were inspired by natural coastal rock formations, and from this research, 20 different panels were created as 3D models. They used naturally-occurring features such as faults, overhangs and rock thickness to make realistic facsimiles of actual sea arrangements that are meant to entice fish and other marine life to the protected area.

The designs were then printed by the XTREE company who specialise in manufacturing complicated designs using 3D printing. They used a fibre-reinforced concrete, which is incidentally safe for the environment, to make panels with enough roughness to promote colonisation.

The technique used in this process could eventually have other purposes such as dressing artificial structures like dykes and stabilisation blocks that are already used along coastlines to help improve biodiversity.