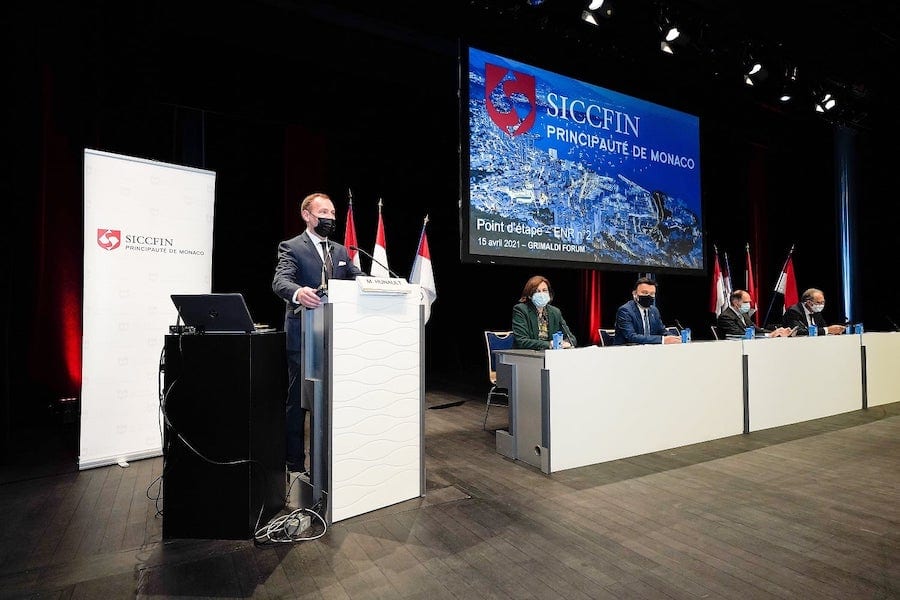 More than 150 public and private professionals have gathered to hear a progress report on Monaco’s fight against money laundering and corruption, and how the Principality is developing its compliance with European standards.
The meeting on 15th April brought together the Director of SICCFIN and head of the Monegasque delegation to the Moneyval committee Michel Hunault, Finance Minister Jean Castellini, President of the National Council Stéphane Valeri and Secretary of State for Justice Robert Gelli. Joining them at the Grimaldi Forum were members of the public and private sectors and the main leaders of the Principality’s economic forces.
It demonstrated the willingness of all players in the Monegasque economy to meet the requirements of international standards, including FATF Recommendations and EU Directives, in the fight against money laundering, the financing of terrorism and corruption.
The 2012 FATF Recommendations oblige countries to identify, assess and understand the money laundering and terrorist financing risks they face and to adapt their systems accordingly.
When the risks of money laundering and terrorist financing are correctly understood, national authorities can then apply AML/CFT measures according to these risks. This risk-based approach is a central element of the FATF standards.
The progress report will be followed by the dissemination of guidelines and practical guides, eagerly awaited by professionals, as well as the development of a national AML/CFT strategy.
In his speech, National Council President Stéphane Valeri said that “the attachment of the National Council to the reputation of the Principality (…) is a pledge of confidence and credibility on the international scene”. However, he added that “the National Council will remain vigilant, within the framework of the adaptation of each of the European directives into Monegasque law, to defend our uniqueness, in the interest of Monaco, while bringing it into conformity with certain European standards.”