“The most important two weeks in the club’s history”

“The most important two weeks in the club’s history” 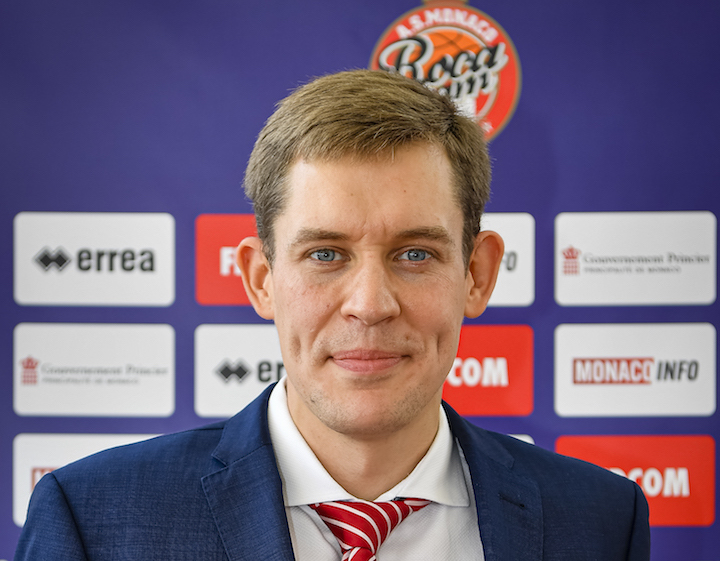 During an exclusive interview with Monaco Life, AS Monaco Basketball’s General Manager Oleksiy Yefimov spoke about the team’s “fairytale” Euroleague season, whilst revealing grand plans to consolidate that success.

“I truly believe that those two weeks were the most important in the club’s history so far,” said Yefimov in the aftermath of the Roca Team’s qualification for the Euroleague play-offs on Friday. This unlikely feat is a tale of how AS Monaco Basketball ploughed on through adversity to make their dream a reality.

Although the last few weeks and months are the exciting third act of this captivating tale, the opening two acts carry an equal, if not greater importance, as Yefimov set the scene for a story that would captivate basketball fans across the continent.

Arriving in 2015, the Ukrainian has piloted a soaring project that has reached new heights with each passing season. Taking the reins of a LNB Pro B club, the Roca Team immediately earned promotion into the top division of French basketball, the LNB Pro A.

Just a year later, the side were competing in Europe, and in the 2020-2021 season, they won the Eurocup, securing entry into the Euroleague for the first time in the club’s history, as Monaco entered into the hall of the basketball elite.

New kids on the court

The odds were stacked against the Roca Team from the outset, who nonetheless had ambitious, clearly outlined objectives. “When we started the Euroleague, of course our main goal was to get into the play-offs, to remain in the competition for the upcoming season.” Announcing themselves on the largest stage of European basketball doesn’t come without its own set of unique challenges.

“Back in September, we had a lot of things to fix,” began Yefimov. The greatest source of those problems? The Salle Gaston Médecin. Its limited capacity (only 5,000) didn’t fulfil the requirements of the league, and this was a heavily disruptive issue in the run-up to the season.

“Only two weeks prior to the start of the Euroleague season, we got permission to host Euroleague games in Monaco. There was an open question about the home arena, so a lot of players in the beginning were hesitant because we didn’t have that kind of reputation at the highest level.”

Difficulty in recruitment was a major issue for a side that Yefimov believed in need of an almost completely refreshed roster. “We had seen that Euroleague and Eurocup levels were almost incomparable… The Euroleague is a completely different level, a much higher level than the Eurocup or any other European competition.”

Those recruitment difficulties were only exacerbated by a relatively small budget compared to their Euroleague rivals. “Last year we had the 10th or 12th biggest budget amongst Eurocup teams, this season we are operating with only the 13th or 14th largest budget in the league,” said Yefimov.

Despite using their funds in a “smart way,” the outlook wasn’t great in the opening stages of the season. Following a five-game losing streak in the Euroleague, and languishing in 14th position, a change was required and coach, Zvezdan Mitrovic was fired.

“It was an extremely risky decision. Considering it statistically, in more than 80% of cases, when a team is changing a coach during the season the situation doesn’t improve,” admitted Yefimov. Risky, but certainly not reckless, the decision to bring in Sasa Obradovic was a heavily deliberated one. “You need to think not just twice, but 20 times prior to making your decision to part ways with your coach during the season.”

Serbian coach, Obradovic was always the standout candidate. Having already worked at AS Monaco, he knew the organisation, the league and also had experience of taking charge of teams mid-season.

Hindsight would reveal that Yefimov’s decision to bring him in to be a masterstroke. “When we brought in Obradovic, we were sure he was a Euroleague level coach. He really proved that by fixing the locker room and by converting us from the worst defensive team into one of the best defensive teams in the second part of the season.”

With 13 wins in 18 Euroleague matches, the Roca Team’s record since his arrival speaks for itself. Consequently, he has been rewarded with a new contract, which was announced by his agent Misko Raznatovic on Twitter, and later reported by BeBasket, on Wednesday.

According to Yefimov, Obradovic’s impact on the mindset of the squad since his arrival has been as clear as night and day; the collective has triumphed over the individual.

“In the beginning of the season, our problem was that we had a group of talented players, whilst in the second-half we had a real team. Every single player is humble and hungry on the court. In the second part of the competition, everyone was contributing and focused on the team result, no one was really focused on their personal stats.”

As a result, he said, “I don’t want to single out any player because we won it as a team. There was a huge pressure for results. They did it in the hardest arenas like in Red Star, they did it against Milano, which is one of the best defensive teams. The team did something really special.”

The play-offs now await, and as one of the most in-form sides in division, you can’t rule out the Roca Team making more history. Yefimov, however, has the bigger picture in mind, and is already thinking about consolidating their success.

Monaco have now qualified for next season’s competition, but beyond that, they aim to become a permanent member of the competition, and to do that Monaco must prove their worth, both on and off the court. “From day one, we were trying to prove that the Euroleague would benefit from Monaco’s participation. On the court, we are the first ever newcomer to reach the play-offs. Off the court, we showed that because of Monaco’s participation, the Euroleague can find a TV deal in Monaco. There is a huge demand for Monaco, not only in the Principality, but also in France.”

He added, “The TV ranking of our broadcasts of our games are so high that I believe it is now obvious that Euroleague and Euroleague clubs will only benefit if Monaco becomes a long-term partner and participant of the competition.”

Grand designs for a new home

Nothing represents the boundless ambition of Yefimov better than his plans for the Roca Team’s home arena. Yefimov was grateful for the government’s work in increasing the capacity to allow matches to be hosted at the Salle Gaston Medecin this year, whilst this summer, in just three months, the capacity will be increased further to 5,600. The run-up to the next campaign will therefore not be dogged by the same issues as this one. “Next season, we will not have problems or issues with hosting games in Monaco.”

That is only the beginning, however. Yefimov revealed plans to Monaco Life for an even larger stadium, away from their home within the Stade Louis II, in order to continue to prove their credentials to the Euroleague organisers. “One of the milestones will be to present an arena construction plan. This is something which is crucial and the most important, and we need to do this together, of course with the Monaco government. The minimum requirement for arena capacity for a shareholder club is 10,000.”

He continued, “We are discussing a few different opportunities with the government for the construction of the new arena. I am not empowered to give the exact dates, but we are doing our very best to find a solution as soon as possible. Our goal will be to find a solution in the following season.”

Lest we forget, amongst all of these grand plans, there is still a Euroleague title up for grabs, and Yefimov is hoping that it is his coach and playing staff that will do the talking on the court. “I would rather stay quiet, and hope that results will speak instead of me.” Regardless of what happens in the play-offs, it is clear that Monaco are comfortable at the top-level, and Yefimov endeavours to keep them there.