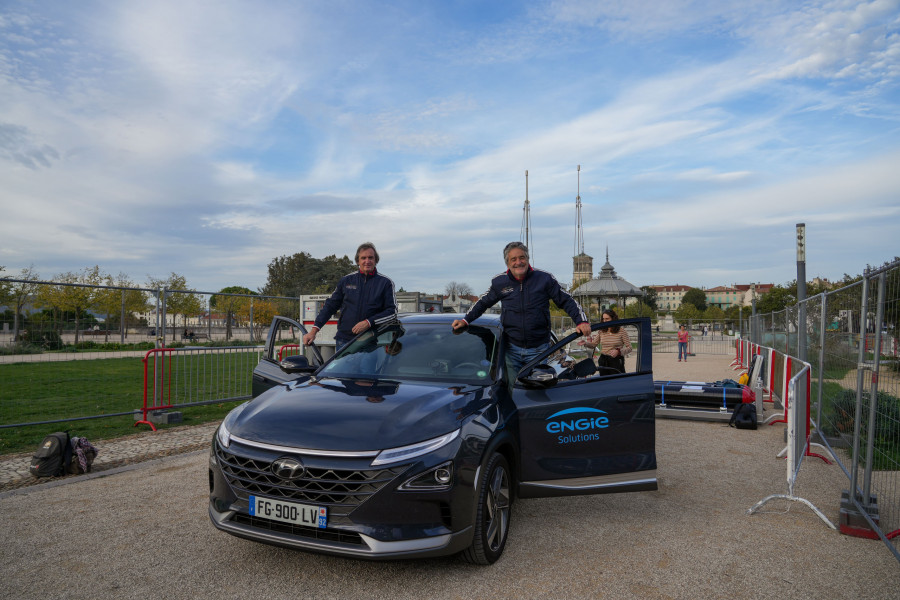 Four days, 14 constructors, 55 teams, 350km and 100% electric: the sixth edition of the Monte-Carlo E-Rally departed from Valence this Wednesday. The ecological series will conclude in the Principality on Saturday.

55 teams were present for Le Grand Départ in Valence on Wednesday 26th October, including the Daghe Mungeu (Go, Monaco!) team, comprised of Jacques Pastor, assistant to the Mayor of Monaco, and Fulvio Gazzola, Mayor of Dolceacqua in Italy.

At the wheel of their KIA EV6, they joined a handful of other Monégasque competitors that are set to compete in the eco-race, which this year will comprise 15 stages. The challenge for the drivers is three-fold: getting to the destination as quickly as possible, whilst conserving energy in their 100% electric, or hydrogen, vehicles and managing efficiently their pit-stops.

Coming from Valence, the teams will arrive at the Terrasses du Soleil in Monaco on Friday, following a stage that will lead them through the Alpes-de-Haute-Provence. They will then depart the Principality for a stage in the Var, before the ultimate conclusion on Saturday.

The Monte-Carlo E-Rally has quickly become a headline event in the FIA Eco Rally Cup, and this year, the interest has reached fever pitch.

“This is the very first time since 1995 that we need to gather a Selection Committee, which is simply incredible! We really want to thank the competitors for this great sign of confidence,” said Jacques Rossi, the President of the New and Electric Energies Commission at the Automobile Club of Monaco (ACM).

The event is a nexus of historical and modern-day Monaco, bringing together the Principality’s traditional fervor for racing, with its commitment to promoting sustainability and promoting ecological solutions.

Photo by Automobile Club of Monaco