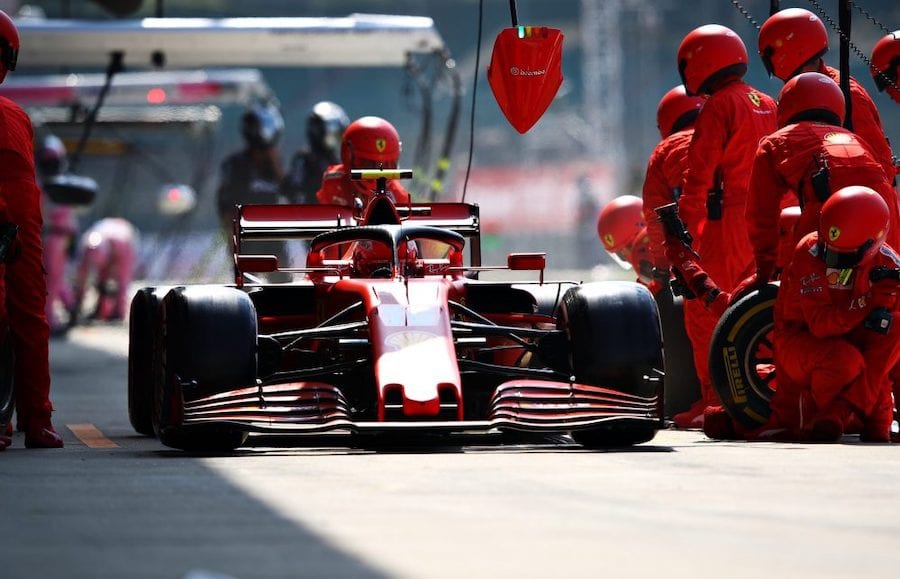 Sunday’s 70th Anniversary Grand Prix at Silverstone was an unexpectedly exciting race, with Red Bull’s Max Verstappen taking his first victory of the year and Ferrari’s Charles Leclerc coming in fourth after racing an excellent race.
Max Verstappen held off the dynamic duo from Mercedes, points leader Lewis Hamilton and pole leader Valterri Bottas, for a win at the 70th Anniversary Grand Prix at Silverstone track in England on Sunday.
The Dutchman pitted twice and fought hard to keep his Mercedes rivals at bay, giving him his ninth career victory and his fourth consecutive podium finish this season. The win is partly credited to his decision to use hard tyres for the start of the race, but also can be attributed to the skill of Verstappen and the speed of his car.
Bottas and Hamilton were out in front at the start but were soon outraced by Verstappen who, from lap 26, was able to keep the Mercedes duo at bay with a roughly two second lead.
Leclerc had a rough go of it in the qualifiers, where he was in eighth position, but he quickly showed what he’s made of once the race began. His one-stop strategy worked well for him, his car seemed to be on top form, plus he was driving exceptionally well, allowing him to come in fourth.
“We need to analyse to understand why we were so quick because I don’t really understand,” Leclerc saidafter the race. “Today was very impressive. I don’t know where we found that pace but we were very, very quick on the hard tyres, especially towards the end of the stint, so I’m extremely happy with the job we’ve done today.”