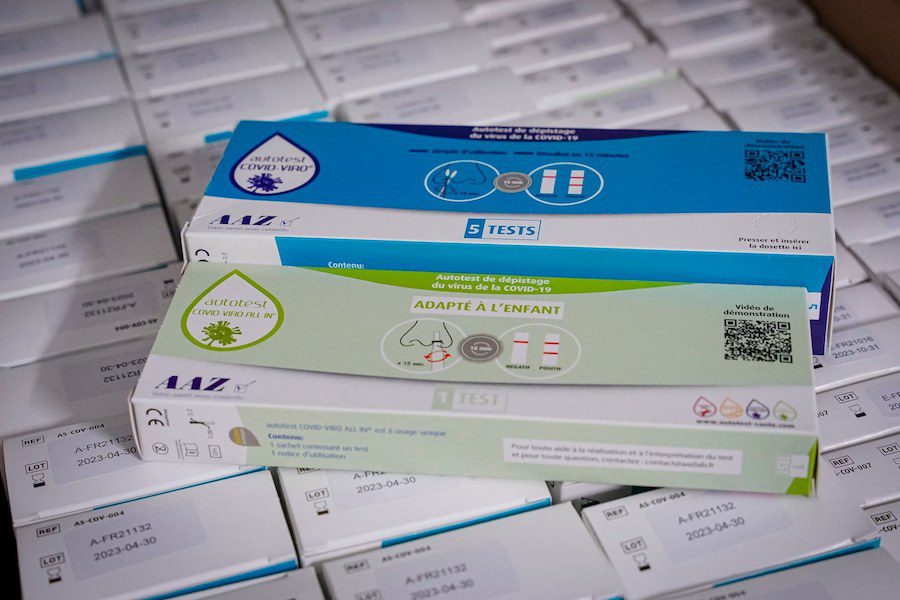 Covid continues to dominate as Monaco sees a record high incidence rate amidst a mass testing programme in schools and workplaces to try to slow the march of the virus as people return from the holiday break.

The new year has brought with it the same problems as the old year, with 36 new Covid cases recorded Monday and case incidence rate skyrocketing to 1,270 out of 100,000 inhabitants. Last week’s rate was 938.

On Monday, each student returned to the classroom to find a self-test for Covid on their desk, funded and provided by the Monaco government.

According to the Minister of State Pierre Dartout, out of 5,500 pupils tested, 84 returned a positive result. “Not all were residents, but the vast majority were,” he said in an interview with government channel Monaco Info.

The minister stressed that vaccination is the best way to combat serious illness from the virus and prevent unnecessary spreading of the disease. He is personally among those recovering from Covid, along with several members of his family who tested positive over the holiday period.

“The vaccine is the simplest way to prevent the risk of serious illness,” he said. “I am very happy I have had my vaccinations, to have benefitted from the third dose, and the same for my family.”

The government has also launched a testing programme for workers from 4th January. The screening campaign is voluntary but is being highly encouraged to break the chain of contamination.

50,000 self-tests are being made available to employers, free of charge and subject to availability, via the government’s public service website, https://service-public-entreprises.gouv.mc/. Only one test per employee is allowed, so verification of the number of employees will be required before the tests are released to an employer.

As of Monday, the Principality has recorded 5,289 Covid cases since the pandemic began, while 32 people are currently being treated at the Princess Grace Hospital, including 16 residents. Six other patients, including one resident, are in intensive care. The Home Monitoring Centre is following 348 people.