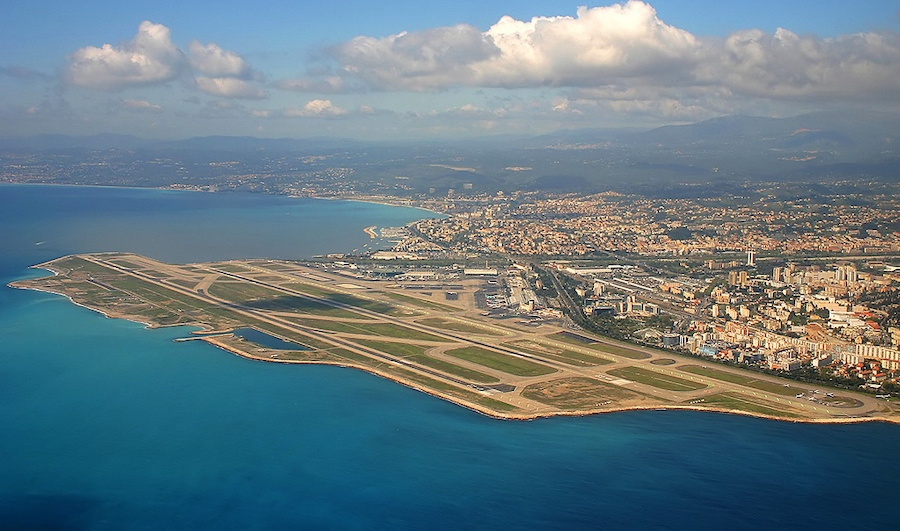 By mid-December of 2019, Nice saw 14 million passengers travel through Nice Côte d’Azur Airport, a giant leap of 4.7% on the previous year.

For the 8th consecutive year running, Nice Côte d’Azur Airport has seen records on the previous years’ passenger traffic smashed, reaffirming its vaunted spot as France’s second airport and paving the way for the justification of future growth.

Only one year after seeing the 13 million mark barrier broken, translating to more than one million visitors or travellers per month, the airport expects growth to continue into 2020.

Whilst passenger numbers climb, less aircraft came and went from the airport. The contradiction is easily explained in that airlines now have extraordinary capabilities to fill planes, especially during peak summer months, to 99% capacity – great news for airlines, bad news for travellers who already feel the conditions for civilised air travel diminishing.

The environment is a winner though, as less air traffic means less pollution. Couple this with the use of more modern and lower polluting aircraft, and the ecological impact could be significant to the region over time.

New direct routes to popular long-haul destinations such as New York and Beijing have also created more interest in the airport, as have the 12 new connecting flights introduced last winter. The number of direct flights into and out of the airport now stands at 117.

This dramatic rise in traffic of course is impetus for the powers that be to finally grant the long asked for expansion of Nice Côte d’Azur.

As of the end of 2019, the Prefecture of the Alpes-Maritimes had granted authorisation to expand Terminal 2, adding more than 25,000m2 of floor space to the existing space, under the stipulations that they take into account the potential noise pollution and the integration of the aesthetics of the new plan. Thus, the airport will be equipped to accommodate four million additional passengers by 2022, roughly 18 million total per year.