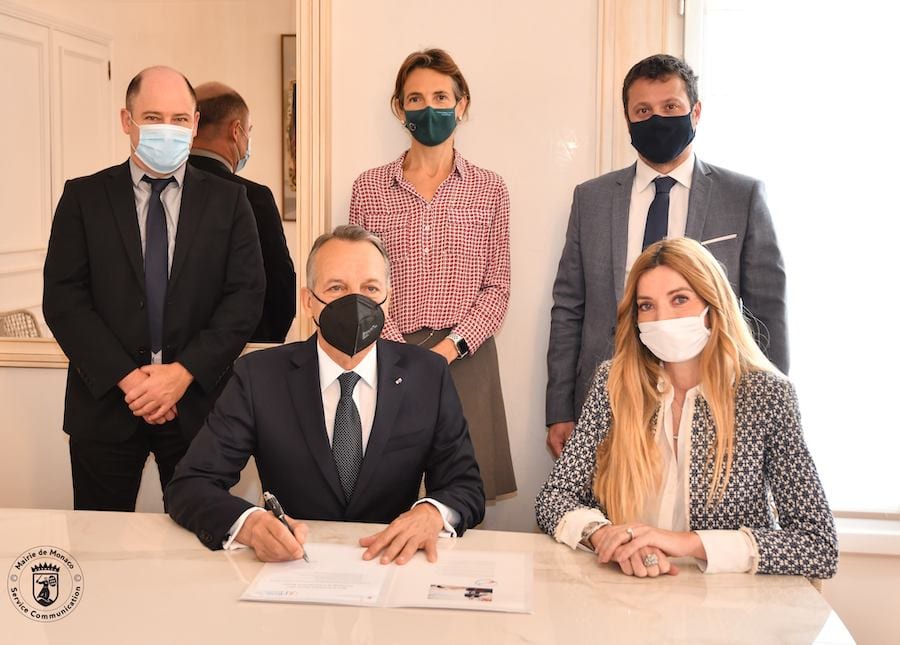 The Mairie has announced that municipal workers will now be using the French carpooling app Klaxit, a further boost to the government’s attempts to reduce traffic in the Principality.
First introduced in September 2020, Operation Klaxit Monaco provides government funding of 100% for carpooling trips under 30 kilometres for three months.
The Klaxit app has been a great success in France, boasting two million trips each day.
In the Principality, the project is being jointly carried out by the Mission for Energy Transition, the Department of Foresight, Urban Planning and Mobility, and the Department of Digital Services. It is part of the policies put forth by the government aiming to reduce vehicle traffic in Monaco by 20% by 2030, bringing density down to 1990 levels.
Klaxit complements the government’s push to develop public transport, use shared mobility, and apply other “soft” modes such as walking or biking.
As an incentive for the drivers, they get paid for their efforts.
“The driver gets 10 cents per kilometre and per passenger,” explained Georges Gambarini, head of the Smart City program within the Digital Services Department.
“Regarding payment, Klaxit guarantees the driver at least €1.50 per trip,” added Julien Honnart, CEO and Founder of Klaxit. “The generation of payment is done with geolocation. The app knows that the driver and passengers have left and arrived at the same place at the same time.”
Therefore, on a journey of 20km, for example, the driver is paid €2, financed 100% by the state.
By signing up with Klaxit, the Mairie has joined a group of 25 establishments, equalling over 9,300 employees in the Principality.

Photo: The signing took place on Tuesday 27th April in the Town Hall in the presence of Mayor Georges Marsan, Deputy Mayor in charge of the Living Environment, Environment and Sustainable Development Marjorie Crovetto, Project Manager at the Energy Transition Mission Catherine Dumortier, Head of the Smart City program within the Digital Services Department Georges Gambarini, and Sébastien Perret, Section Head at the Planning and Mobility Department, by the Mairie de Monaco