9th meeting of the Commission for the Integration of Graduates

9th meeting of the Commission for the Integration of Graduates 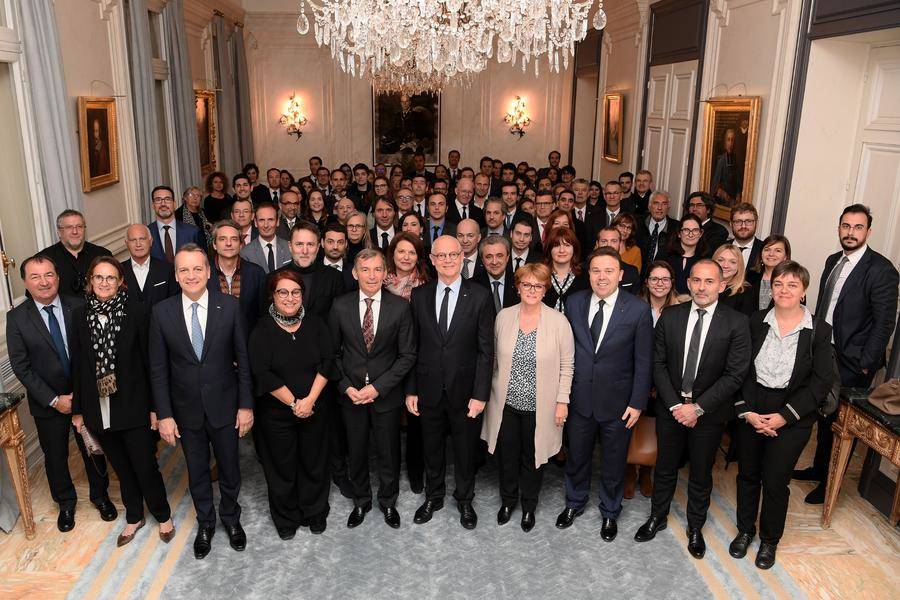 Created in February 2010 by the Prince’s Government, the Graduate Integration Commission maintains the intellectual wealth of the Principality and allows expatriate graduates to return to Monaco.

The Alumni Inserting Commission met on 9 January for the 9th consecutive year to present its activity report and decide on actions to be undertaken in 2019.

Placed under the authority of the Government Counselor-Minister of Social Affairs and Health, Mr. Didier Gamerdinger recalled that the integration of young graduates is a key concern of the Prince’s Government.

“We must better prepare our students and students for their future professional life, in their choice of profession and inform them about promising sectors to better organise the symbiosis studies/work for a better integration into the world of business.”

He also thanked the Members of the Commission for the rich exchanges that have contributed since 2010 to enrich the actions proposed by the executive cell, always for the benefit of young graduates.

In charge of the mission to the Commission for the Integration of Graduates, Ms. Muriel Bubbio highlighted a particularly positive assessment for the year 2018.

“I hope that the CID will become a tool that young people appropriate for their research. The CID is the interface of this new version employment program. It enables entrepreneurs to leverage their economic and social impact in the Principality, particularly through job creation. Young graduates come with benchmarks that speak to companies.”

The CID brings together the best of youth and the best of what Monaco companies have to offer, always with the opportunity of employment by skill.

The 2018 Graduate Integration Commission in figures:

At the end of this meeting, the business managers who signed these partnerships were warmly thanked by HE the Minister of State for the traditional reception held in their honour at his residence and to which the members of the Graduate Integration Commission also participated.