Home News Local News Are you getting yours? 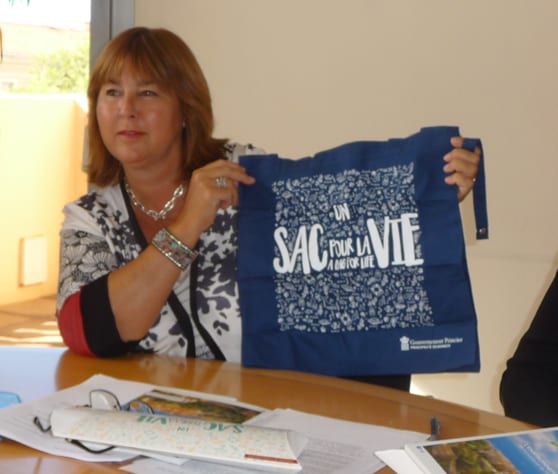 The campaign to send some 22,000 Monaco homes by post “Un sac pour la vie” (A bag for life), is in full swing this week, compliments of the Monaco Government.

And Monaco Life is supporting the initiative by asking readers to spread the environmentally-friendly message. Take a creative picture of you with your new bag anywhere in Monaco and tag the photo in Instagram (@monacolife_) or Facebook (@monacolife.net) #sacpourlavie #monacolife. We’ll post various shots on our homepage and over the next month, the winning image will win a year’s subscription to Monaco Life’s Premium Service, which includes free access to Urbanologie.

Although a ban against the use of plastic shopping bags has been in effect in the Principality since June 1, 2016, Mme Marie-Pierre Gramaglia, Minister of Public Works, the Environment and Urban Development, launched the “A bag for life” initiative officially on September 7.

“There are 250 billion plastics bags in the Mediterranean sea,” Mme Gramaglia pointed out, and each bag takes 450 years to decompose. In Europe, each person uses on average 200 plastic bags per year.

“The Bag for Life campaign therefore has two meanings,” the Minister, in the presence of Mme Valerie Davenet, Director of the Environment, added. “First, a reusable biodegradable cotton bag you can use for life, and second, one less plastic bag in the Mediterranean.” 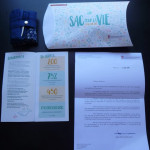 In a week’s time, a royal blue cotton bag, 35 x 35 cm, designed with the words “Un sac pour la vie, A bag for life” will be sent in the mail to each Monaco resident, with a letter from Mme Gramaglia explaining the initiative and an educational pamphlet about plastic bags and the environment.

“We want to convince people to use reusable bags,” Mme Gramaglia said. “We can’t wait for the change, we are the change.”

There are 200 stores in Monaco supporting the plastic bag ban campaign. But the “Sac pour la vie” bags will not be for sale or available from any shop.

A tasteful informative animated video in French will be released in parallel to raise awareness about the negative impact plastic has on the environment and to help promote the “A bag for life campaign”. An English version, with a young boy’s voiceover, is due to be released in the coming weeks.

At the beginning of the New Year 2017, there will be a further ban on disposable packaging plastic bags, like you use to buy fruit and vegetables in the supermarket, that are less than 30 percent bio-based materials (this will rise to 60 percent in 2025). And from January 1, 2020, plastic cutlery and disposable kitchenware will also be forbidden and replaced with utensils made from plant-based compostable materials, the new generation of plastic.

“It’s all about changing our habits,” Mme Gramaglia emphasised.

The ban on plastic bags also went into effect in France on July 1, 2016.

Local News Luke Entwistle - May 9, 2022
AS Monaco Basketball scraped a victory against Le Mans on Saturday (83-84), as they made their first appearance in the Betclic Elite since their Euroleague exit against Olympiacos on Wednesday.