A champion’s drive from Verstappen in Hungary

A champion’s drive from Verstappen in Hungary 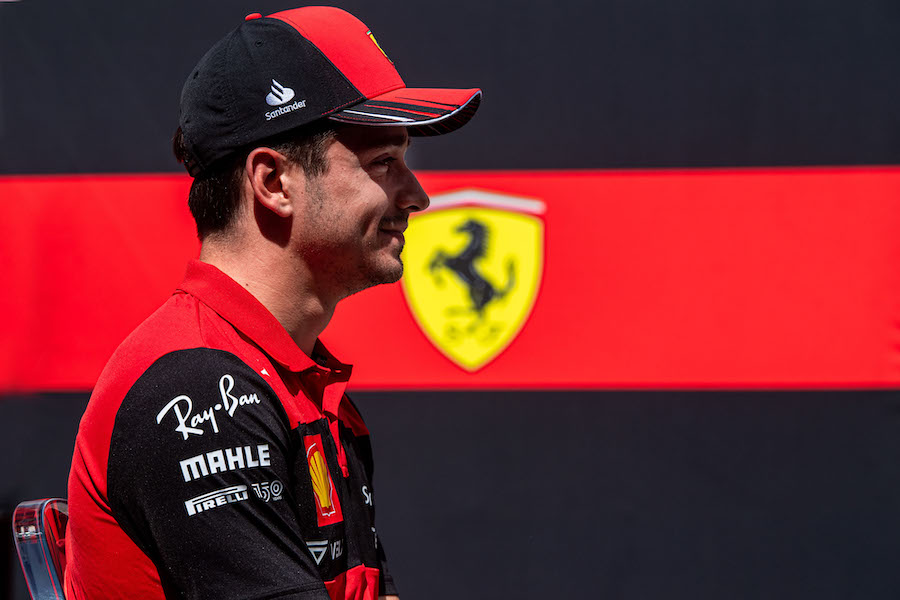 Max Verstappen won the final race before the summer break in Hungary on Sunday, whilst Monegasque rival Charles Leclerc was the victim of another Ferrari strategic error.

Few would have believed that Verstappen would seal his eighth win of the season and the second in just seven days at the start of the day. The reigning World Champion started 10th on the grid following a technical failure in qualifying.

Ferrari, however, couldn’t profit as George Russell shocked fans at the Hungaroring to take the first pole of his career. Carlos Sainz took second, whilst Leclerc could only manage third.

In contrast to last season’s hectic, incident-filled first-lap, this year’s race got off to a clean start as few drivers managed to make inroads. The top three remained unchanged; the biggest benefactors were Lewis Hamilton and Verstappen, who both gained two places off the line.

By lap 10, Verstappen was already up to sixth, whilst the Ferraris were struggling to catch Russell up front. That changed during the second stint of the race. Following the first round of pit stops, Russell couldn’t replicate his pace and was quickly reeled in by Leclerc, who overtook his team-mate Sainz in the pits.

Despite a valiant defence from the Brit, Leclerc did force his way past the Mercedes by being late on the brakes going into turn one.

Meanwhile, Verstappen was quietly putting himself in contention for the win. He had pace throughout and had the strategy to match. A pit stop on lap 39 saw him undercut both Sainz and Russell. Leclerc was now all that stood in the way of another Verstappen victory.

But once again, Ferrari fumbled the bag. Whereas rivals were pitting onto the soft and medium tyres, Leclerc was pitted onto the hards: a questionable call, which will likely precipitate another inquest at the Italian manufacturer.

Just one lap later Verstappen made light work of getting by his Monégasuqe rival, but Leclerc would be given a lifeline just seconds later. The Dutchman looked to be romping away to victory, when on the slippery Hungarian track he spun 360 degrees to allow Leclerc back past, whilst Sergio Perez and Hamilton also closed back in.

That error was of little consequence. Leclerc was simply on the wrong tyres and didn’t have the pace to challenge Verstappen. Three laps later, Verstappen passed Leclerc for a second time in what was the definitive move of the race.

Things would go from bad to worse for Leclerc, whose Ferrari seemed to be moving through treacle as rivals just streamed past. Russell made his way through Leclerc before Ferrari tried to cover up their error by pitting Leclerc again. It was one pit stop too many, one more than any other driver and by the time he rejoined, he found himself in sixth and out of reach. Although he closed in on Perez’s Red Bull, he didn’t have the time to make a pass and made no further gains.

Having not earned a double podium all season, Mercedes secured their second in the space of a week. Once again it was Hamilton who finished ahead of Russell thanks to a later overtake to ensure a carbon copy of the French GP podium.

Verstappen’s performance was one of the finest of his young career, and was executed in the calm, clinical style befitting of a champion. The Dutchman is now the strong favourite to retain his title with an 80-point lead to manage going into the final 10 races of the season. Although it feels unassailable at this point, there is still time for Leclerc to reel in the run-away leader. He has the machinery for it, but last week’s crash at France made doubts about his champion credentials resurface, whilst the latest in a litany of tactical errors from Ferrari paint a picture of a title challenge that may just have come off the rails.