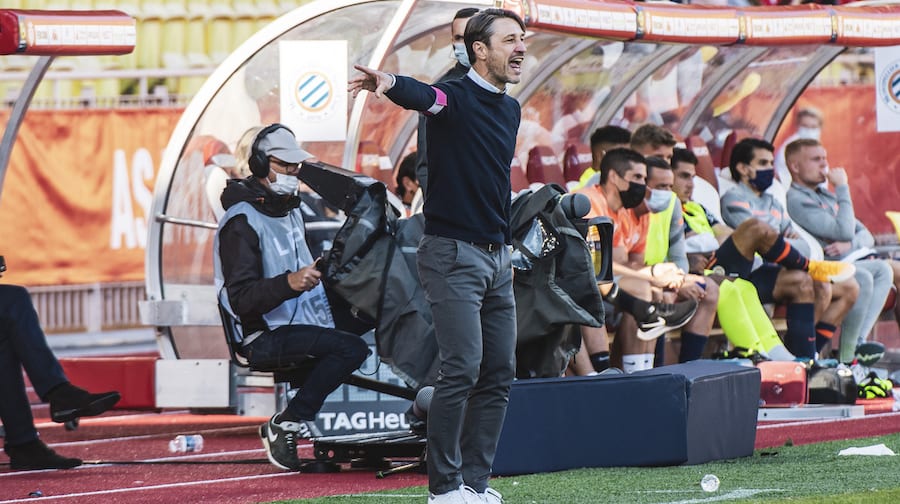 The Red and Whites played a tough match at home against Montpellier Hérault Sport Club which ended in a 1-1 draw and saw Montpellier playing much of the match one man down.
It may have been a quiet Stade Louis II without the support of fans in the stands, but the energy for the match between AS Monaco and Montpellier on Sunday was crackling.
As soon as three minutes in, Gelson Martins made a shot on goal that was deflected by the opponent’s all-round defender Daniel Congré.
A high foot on Florentino Luis by Teji Savanier left Montpellier at a disadvantage at only 19 minutes in when the midfielder was red carded for the act. With a lot of time still on the clock, Montpellier was forced to go on the defence and had only one more shot on goal the rest of the period.
After half time was when things really cranked up. In a surprise move, Montpellier’s Stephy Mavididi snuck one in and suddenly Monaco was one point down. The visitors regrouped to protect their lead and held onto it for nearly 20 minutes. At the 70 minute mark, Wissam Ben Yedder put one between the posts, evening up the score and breathing new life into the Red and Whites. Three more attempts to score were thwarted, and the game ended in a 1-1 draw, a frustrating end for the team and Coach Niko Kovac.
“In the last few years Montpellier has done a good job and achieved some great finishes, so we definitely expected to have a good team fighting against us,” Coach Kovac said after the game. “I do think that they can be candidates for a European place. In any case, when you have an opportunity to win this kind of match against a team like Montpellier, you have to do it.”
AS Monaco plays next Sunday at 9pm where they face off against Lyon in an away game.