A first for Monaco as Constance Paefgen goes to Yale 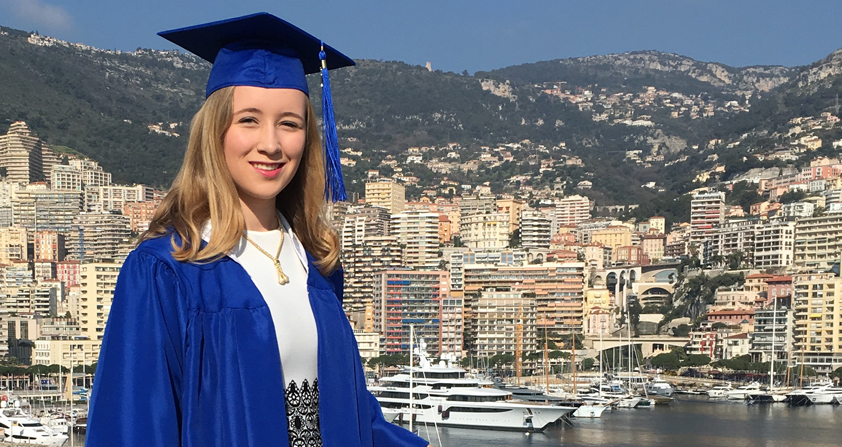 Although Ms Paefgen told ML that “life as a teenager in Monaco is quite exciting, with all the big events that take place on our doorstep”, such as the F1 Grand Prix or the Monte Carlo Rolex Masters, she hardly represents a typical teen Snapchatting her every move with the Principality in the backdrop.

“There are many different types of people in Monaco,” Ms Paefgen, who speaks German, French, English and Spanish, explained. “I’ve personally always been extremely ambitious, hardworking and independent. If I set my mind on something, I go above and beyond to make it happen. I couldn’t be more grateful to have the chance to pursue my intellectual curiosities at Yale and to take classes from some of the world’s most distinguished faculty.”

Ms Paefgen, whose family is “entirely composed of German nationals”, was actively involved in school life throughout the past four years, from serving as the President of Student Council to being Editor-in-Chief of two school newspapers. Other extracurricular endeavours included piano, tennis, public speaking, Model UN, robotics and philanthropy.

“I’ve done five two-week internships in four different countries, including one at the German Embassy of Paris and one at RTL television in Cologne. I’ve also attended summer courses at Columbia and Yale. Moreover, I was awarded Monaco’s Harvard Book Award of 2016 – ironically, I never applied to Harvard, as Yale has always been my first choice.”

Attending Yale has been Constance Paefgen’s dream for many years. “Campus visits and conversations with friends have made me value it as a collaborative community of scholars and as a place, where you are challenged and can challenge. I’m currently thinking of studying Ethics, Politics and Economics, but this might change in the future.” Yale’s Early Action decisions came out December 15, 2016 and she opened the email at home with her family.

“I couldn’t be more excited. Yale offers so many opportunities and resources. In February, the university invited me to partake in Directed Studies, a rigorous academic program for freshman. This fall, I’d like to get involved with the Yale Daily News and the German Society. I’m also very much looking forward to the Harvard-Yale game this November.”

As ambition is a quality she admires in individuals, those who are driven and perseverant in achieving their dreams, Ms Paefgen said by the age of 30 she sees herself as an investment banker on Wall Street. “One day I’d also like to open up my own hedge fund,” she added. “To me, success means setting goals and achieving them.”

Attending Yale in the fall of 2017 is certainly an exceptional accomplishment for this young Monaco resident, who feels that maintaining a healthy work-life balance is very important. “When I have free time, I love going to the gym or playing tennis with friends.”

The soon to be IMS Alumni added: “I hope to become a DJ on Yale’s radio station WYBC. I think people would be surprised to know this but I love EDM – Electronic Dance Music.” 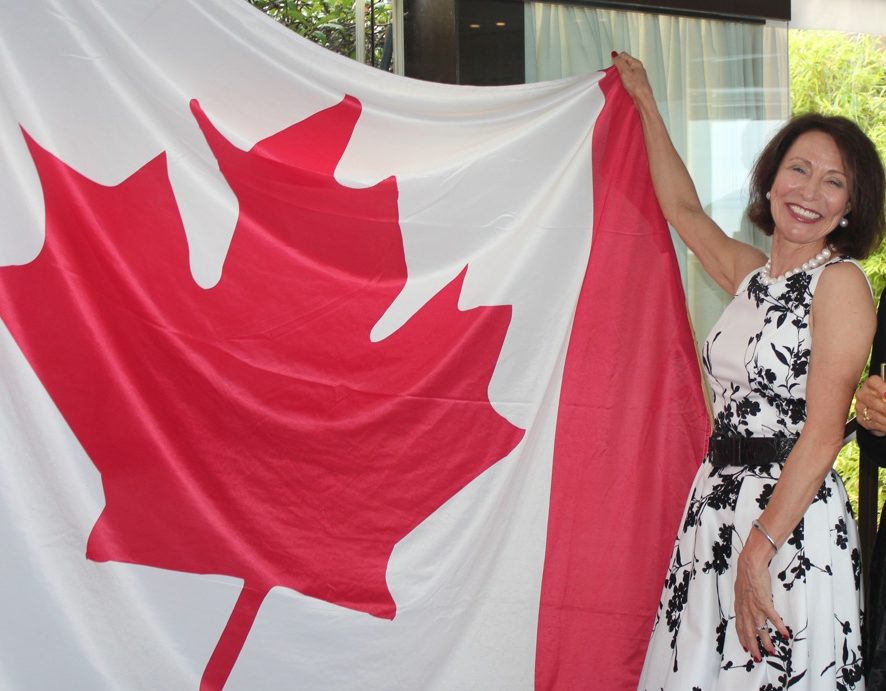 Our Q&A series on Monaco’s Canadian community, in honour of Canada’s 150th, continues with France Shapiro, President of the Canadian Club de Monaco, which will showcase Canada in the Principality across the year.

ML: Can you share some details about Baie-Comeau, where you are from in Quebec? FS: Baie-Comeau is a small industrial town with a population of over 20,000 (30,000 with its periphery) inhabitants, situated 400 km northeast of Quebec City in Canada. In the seventies, Baie-Comeau had the highest average salary of any town in the Province of Quebec. It is also the birthplace of our Prime Minister of Canada from 1984 to 1993, the Honourable Brian Mulroney. ML: Can you talk about where you studied and worked? FS: I studied nursing in Baie-Comeau, then dental hygiene at college in Quebec City and finally, at the University of Montreal, I studied in Administration and Human Resources Management. I worked in several offices as a dental hygienist and then after completing my licence, I got an administrative position in the dental department of Sainte-Justine Hospital in Montreal. ML: How did you end up in Monaco from Montreal? FS: After sailing for many years in the Caribbean, my husband and I wanted a change of scenery and more culture and so we came to Monaco in 2000. With its culture and fiscal advantages, Monaco is a natural choice for Canadians. ML: What do you enjoy most about living in Monaco? FS: For me, without a doubt, it’s the accessibility to culture in all its forms. In Monaco, like in major cities around the world, you have the opportunity to see the nec plus ultra – the best of the best. ML: What is a misconception people have about Monaco? FS: I must admit that it is not easy to make friends in Monaco as people come and go a lot. And there is also reservation because most people are expats. That said, once you get involved, people are very open and welcoming. The trick is to break the ice. ML: You are President of the Canadian Club de Monaco. How did you become involved and can you tell us about the club? FS: Since moving to Monaco, I’ve been a member of the Canadian Club. It’s a very good way to integrate into Monaco’s social life and meet people from different backgrounds. The Canadian Club de Monaco was founded in 1987 and is an active social club, with some 25 different activities a year, like a meal together, concerts, the ballet, conferences ... We have an average of 80 to 100 members each year, and all the proceeds from membership fees are redistributed to charitable organisations in Monaco. I became president because it was my turn to serve and help, and get more involved to bringing on new activities. This is a big year for Canada, as 2017 marks the 150th Anniversary of the Canadian Confederation. On this occasion, the Canadian Club de Monaco is working with the Consulate of Canada in Monaco to make this year memorable for those living in the Principality. Throughout the year, events will be organised to showcase Canada and its culture, and we will share the program with Monaco Life readers once it’s finalised. ML: As you travelled a great deal, what was your reception like as a Canadian? FS: It is fascinating and even surprising how Canadians are perceived worldwide. We are appreciated for our accessibility, our simplicity and our joy of life. Another aspect of being Canadian, which is very valuable, is that most Canadians are bilingual in French and English, which gives a versatility to communicate easily. ML: Why are Canadians unique? FS: Canadians are humble. We are very inclusive as we think that two heads are better than one. This attitude makes us cooperative and gives us a facility to work as a team. ML: What does it mean to you to be Canadian? FS: I am so proud to be Canadian and I am so patriotic that it is sometimes a bit ridiculous. Like Bono and Obama have said: “The world needs more Canada”… Article first published January 26, 2017. READ MORE: Canada 150: A Monaco Life Original Series, Dr Gervais Dionne