A history of music in the Palace

A history of music in the Palace 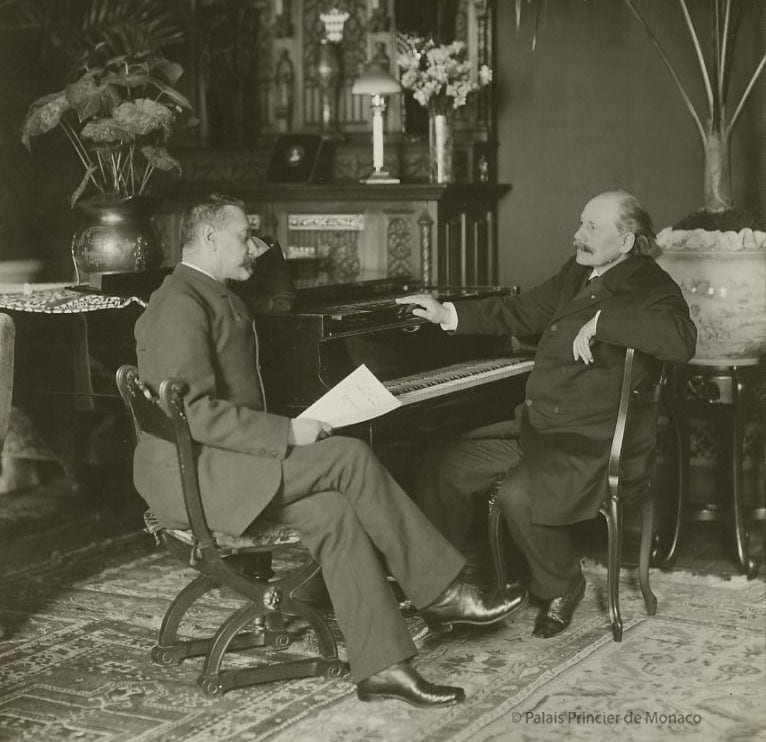 To celebrate Palace Day this year, the Prince’s Palace of Monaco has shared some interesting insights on the history of music and the important role it has played to many Princes throughout the centuries.
Palace Day takes place every year on 19th July and was developed by the Association of European Royal Residences, of which the Prince’s Palace has been a member since 2015.
On Sunday, the Monegasque institution took to Facebook to share its long history with music, the theme of Palace Day 2020.
Since the reign of Prince Honoré II (1597-1662), the Palace of Monaco has attracted musicians and, like other great European palaces, has served as a backdrop for court ballets, such as the Analects of Diane and Apollo in 1654 and Le Vittorie di Minerva in 1655.


At the beginning of the 18th century, Prince Antoine I (1661-1731) kept a permanent ensemble of musicians and himself lived a life full of music, exclaiming in 1730: “We music from morning to evening, and the days seem short to us. Oh! dolce vita!”
The previous year, he had written to the composer Destouches, saying: “I dare to say moreover with truth that with the exception of Paris, there is nowhere where we perform better than here, and that you would be a little edified to see me, sometimes, beating in time and giving movements with the famous baton of Lully: it is a relic that I guard carefully, and that I adopted the moment after his death.”
In 1718, the Italian Baroque composer and violinist Francesco Manfredini, who was in service of Prince Antoine I from 1711 to 1728, dedicated a concert to his patron.

Meanwhile, Prince Honoré III (1720-1795) also recruited the service of renowned concert performers including Valentin Rœser in 1762, who went on to dedicate six sonatas to him.
At the end of the 19th century and the beginning of the 20th century, when the Monte-Carlo Opera was the scene of many important musical creations, Prince Albert I (1848-1922) became friends with the composers Camille Saint-Saëns and Jules Massenet.
In 1959, Prince Rainier III and Princess Grace decided to host an annual season of symphonic concerts in the palace’s main courtyard, where the best international artists performed.

The brass band of the Company of the Carabiniers du Prince was formed in 1979, primarily to take care of the music at military ceremonies. Having expanded its repertoire, the band became an orchestra in 2014 and, on 13th June 2019, gave a concert as part of the annual general assembly of the network of European Royal Residences.
In 2016, reviving the tradition of court music from the great princely, royal and imperial dynasties across 17th and 18th century Europe, singer Cecilia Bartoli formed a baroque orchestra called ‘The Musicians of the Prince – Monaco’.
The Palace released various posts throughout the day on Sunday, detailing the history of music at the Palace, including this television interview with Prince Rainier III and Princess Grace celebrating the centenary of the Monte-Carlo Opera.

Given the health situation this year, only two concerts will be held within the Court of Honour, by invitation of the Palace only, on Sunday 2nd August and Thursday 6th August 2020.