ML: Tell us a little about yourself and how you ended up in Monaco in 2012?
SH: Monaco is undeniably an ideal base if you work in the luxury market, which both my husband and I happen to do. The weather is also significantly better than back home in the UK, though I do travel back and forth regularly for my job.

ML: You are currently Commercial Director VIP Market at Avinco Helicopters. Tell us about the company and also the competitiveness of the helicopter market.
SH: Avinco is one of the largest helicopter sales specialist and has been based in Monaco since 2008, although it also has offices in New York, Dublin and Singapore, and a fully international team of experts to advise its customers worldwide.

As commercial Director at Avinco Private, I take care of the purchase and sales of corporate and VIP aircraft – primarily helicopters.

This is a very competitive market on a global scale, but with the backing and reputation of Avinco and our worldwide network it has proven a strong segment for us. 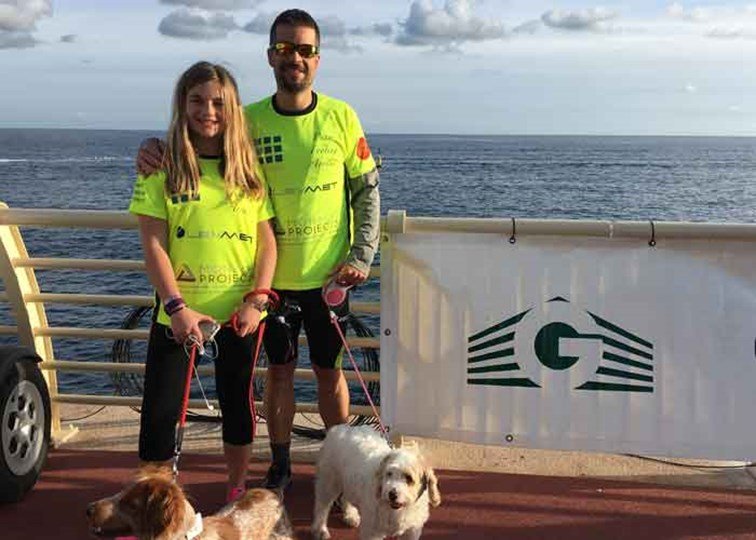 Ben and Alice Rolfe at the 2017 Monaco No Finish Line.[/caption] The Rolfe family, known in Monaco for their sporty fundraising adventures – from No Finish Line to Marathon des Sables – has set yet another ambitious dad-daughter challenge to raise awareness for diabetes. Monaco readers will recall that in April of this year, Ben and his eldest daughter, Emily, completed the 250 km Sahara Desert race over five days. The 16-year-old became the youngest person to finish the “Toughest Footrace on Earth”, and helped to raise money for diabetes. Ben has been competing in ultra-distance races for several years, including the prestigious 160 km Ultra-Trail du Mont-Blanc. More recently, the Monaco-resident did the local 130 km Cro Magnon Trail from Limone Piemonte to Cap d’Ail – aller-retour for a total of 260 km – to raise money for Diabetes UK, because “they were there for us when Alice was diagnosed”. To date, Ben, who was a self-professed "coach potato" less than a decage ago, has raised over €100,000 for various different causes through the JustGiving website. “I wanted to prove to my daughter, that even though she had a life-changing – and potentially life-threatening – condition, that she could do anything she wanted if she put her mind to it,” the father of three girls explained at the time. The condition is Type 1 diabetes, which his daughter Alice was diagnosed with in 2013, at the age of 11, by a finger prick test. Living with diabetes “Managing Type 1 diabetes is a 24/7 job. There are no holidays,” describes Ben, who along with his wife Sally, has been intensely involved with the management of Alice’s disease since her diagnosis. They get up to check her blood in the night and liaise with her during the day. “Everyone needs carbohydrates for their body to function but Alice's body does not produce the insulin required to use those carbs, so that has to be introduced externally. “It’s not just a question of managing how many carbs she eats, but calculating how many carbs she is ingesting, and then putting in enough insulin to deal with those carbs.” As Ben says, some people suggest she could just cut out carbs. “If she did, she would die.” Alice needs to check her blood sugar levels with a finger prick, but the calculation also includes how much exercise she has done or is about to do. And because insulin is a hormone, it can be affected by the body's other hormones. So it is never an exact science. “Alice is also a growing teenager and that affects her calculations. And there’s a constant pressure of knowing that getting it wrong can mean a hypo – low blood sugar – which can affect a diabetic's ability to function, much the same way as drinking too much alcohol, and then the associated ‘hangover’, once they hypo has been treated by eating something. If blood sugar levels fall too much then the diabetic can pass out or worse. And then if the blood sugar level goes too high, that too can have serious ramifications such as blindness, amputations and death, if not treated in time with insulin.” Climb every mountain Alice, a student at Lycée Albert 1er who will be 16 in May (and has a younger sister Isabelle, 12), is now up for her own dad-daughter challenge, “partly because of the sibling rivalry with Emily but also because she is my daughter,” Ben adds. “We were thinking of a challenge other than the Marathon des Sables and as Kilimanjaro is something I've always wanted to do, the target was set for this June.” Trekking up Africa's highest peak over five days from base camp with a hormonal 16-year-old girl might be a “little tricky”, but it’s the mood swings that can make up part of living with diabetes which concern Ben the most. “While both of us have experience at altitude, skiing and trekking, we don't know how climbing to nearly 6,000 metres will affect us, or Alice's diabetes' treatment. We also need to work on hypo treatments that are light enough to carry for a week but effective enough as I think that the constant activity and altitude will probably exacerbate her carb usage and make the insulin more efficient. “Ketones are also a worry. Your body burns fat to use and produce ketones whenever glucose sources are low or depleted, which happens especially during physical exercise. Of course, Alice cannot deal with that internally, so her ketone levels will have to be carefully monitored during the trek.” A few years ago, Ben was in hospital, about to have an operation, when Alice rang him from Outward Bound in the UK’s Lake District because her ketones level was too high, which was a result of the physical exercise she was doing. “Between us, we had to calculate how much extra insulin she needed to inject in order to manage the ketones before it got out of hand and started to threaten her health. “You can never really switch off with diabetes, although nowadays Alice’s manages it much more independently and just calls in help when she reaches DEFCON 1 levels!” Ben and Alice Rolfe leave for Kilimanjaro via Ethiopia on June 21. Support their climb for Diabetes UK with a donation through JustGiving. Article first published February 24, 2018.