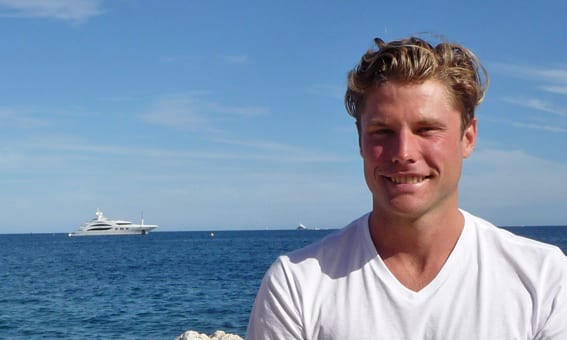 On September 18, the first London to Monaco cycle charity ride will begin – an epic 10-day journey starting from the Tower of London, and arriving at the Prince’s Palace in Monaco on September 27, to coincide with the launch of the Monaco Yacht Show the following day.

An initiative of London-based Winch Design, the award-winning company “specialising in the exterior and interior design of yachts, aircrafts, residential and commercial properties”, 73 cyclists from the superyacht industry – Burgess, Rivergate, Oldenburger, Boat International, Icon Connect, Arcon Yachts and Reef Knots – will saddle up for the 1500 km challenge over three countries, hitting peaks of 12,000 feet, to raise awareness and money for the Blue Marine Foundation, which was founded in 2012. Organisers hope to hit £500,000 to go towards two projects targeting ocean protection, in the Aeolian Islands north of Sicily and the remote island of Ascension in the tropical Atlantic.

Winch Design has long supported Blue Marine, including the “Whale Room” design by William Blomstrand at Sweden’s Ice Hotel in 2012, which replicated the ribcage of a whale.

Andrew Winch, remarked, “I’m passionate about the oceans and know that we must ensure the future of our seas. As a great supporter of Blue Marine Foundation, I wanted to make a real contribution to their wonderful work in celebration of our thirtieth year in business. The entire team at Winch design is inspired to do their bit to help and I hope people within our industry will get behind this event to show their support for Blue and the environment.”

The four stages of London to Monaco

Local News Staff Writer - February 22, 2019
The Yacht Club de Monaco has signed a partnership with German shipyard Nobiskrug, strengthening its vision to position Monaco as the capital of yachting.

Local News Stephanie Horsman - June 15, 2020
The Princely Family, including twins Prince Jacques and Princess Gabriella, came out on Saturday to cheer on the Princess Charlene of Monaco #54 Ferrari, competing in the first ever Virtual 24 Hours of Le Mans.