A Monegasque debate on public security 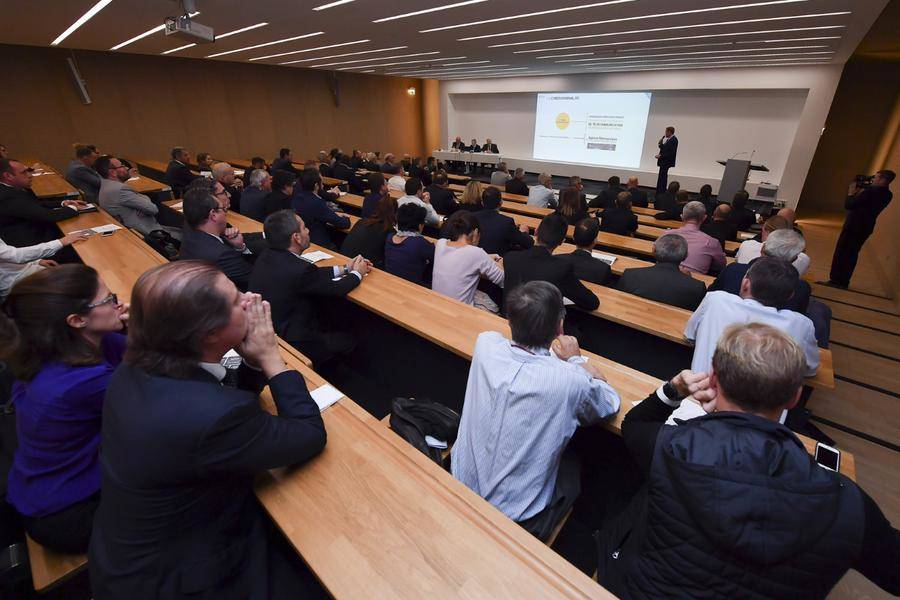 Public Security, in partnership with the Monegasque Association of Financial Activities (AMAF), organized on Wednesday, December 5, 2018, at the Auditorium of the Lycée Technique et Hôtelier, a conference-debate on topics related to security in the Principality of Monaco.

Chaired by Mr. Patrice CELLARIO, Councilor-Minister of the Interior, and initiated by Mr. Richard MARANGONI, Director of Public Security and Mr. Etienne FRANZI, President of AMAF, this meeting was intended for professionals the Principality’s banking activities and to accountants in the field of public accounting.

On the basis of the development of the partnership contained in the “Monaco a safe City” project, the Public Security wanted to present a broad reflection on prevention in the field of security in Monaco.

Through these working meetings, the Public Security wishes to apply a proactive prevention policy, promoting, in particular, a strong partnership with the various socio-economic actors of the Principality but even more with the entire population.

These meetings with professionals coming here from the banking sector, but also considered in the field of luxury, hospitality, and more generally with the various economic actors of the Principality should allow to establish the base of a future structure exchanges of information which, in a regulatory framework, will maintain and reinforce the high level of security that continues in the Principality.

Local News Cassandra Tanti - June 27, 2019
A French Judge leading the case on suspicion of corruption involving a Swiss art dealer and Russian businessman Dmitry Rybolovlev will be removed from the investigation.

Local News Stephanie Horsman - June 3, 2020
After weeks of debate and uncertainty about timings and legalities, the French application StopCovid was launched Tuesday for both Android and iOS devices.