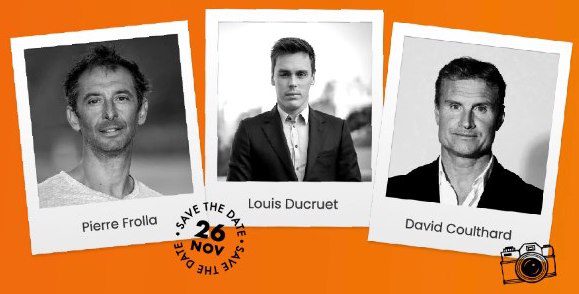 The International Day to End Violence against Women is being observed on 25th November and to mark the event, two Monaco associations are banding together to show boys and men how they can help stop aggressive behaviour towards girls and women.

Since the start of the pandemic, something just as sinister as Covid has been on the rise. According to frontline workers reporting to the United Nations (UN), domestic violence against women and girls has risen sharply with some countries reporting a five-fold increase in calls to helplines since the start of the health crisis.

This “shadow pandemic”, as it has been nicknamed by the UN, is being highlighted on 25th November on the International Day to End Violence against Women.

In the Principality, an event will be held on Friday 26th November by Monegasque organisation SheCanHeCan with the support of the Committee for the Promotion and Protection of Women’s Rights. The event is aimed at teaching men and boys how they can take an active role in preventing violence against women.

A stall will be set up in the Commercial Gallery of Fontvieille from 10am to 6pm, and men and boys are invited to have their photos taken along with a message of support to the cause.

Represented by ambassadors Louis Ducruet, Pierre Frolla and David Coulthard, the goal of the day is to collect over 200 portraits of men standing up against violence against women. Each participant will choose the message he wants to convey, such as “A real man doesn’t hit a woman” or “I say NO to violence against women”.

They will also be asked to take a “Pledge for Equality”. This pledge comes in the form of a daily action such as, “I pledge to speak about this experience with my family or friends.” The hope is that by speaking openly about the issue, people will begin to incorporate equality and non-violence into their lives as a matter of course.

As most violence against women and girls is inflicted by the opposite sex, their participation and support are vital in reminding people that the vast majority of men and boys are against such behaviour.

The photos will be available for viewing on the SheCanHeCan, Fight AIDS Monaco, and the Committee for the Promotion and Protection of Women’s Rights social media and websites.

To show support, the Prince’s Palace, National Council building, Oceanographic Museum, the Hôtel de Paris and the Odeon Tower will all be swathed in orange, the official colour of the movement, on the night of 25th November. This tradition has been followed since 2015.