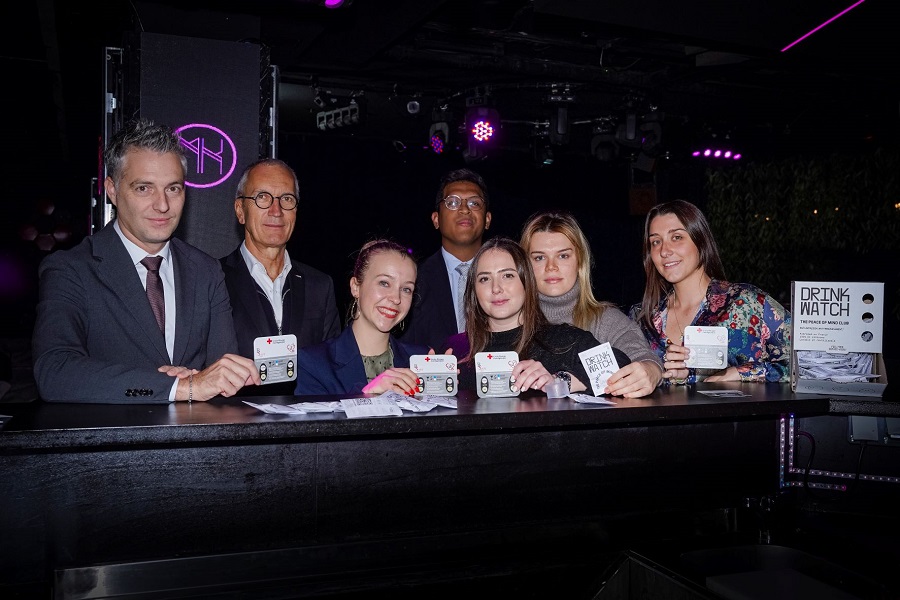 A collaborative effort between Be Safe Monaco, Fight Aids Monaco and the Monegasque Red Cross has seen the release of the “Une Soirée en Toute Sécurité” campaign that hopes to educate and protect partygoers from drink-spiking over the Christmas and New Year period.

A safe night out, une soirée en toute sécurité, is something that everyone should be able to enjoy when out celebrating. Yet this basic right is often jeopardised by drink spiking: a sinister and often hard-to-detect danger that anyone, but particularly young women, can risk facing. It is an issue that becomes even more prevalent during the most popular holiday season of the year, when huge number of revellers take to bars and nightclubs to celebrate Christmas and New Year.

In a welcome move to raise awareness and help fight this problem, this year, the Monegasque organisations Be Safe, Fight Aids and the Red Cross have put together an anti-drink spiking campaign that will run for a whole month, from 2nd December to 2nd January 2023.

The celebratory launch of the campaign was held on Friday 2nd December at the MK in the Port of Monaco, with representatives from all three organisations in attendance.

This latest initiative comes as a measure to supplement and build upon Be Safe Monaco’s previous campaigns. Be Safe Monaco, created in 2017 by five young women including Camille Gottlieb, the daughter of Princess Stephanie of Monaco, is committed to fighting drink-driving and most notably developed a programme for a free shuttle-bus during the summer months that provided free transport to night-time partygoers.

“A Safe Night Out” offers a two-pronged approach to targeting drink spiking, providing participating establishments free-of-charge with two innovative products: the first is a reusable anti-intrusion cap that can be used to cover drinks and prevent spiking, and the second product is a testing kit that can be used to safely detect the two most common drink-spiking substances of ketamine and GHB.

“Go out, have fun, but stay in control of your evening!” says the Monaco branch of the Red Cross on its website.