Home Sports A summer of sport at the Port of Monaco

In addition to the pergolas, shade sails and rides for the kids, sport is a major part of this year’s summer activities offered by the Monaco City Council.

An electric kart circuit is open every day from 3pm to midnight. Families are encouraged to enjoy the activity with dedicated “baby” karts available for the young ones aged over three.

Two basketball courts have also been set up on the Quai Albert I, one is an inflatable structure for children, with free access from 4pm to 9pm, and another is a hard 3×3 structure with a slot from 6pm to 7pm reserved for introductory sessions supervised by a coach.

On Friday 2nd August at 6pm a friendly tournament will be held with teams from different groups in the Principality, while Saturday 3rd August from 2pm to 6pm will see the FIBA 3×3 Satellite Tournament, with international professional players fighting it out for a tournament win​​. 3×3 involves six players in total on a half basketball court – 3 against 3. It incorporates specific rules to make the game fast and fun, and there will be plenty of music to set the energetic mood.

The August 3rd tournament will qualify for the Rimini Beach FIBA ​​3×3 Challenger Tournament on August 19th and 20th (professional level of the FIBA ​​3×3 circuit) as well as for the 3×3 Master Tournament, the highest level of the 3×3 professional circuit. Taking part will be Jeep Elite players Antoine Eito and Jo Passav-Ducteil, and and even France’s national under 23 3×3 team. Entrance is free.

Another sport which has been in full swing for a few years is padel. Derived from tennis, padel requires a smaller pitch, framed by walls and/or fences, and is played in doubles only. The public has access to the temporary court currently located on Quai Albert I every day from 2pm to 9pm until 25th August. Access is free. 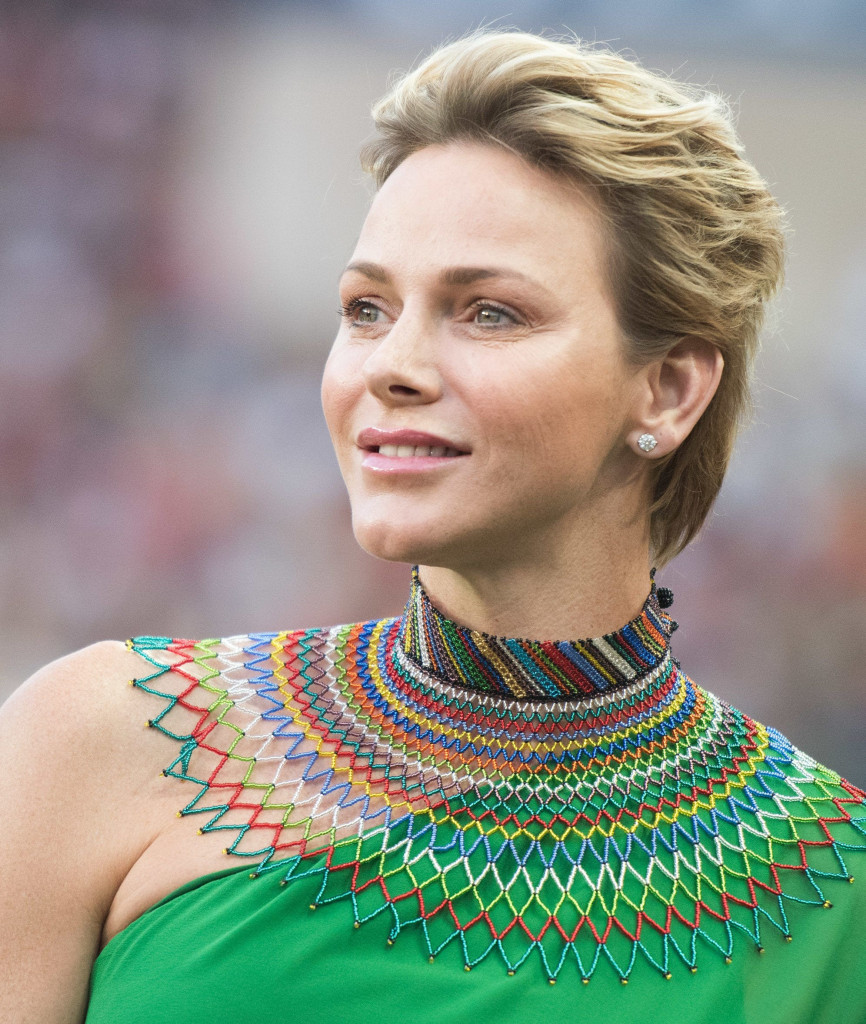 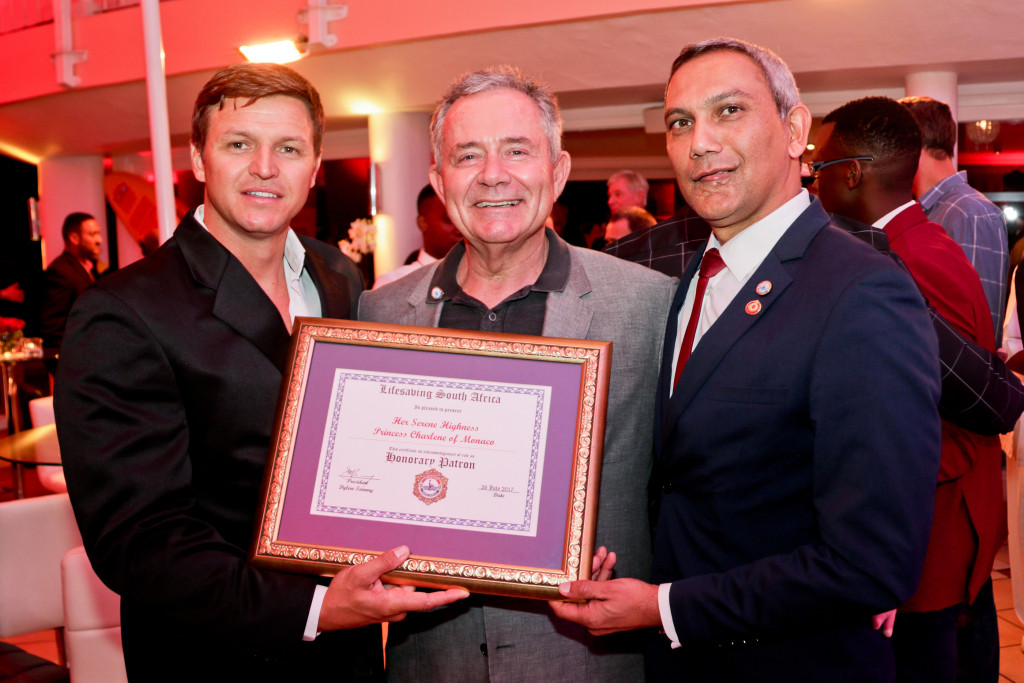 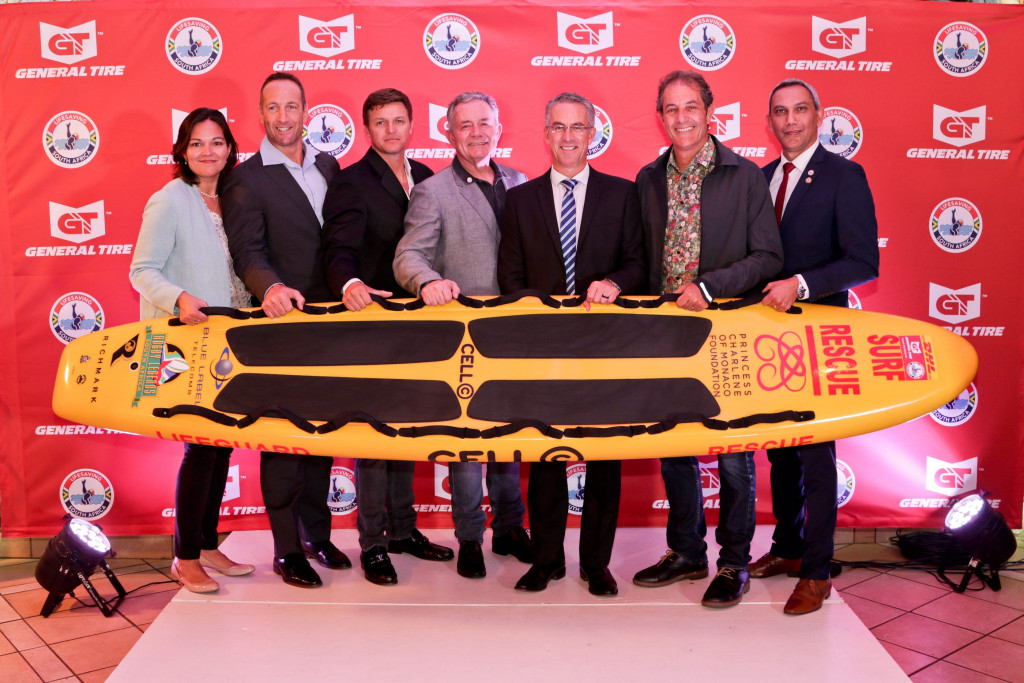 Photo: Howard Cleland[/caption] 200 rescue boards donated to Foundation LSA’s Watersmart program is a classroom based educational water safety program developed to complement the current Grade 4 Life Skills curriculum. The program, presented by Lifesaving SA Watersmart facilitators will, during the course of 2017, be delivered free of charge to over 80 schools nationwide. Gavin Varejes, President of The Princess Charlene of Monaco Foundation SA, also announced the distribution of 200 rescue boards, valued in excess of 2 million rand (€132,000) from the Princess Charlene of Monaco Foundation SA to Lifesaving SA, with thanks to Cell C and Richmark Holdings. This will see every LSA affiliated lifesaving club in South Africa receiving rescue boards to continue their critical service to the community. Mr Varejes, known for his generosity and support of the SA Surfing Legends and President of SA Rugby Legends as well as his involvement with the South Africa-Monaco Rugby Exchange, said, “The new partnership will hopefully continue to encourage different sporting codes to work together and form the bonds, strengths and partnerships that make such a wonderful difference in our country”. Doug Mattheus, Head of Marketing at Cell C, commented, “Cell C endorses this initiative in growing an awareness around water safety in South Africa and deems it a great privilege to be associated with the Princess Charlene of Monaco Foundation SA”, [caption id="attachment_19747" align="alignnone" width="640"] 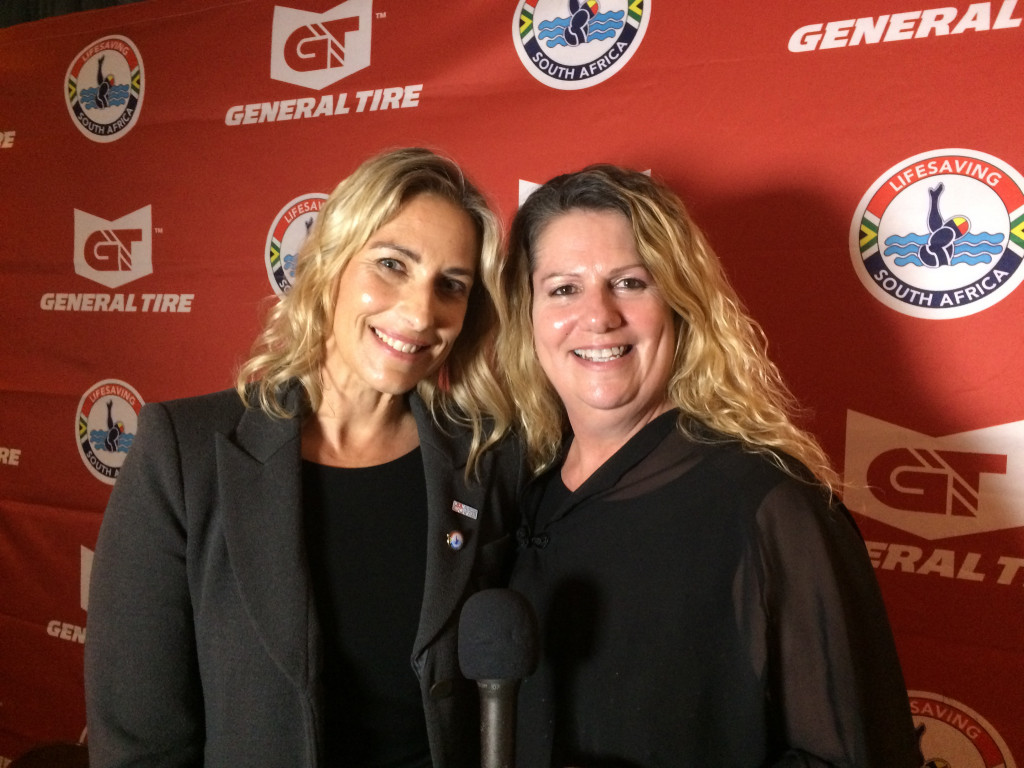 Dominique Donner and Lizette Botha, PCMFSA Project Managers. Photo: PCF[/caption] Sending a message to corporate South Africa: get involved with saving lives Lifesaving South Africa President Dylan Tommy and SASCOC President Gideon Sam both expressed gratitude to Princess Charlene and Mr Varejes for their contribution to raising the profile of Lifesaving in South Africa, on a social level and as well as a sport. Mr Tommy noted, “We are extremely grateful to HSH Princess Charlene for agreeing to serve as the Patron for Lifesaving South Africa. With the Princess as our Patron and the partnership we have established with The Princess Charlene of Monaco Foundation SA, we will be able to achieve far greater success in our fight against drowning in South Africa.” In 2017, Continental Tyre SA committed to a three-year investment and sponsorship of Lifesaving SA, and its Product Communications Manager Ryan Visagie applauded the contributions of Varejes and corporate heavyweights Richmark and Cell C. “It sends a great message to corporate South Africa to get involved with saving lives. You can’t put a price on saving a life and it’s fantastic to see the investment in Lifesaving as a result of the partnership with the Princess Charlene of Monaco Foundation SA,” said Ryan Visagie, Continental Tyre SA. SASCOC president Gideon Sam described Princess Charlene as “an inspiration to the global community and a particularly special South African”, adding, “It was noted that the Princess gives so much to the country she grew up in, but also so importantly to the serious issue of water safety and water education.” Article first published July 27, 2017. 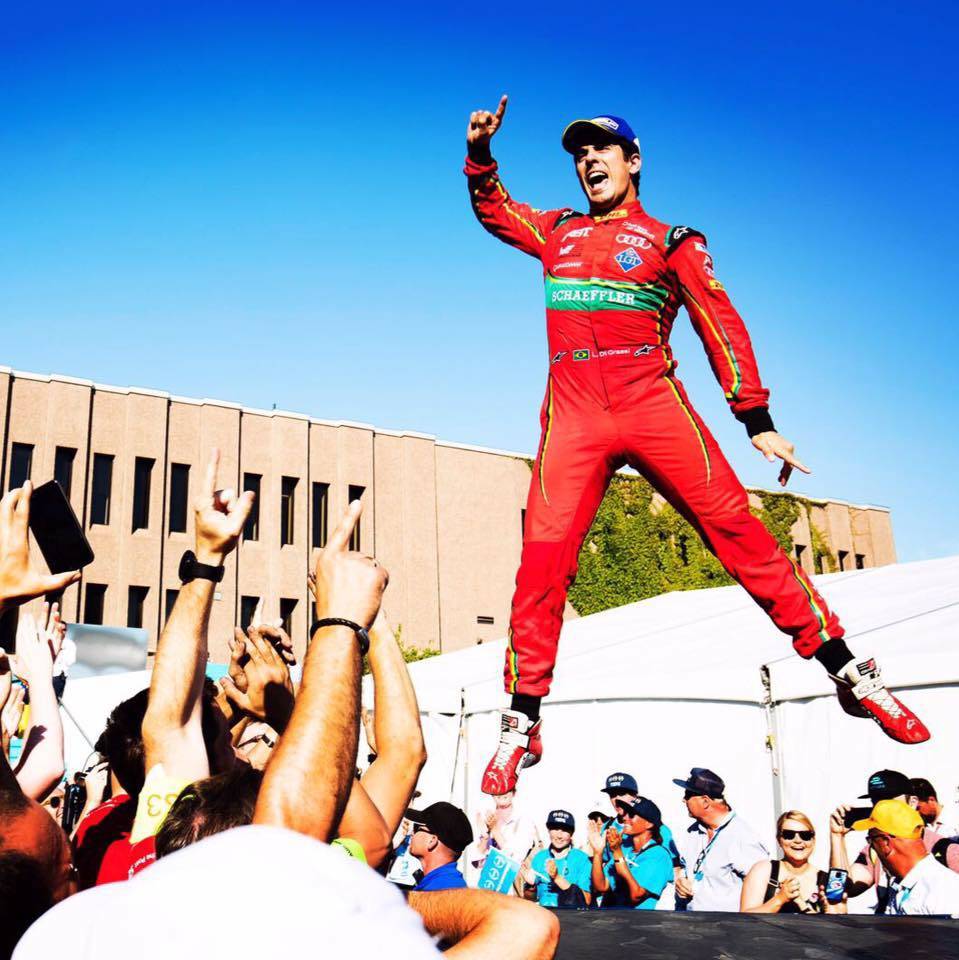 Photo: Facebook Lucas Di Grassi[/caption] At the inaugural Hydro-Québec Montreal ePrix on Sunday, July 30, Monaco resident Lucas Di Grassi claimed the Formula E world title after a “calamitous weekend” for defending champion Sebastien Buemi. Speaking about the hilly 2.75-kilometre, 14-turn street circuit, Di Grassi, who won the inaugural electric race in Beijing in 2014, commented: “It’s probably one of the best tracks in Formula E history so I think everyone is pleased.” The Abt Audi driver went into Sunday’s final with a six-point lead after taking 25 points for the win and another three for pole position. Renault's Buemi picked up 12 for finishing fourth. Having finished third in the first Formula E season and second last year, after being edged out by Buemi, the Brazilian – who turns 33 on August 11 – was in tears having finally reached the number one position of the podium. The 2017-18 Formula E season, which kicks off on December 2 in Hong Kong, introduces a more compact schedule, including three double-headers and three new venues – Santiago, Sao Paulo and Rome. This fourth edition of the world’s first fully-electric single-seater racing series comprises the most races to appear on the calendar since its inception in 2014. Alejandro Agag, Founder and CEO of Formula E, said: “It’s exciting news to welcome a number of new host cities on the Formula E calendar, as well as seeing existing locations build on the success of previous events.” He added, “Formula E is continuing to expand the calendar and the number of cities in key markets, in addition to the growing list of partners and manufacturers joining the electric revolution. Our priority is to consolidate a calendar with long-term agreements with host cities – the schedule for Season 4 is a step in the right direction.”