A win for AS Monaco

A win for AS Monaco 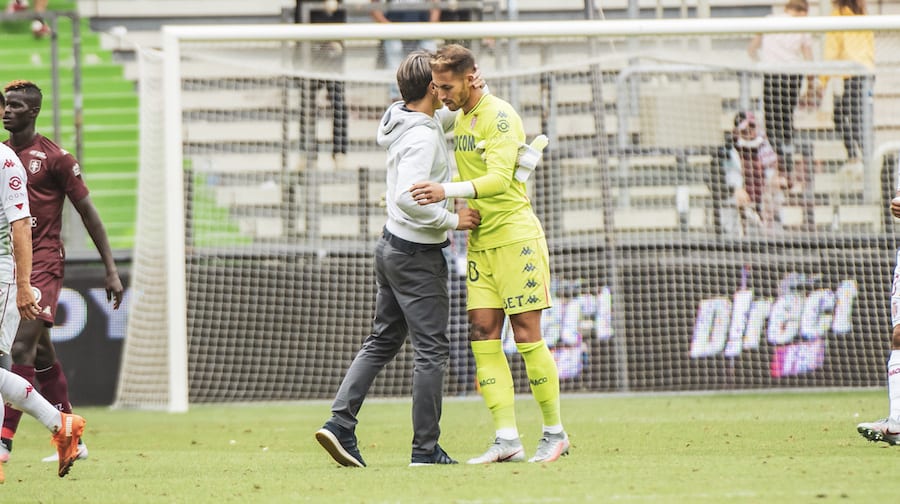 AS Monaco has earned their first win of the season against FC Metz thanks to solid teamwork and good old-fashioned hard work.
Just one week after their draw against Reims, the Red and Whites went on the road for their first away game of the Ligue 1 season in Metz. Coach Niko Kovac had virtually the same starters as for the previous game with the notable exception of adding Dijbril Sidibé to the left flank defensive line.
The game was a back and forth volley match for the first quarter hour, with Monaco keeping possession of the ball throughout much of it.
Not much excitement happened until the 22nd minute of play. This is when Benoît Badiashile made a fantastic play and sent the ball to the top corner of the goal where it slid in past Metz goalkeeper Alexandre Oukidja for the one and only score of the game.
Metz was fired up after the goal and put Monaco goalie Benjamin Lecomte through his paces. Almost immediately after the big score, Farid Boulaya made a play and Lecomte narrowly averted the ball from finding its way between the posts. Boulaya came back again just minutes later and the Monaco goalkeeper only just saved the game from evening up.
The game was being played aggressively by both sides, and by halftime, 15 fouls and 3 yellow cards had been doled out.
The second half saw much of the same passion displayed and by the 47th minute, Youssouf Fofana had his second yellow card, leaving the Red and Whites one man down for the duration of the match.
Lecomte was the undisputed star of the game, batting away shot after shot from Fabien Centonze, Ibrahima Niane, and Habib Diallo at the hour mark. He then defended his side against Vincent Pajot 80 minutes in and even denied the home team their goal from a free kick in the 96th minute.
After the game, Benjamin Lecomte praised everyone’s efforts but also admitted that there’s work to be done:
“We know very well that at 10 against 11 being a goalkeeper will be very busy. I’m very happy to have seen my teammates react this way on the pitch, trying to block balls. That attitude, at 10 against 11, we have to try to keep it all season. I think it was our strength of character that made the difference after the red card. Maybe we’re sick of losing too when you are leading and get a red card or hang your head.”
Coach Kovac added: “It was a very difficult match for us, especially in the second half. We played with 10against 11 after halftime and for a coach it’s never easy because you can’t predict a red card. But the reaction from the team has been very good, like last week. We showed a lot of character and a great fighting spirit in the second half. We are happy to have won, especially since AS Monaco’s last victory was in February. Now we have two weeks to prepare for the next game.”

Photo: Coach Niko Kovac and Benjamin Lecomte by AS Monaco