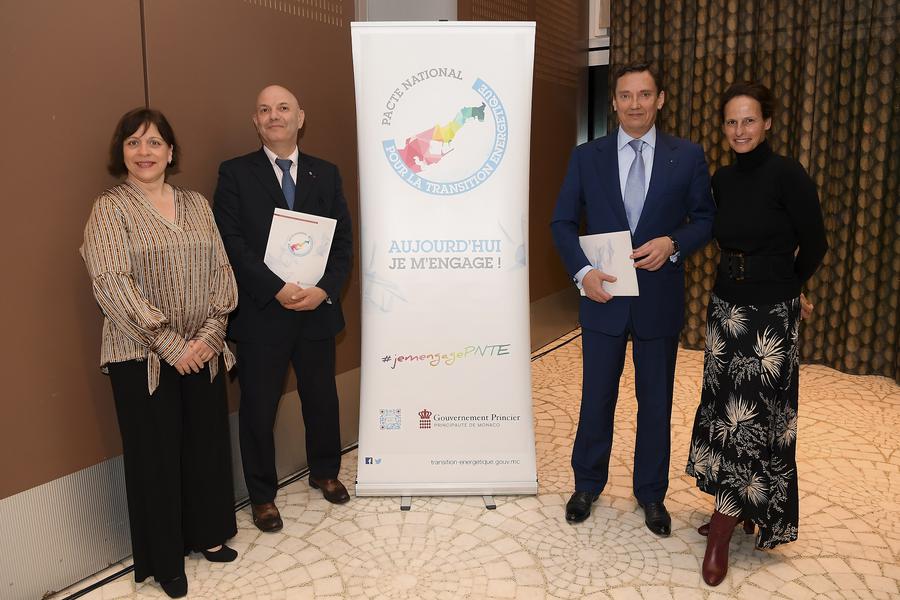 The Association of Honorary Consuls of Monaco (ACHM) has joined a growing list of Monegasque institutions to sign the National Pact for the Energy Transition.
The plenary meeting was held on Thursday 30th January between the Department of External Relations and Cooperation and the ACHM, in the presence of the Ambassadors of France, Italy and Malta, foreign consuls as well as numerous personalities.
The ACHM was created in 2003 under the impetus of Prince Rainier III and currently has 84 honorary consuls members.
The meeting was opened by Isabelle Rosabrunetto, Director General of the Department, who spoke about the strong regard that the government has for the ACHM.
ACHM President and Honorary Consul General of Slovenia Marc Lecourt recalled the foundations of the association, its values ​​and its role, saying: “The ACHM has acquired, over its years of existence and its actions, a unifying role with its members and it also aims to involve them more in the life of the Principality.”
At the request of the ACHM, presentations on the Smart City and the Energy Transition policy of the Prince’s Government were given, after which Marc Lecourt proceeded to sign the National Pact for the Energy Transition.

Photo left to right: Isabelle Rosabrunetto, Director General of the Department of External Relations and Cooperation, Laurent Anselmi, Government Advisor-Minister of External Relations and Cooperation, Marc Lecourt, President of the ACHM and Honorary Consul General of Slovenia in Monaco, Annabelle Jaeger-Seydoux, Director of the Mission for the Energy Transition. © Communication Department / Manuel Vitali