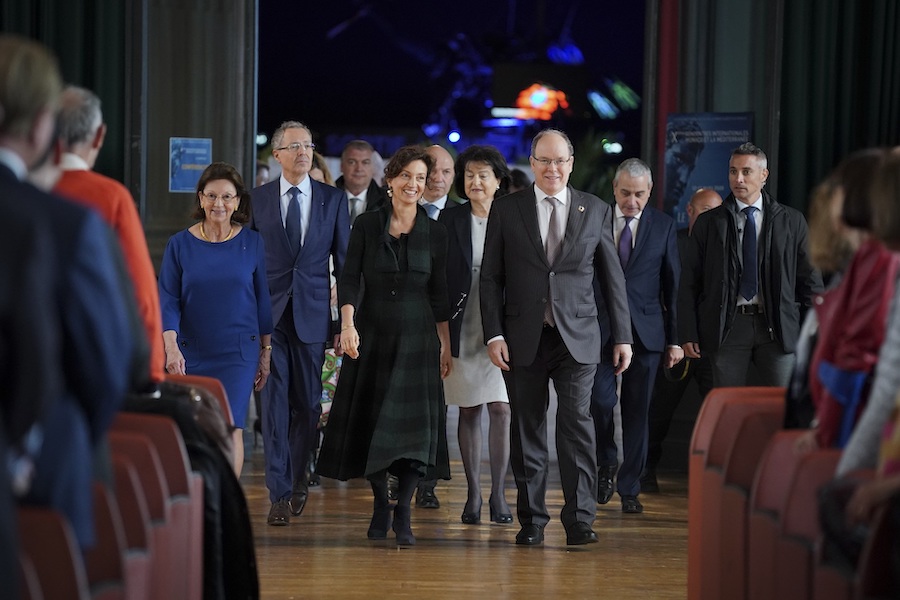 The 10th Monaco and Mediterranean International Meetings (RIMM) has brought together experts to discuss the conservation, reconstruction and rehabilitation of Mediterranean heritage.

The Oceanographic Museum played host to the two-day event, which was launched by HSH Prince Albert II on Thursday 12th March. Several prestigious names were in attendance, including Secretary of State Jacques Boisson, Minister of External Relations and Cooperation Laurent Anselmi, and Ambassador of Monaco to UNESCO Yvette Lambin- Berti.

Established by President and Director Elisabeth Bréaud, RIMM’s mission is to bring together experts from all areas to speak on the biggest modern-day challenges surrounding life in the Mediterranean region and to offer potential solutions to the problems.

Every two years, intellectuals and innovators from the area spend two days exchanging views, holding roundtables, and reporting on their acts and developments since the last gathering. The round tables are open to the public and focus on the topics of conservation, reconstruction and rehabilitation of Mediterranean heritage, in both tangible and intangible ways.

The opening day speeches were given by Audrey Azoulay, Director-General of UNESCO, who thanked the Principality for its “faithful and active support” of all UNESCO’s causes, and by Laurent Stefanini, Ambassador of France in Monaco. At the conclusion of the opening of this 10th edition, the Sovereign Prince presented the RIMM 2020 prize to Ms. Azoulay.

Friday’s agenda included the screening of the film ‘Halfaouine, the child on the terraces’ by Ferid Boughedir, which was presented at the Variety Theatre in collaboration with the Audio-Visual Archives Institute. The filmmaker held a question and answer after the screening.